For the past four years, California-girl / pop-rocker Gwen Stefani and country crooner Blake Shelton have happily proved there's truth to the adage opposites attract. As it turns out, opposites do a pretty good job of attracting kids and relatives, too. Gwen learned that lesson during her first visit with her kids to Blake's ranch in Oklahoma — where Blake wasted no time impressing Gwen and company with his testosterone supported wilderness skills. Gwen shared the anecdote this week during an appearance on "the Kelly Clarkson Show" alongside Blake and their "Voice" co-stars John Legend and Carson Daly. "I remember the first time I went to Oklahoma with my family," Gwen recalled of her then-new romance with Blake (via E! News). "We are, like, from Anaheim," she clarified. "We've never seen even trees before, so, we were like, 'Wow, this is crazy.' And we're, like, driving and Blake's in his truck and there's a tree that had been, like, blown down in the road." At that point, she got up out of her chair and proceeded to demonstrate — in story appropriate cowgirl boots — how her guy dealt with the foliage that was blocking their path. "Blake gets out and he's like, 'Alright,'" she continued, jokingly putting her hands on her hips and puffing her chest out. "And he gets in the back of the truck. He has, like, a big chain and pulls it out. He wraps it around the tree! And my whole family is like …," she says, her eyes wide and her hands up to her open mouth. "'Oh my god!" she says, recalling their reaction. "He's a man!'"

Why Kylie Jenner sold a majority stake in her cosmetics company

Kylie Jenner's recent announcement that she's sold 51 percent of her Kylie Cosmetics and Kylie Skin to Coty came as a surprise to fans, but not to insiders. In fact, sources tell Us Weekly the entrepreneur long planned to partner with a brand that could help her expand her companies' reach. "Kylie's Coty deal has been in the works for a while," said a source close to Kylie. "The [company] will boost distribution and infrastructure." Coty currently has CoverGirl, Clairol, Rimmel and OPI under its umbrella, as well. By partnering with the multinational beauty company, the reality star hopes to build on the success she's already seen with her brands. The $600 million she reportedly snagged in the deal isn't really a game-changer, either, according to the Us source. "Kylie isn't affected by the sale. For her, it just gives her the support to grow the business," says the insider. "She's been working since as early as she can remember, so she's always had a healthy income. This new influx of money won't change her life, unlike other founders who make little money before a sale like this."

If it weren't for "Harry Potter," the world may never have fallen in love with a glittery, bloodsucking Robert Pattinson in "Twilight" — or anything else, for that matter. In a new interview with the Hollywood Foreign Press Association, Rob, 33, opens up about the lasting impact of his 2005 Cedric Diggory role in "Harry Potter and the Goblet of Fire." "It was very special. And I really like that movie as well … I wasn't going to be acting professionally if it wasn't for that," "The Lighthouse" star said. The experience was positive beyond the work aspect, too. In particular, Rob said he appreciated how well everyone involved in the production looked after the young cast members, including Daniel Radcliffe, Emma Watson and Rupert Grint. "It was a really nice environment on 'Harry Potter,'" Rob recalled. "Even compared to movies I've done since, it was very protected, the way the kids were treated. I've watched on movies where you see a kid who's got their tutor and it doesn't exactly seem like they're really going to school. I mean, it's just kind of [like] they are fulfilling a legal requirement. But in 'Harry Potter,' it was like they were at school and they were kind of doing work at the same time."

Jamie Foxx was in a seriously giving mood on Tuesday, Nov. 19. According to Page Six, the actor's performance at a benefit for the Prostate Cancer Foundation in New York City that night had his audience — which included celebs like David Foster, Katharine McPhee and David Geffen — so excited they "got up on their chairs." When he was done rallying support for the good cause, Jamie reportedly wrapped up his night by taking 30 pals to Brooklyn Chop House, where he apparently kept up the party vibe into the wee hours. A source tells the tab that at one point when the music was turned up loud enough, Jamie "jumped up and began salsa dancing with a patron and the waitstaff." Before he finally called it a night at 5 a.m., he plunked down a little token of his appreciation for the servers — in the form of a $2,000 tip.

Kanye West told to stop construction on amphitheater in Wyoming

Kanye West is having more construction permitting problems. This time, the issue is with an amphitheater he reportedly wanted to build on the ranch he recently bought in Wyoming. According to the AP, The Park County Planning and Zoning Commission nixed his request on Tuesday, Nov. 19, after the rapper tweaked his building plan to include residential space. The authorities were also not pleased with how much work 'Ye has already had done on the property, the Cody Enterprise reports. Officials have told reps for Kanye to cease and desist all construction immediately. He reportedly plans to relocate his Adidas Yeezy shoes and clothing HQ to Cody. In September, the Los Angeles Department of Public Works ordered Kanye to demolish the dome-like living structures he was building on his property in Calabasas.

When Kim Kardashian West launched her SKIMS "solutionwear" brand in September, she made a point of using "real women" as models to show off the diversity-embracing styles, which come in a wide range of shades to match more skin tones. Now, she tells E! News, she's thinking about broadening the inclusivity again — and making some options for guys. "I have been asked a lot about the men's question and I would love to do that and I hope that we're working on that soon. There's some fun stuff in the works," Kim told the outlet this week, when she launched four new pieces, all of which run the gamut, size and color-wise. "Everything was important to me of all shades and colors," added Kim, who's spoken in the past about using tea bags to dye her shapewear a color that would better match her skin tone. "I was honestly shocked that it didn't exist, really." She clearly wasn't the only one clamoring for a wider array of options, either — TMZ previously reported the brand sold $2 million worth of products within minutes of its Sept. 10 launch.

Freida Pinto is engaged! The "Slumdog Millionaire" star announced the big news on her Instagram this week — in the sweetest way possible. Sharing photos of herself with photographer Cory Tran, 33, the 35-year-old actress wrote: "It all makes sense now. Life makes sense, the world makes sense, the past tears and trials make sense, what wise old lovers said about love makes sense, where I am makes sense and where I want to go completely makes sense. You my love are just the most beautiful creation to have ever walked into my life. And you are here to stay. Well, I am making you stay. Ha! 😂 All my love with all my heart♥️." Before sharing the post, she added, "Oh and Happiest Birthday sweet Fiancé !" Cory shared the same pics on his Instagram and wrote simply, "The best birthday present I could've asked for. Fiancé.👫." Freida and Cory were first linked romantically in 2018. She previously dated Dev Patel from 2008 until 2014.

Nearly three years after Jane Stuart filed for divorce from "Entourage" alum Kevin Dillon, the former couple's marriage is officially over. People reports the two are set to share joint legal and physical custody of their daughter, Ava, 13, with Kevin paying just under $4,000 a month in child and spousal support. The actor will also be responsible for more than $1.7 million in equalization payments and more than $242,000 towards her share of a brokerage account he'll keep. Other assets, including homes in Malibu, New York and Los Angeles and nine cars, will go to Kevin, while Jane will keep a Ford Escape as well as her clothing and jewelry. Kevin and Jane married in 2006. They reportedly had trouble agreeing about the division of their finances while negotiating the terms of their split.

Look out, world! Mindy Kaling's just one step away from getting her driver's license at the young age of 40. "I passed my written drivers test!" Mindy tweeted on Wednesday, Nov. 20. She then shared the (not so) super-secret devices she used to pass: "My recipe for success was taking 20 back-to-back online tests and reading the entire California Driver Handbook slowly. #grind #yay." Congrats!

Coldplay is set to release their much anticipated new double album, "Everyday Life," on Friday, Nov. 22, but fans will have to wait much longer to see the band perform live. In a new interview with BBC News, Chris Martin said the group intends to put a tour on the back burner for environmental reasons. "We're taking time over the next year or two, to work out how our tour can not only be sustainable [but] how can it be actively beneficial," Chris explained. "Our next tour will be the best possible version of a tour like that, environmentally. We would be disappointed if it's not carbon neutral." Adding that "the flying side of things" will be the most challenging obstacle to overcome, he said they're considering a variety of ways to improve their concerts' impact on the planet. "… For example, our dream is to have a show with no single-use plastic, to have it largely solar-powered," he said. "We've done a lot of big tours at this point. How do we turn it around so it's no so much taking as giving?" 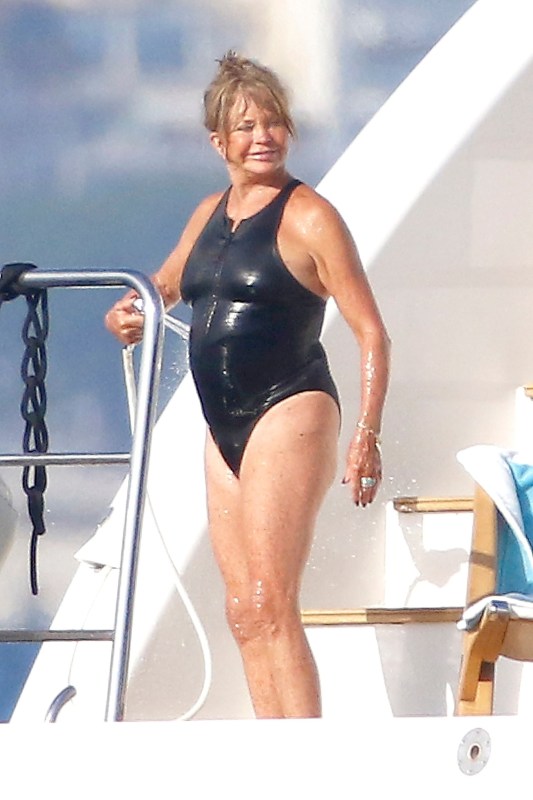