To celebrate the season 4 premiere of the Paramount Network series "Yellowstone" this November, Wonderwall.com is taking a look back at our favorite good-looking leading men of yesteryear when they were young. Keep reading to take a walk down memory lane, starting with this shot of "Yellowstone" star Kevin Costner as a younger man… Kevin was in his mid-30s when he posed for this photo on the set of his 1990 film "Revenge."

Clint Eastwood was a total hunk back in the day. He's seen here in 1955, the same year he made his big screen debut. Yowza!

Robert Redford gives us major Brad Pitt vibes — in the best way possible — in this photo from 1973's "The Way We Were."

Well, hello there, Jeff Bridges. The actor gave off some serious Hemsworth brothers vibes with his look in 1984's "Against All Odds."

A total hunk! Tony Leung — who delivered some incredible moves in his fight scenes as the villain in the 2021 Marvel flick "Shang-Chi and the Legend of the Ten Rings" — looked handsome as a younger man in 2000's "In The Mood For Love."

Mark Harmon has always been such a handsome man! In 1986's "Let's Get Harry," the "NCIS" star looked super-suave. That smolder!

Kurt Russell was a handsome young man when he portrayed Morgan Beaudine on the TV show "The Quest" in 1976.

It's been nearly five long decades since Nick Nolte starred in 1977's "The Deep." If only we could turn back time!

Christopher Plummer, who passed away at 91 on Feb. 5, 2021, is seen here in his most iconic role. The world fell in love with the future Oscar winner when he portrayed Captain von Trapp in the 1965 film adaptation of "The Sound of Music."

When Brad Pitt appeared opposite Geena Davis in 1991's "Thelma & Louise," he solidified himself as a Hollywood heartthrob for decades to come.

Richard Gere has always been incredibly good-looking. The "Pretty Woman" star looks like a total hunk in this still from 1977's "Looking for Mr. Goodbar."

George Clooney has been a handsome devil for decades. He's seen here as George Burnett on "The Facts of Life" in 1985.

James Earl Jones looked H-O-T in 1963 opposite Diana Sands in "East Side/West Side."

Those eyes! That hair! Alec Baldwin looked gorgeous — and a little Ryan Gosling-esque — on the set of "Knots Landing" in 1985.

Liam Neeson has always been a total heartthrob! The Northern Irish actor, seen here in 1988, was a hottie long before we fell for him in films like "Love Actually" and "Taken."

We've always wondered how Jon Voight spawned the beauty that is Angelina Jolie. After taking a look back at him in 1969's "Midnight Cowboy," we finally get it.

Mel Gibson launched his acting career back in the late '70s, but he's been through so much since then that we often forget how he became such a huge star in the first place. Here's a reminder: Once upon a time — specifically in 1981's "Gallipoli" — Mel was a total hottie!

Let's be honest — Denzel Washington has always been a dreamboat! He's seen here during a photoshoot in the '80s. During that decade, the Academy Award-winning actor appeared in films like "Carbon Copy," "Power," "Cry Freedom" and "Glory."

Kids these day might not understand why Johnny Depp was once considered the hottest man in Hollywood. Well, just look at those cheekbones circa 1990 when he starred in "Cry-Baby."

Let's just say Sean Connery wasn't cast to portray James Bond throughout the '60s because he was bad-looking. Here he is in 1957's "Hell Drivers."

No matter how old Harrison Ford gets, we'll always remember him when he looked like this in 1967's "Bonnie and Clyde" — and when he portrayed two of pop culture's hottest heroes: Indiana Jones and Han Solo.

Back in the day, Al Pacino was a stud. He had a handsome-meets-broody thing going on in the 1971 drama "Panic in Needle Park."

Mr. Feeny, is that you?! Before he charmed viewers as the lovable teacher on "Boy Meets World," William Daniels was a heartbreaker! He's seen here in 1965.

Hello, Christopher Walken! The Oscar winner wasn't always known for his crazy hair and even crazier eyes. He was just crazy good-looking back in 1976's "Next Stop, Greenwich Village."

Swoon! Now we know why a young Warren Beatty broke so many hearts early in his Hollywood career.

Back in 1975, Chevy Chase looked like the sexy yet silly love child of Harrison Ford and Andy Samberg. Yum!

Get a load of Martin Sheen opposite Sissy Spacek in 1973's "Badlands." He looks like James Dean, no?

Constant hard partying and binging on tiger blood did nothing for Charlie Sheen's looks. But boy, was he hot in 1988's "Young Guns."

Yes, Pierce Brosnan has always been gorgeous. He looked dapper in a promotional photo for "Remington Steele" back in the '80s.

Danny Glover sure looked handsome when he starred in "The Color Purple" in 1985.

How cute was John Slattery in the '90s? The "Mad Men" and "Sex and the City" silver fox is pictured here filming an episode of the series "Under Cover" in 1990. From his adorable round specs to his curly dark hair, what's not to love?

There was a time when Dustin Hoffman was thought to be one of the hunkiest men in Hollywood. Considering the way he looks in the iconic 1972 film "The Graduate," we definitely understand why.

William Shatner might be more silly than sexy these days, but there's a reason Captain Kirk was such a hit with the ladies!

Whoa! Kevin Bacon was so young and handsome when he starred in 1984's "Footloose."

Nearly 20 years before he won an Oscar for "The Silence of the Lambs," Welsh actor Anthony Hopkins looked young and handsome as he posed for a portrait in 1971 — just a few years after he made a name for himself on the London stage and in the film "The Lion in Winter."

We've absolutely adored Ian McKellen for a while now — even before we realized that back in 1974, he looked like this!

In addition to being a total inspiration, Sylvester Stallone was also a brooding hunk early in his career. When "Rocky" came out in 1976, the world got its first dose of the multi-talented actor.

Another undisputed '80s heartthrob? None other than Perry King. Best known for his work on the series "Riptide" and in the film "The Hasty Heart," which also earned him a Golden Globe nomination, Perry's suave look made audiences swoon.

If you've seen him in 1987's "Dirty Dancing," then you'll understand why Patrick Swayze was named People magazine's Sexiest Man Alive in 1991. The late actor was undeniably talented and handsome — it's no wonder the "Ghost" star was one of Hollywood's most beloved romantic leads.

If only Mickey Rourke hadn't sustained injuries to his face during his stint as a professional boxer during the early '90s, he might still look like he did in "9 1/2 Weeks."

When we think rom-com, we think Hugh Grant. The English actor, who scored leading roles in notable romantic films like "Notting Hill" and "Bridget Jones's Diary," looked as charming as ever in 1994's "Four Weddings and A Funeral."

Don Johnson smoldered in a promotional photo for NBC's "Miami Vice" in 1984.

Back when he was a young man, Gary Oldman let loose his inner hipster in 1988's "We Think the World of You." And we liked it!

Well, hello there! Mads Mikkelsen found fame in his native Denmark with his work in 1996's "Pusher" and global fame a decade later when he played a villain in the 2006 James Bond film "Casino Royale." Mads and his cheekbones are seen here at the 2003 Sundance Film Festival.

It's been more than 30 years since we saw Daniel Day-Lewis in the 1988 film "Stars and Bars." The acclaimed actor was certainly easy on the eyes!

We're not gonna lie: We've always had a crush on Benicio Del Toro. After seeing this pic of him as a young James Bond villain in 1989's "License to Kill," you'll understand why!

Gerard Butler, you handsome Scottish devil! The "300" star is seen here back in 1999 when he was on the TV show "Lucy Sullivan is Getting Married."

So handsome! Before he captured our hearts as heroic Iron Man and Tony Stark, Robert Downey Jr. looked like the ultimate bad boy. He's seen here in 1987's "Less Than Zero."

While comedian Jon Stewart definitely looks good sporting silver hair nowadays, there was once a time when he rocked luscious brown locks! Pictured here at the premiere of "The Waterboy" in 1998, John looked super-handsome (and stylish). 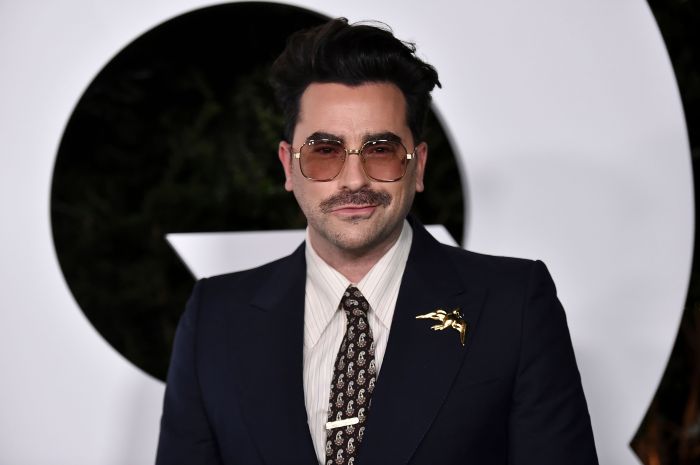