We already knew they were good looking, but did you know that some of your favorite Hollywood hunks were models before they transitioned to acting? Yep! Take "50 Shades of Gray" heartthrob Jamie Dornan, for example. The Northern Irish actor was a super-successful model before he ever memorized lines, landing campaigns for designers like Calvin Klein and Armani. In honor of Jamie's 38th birthday on May 1, 2020, Wonderwall.com is rounding up more male models-turned-actors. Keep reading for more…

A young James Marsden appeared in a Versace campaign shot by Bruce Weber in the mid-'90s. He'd already established himself as a successful model as he pursued acting gigs, which early on included roles on shows like "The Nanny," "Party of Five" and "Blossom" throughout the '90s. In 2000, he landed his biggest role yet — Scott Summers aka Cyclops in "X-Men," a role he reprised in two sequels.

Djimon Hounsou was down on his luck and homeless when he fortuitously met fashion designer Thierry Mugler, who inspired him to enter the modeling world. Then living in Paris, Djimon made a name for himself in the industry before moving to the States and trying his hand at acting. He had bit roles on "Beverly Hills, 90210" and "ER" at the beginning of his career and earned a Golden Globe nomination for his work in 1997's "Amistad." In more recent years, he's played Korath in the Marvel Cinematic Universe and voiced Fisherman King Ricou in "Aquaman." He'll next star in "A Quiet Place Part II."

Another pretty face who's modeled for Calvin Klein is Ashton Kutcher! Before becoming a household name on "That '70s Show," Ashton was hitting runways in Paris and Milan during the cities' fashion weeks.

Long before he landed his gig on "Grey's Anatomy," Justin Chambers was discovered by a modeling scout. He booked gigs with some seriously major clients including Armani, Dolce & Gabbana and Calvin Klein before eventually deciding to try acting in the '90s. He worked on soap operas "Another World" and "Four Corners" before moving on to movies like "Liberty Heights" in 1999 and "The Wedding Planner" in 2001, but 2004 would be the year that changed his life when he scored the part of Dr. Alex Karev on "Grey's."

These days he's a massive movie star, but Channing Tatum started out as a model in the early '00s. He worked for Armani, Nautica, Dolce & Gabbana, American Eagle Outfitters and Abercrombie & Fitch early in his career. In 2004, he scored his first acting role on an episode of "CSI: Miami." This led to some big-screen appearances, most notably in 2006's "Step Up" opposite future ex-wife Jenna Dewan. Since then, he's starred in films like "Magic Mike" and "21 Jump Street" in 2012, "Foxcatcher" in 2014 and "Logan Lucky" in 2017.

Since his mom was a booker at a modeling agency, it was only natural for Robert Pattinson to try out modeling at a young age. Though he never booked a major campaign, practicing brooding likely helped him land the biggest role of his career years later in 2008 when he started playing vampire Edward Cullen in "The Twilight Saga."

These days he's an Oscar-nominated actor, but Mark Wahlberg modeled before he made his acting debut in the TV movie "The Substitute" in 1993. The year after his music group, Marky Mark and the Funky Bunch, hit No. 1 on the Billboard 100 with their song "Good Vibrations," he famously appeared in a series of Calvin Klein underwear ads with supermodel Kate Moss.

Eric Winter modeled for Tommy Hilfiger and even landed a commercial for the Britney Spears fragrance Curious in the early aughts. From there, he switched things up and started acting. His best known roles since have been on "The Mentalist" in 2012 and 2013 and "Witches of East End" in 2013 and 2014.

Mehcad Brooks is another actor who made a living modeling Calvin Klein underwear. His acting transition happened in 2005 when he landed a role on "Desperate Housewives." Since then, he's had roles on "The Game," "True Blood" and, most recently, as James Olsen on "Supergirl."

Ian Somerhalder was a child model! He worked from the ages of 10 to 13 but later, in his teens, he decided he preferred acting. He got his first gig in 2000 on the WB show "Young Americans," and four years later he made a name for himself when he was cast as Boone on "Lost." His other biggest role came later when he played Damon Salvatore on "The Vampire Diaries" from 2009 to 2017.

Before Boyd Holbrook pivoted to acting, he was walking major runways and landing impressive campaigns in the modeling world, working for designers like Gucci, Jean Paul Gaultier, Moschino and Marc Jacobs. His first acting role came in 2008's "Milk," but it was his role on Netflix's "Narcos" in 2015 that really put him on the map.

Did you know Josh Duhamel started out as a model? And an award-winning one at that! He took home the title of Male Model of the Year in an International Modeling and Talent Association competition in 1997 (beating out Ashton Kutcher, who came in second!). Two years later, he landed his first big acting gig playing Leo du Pres on the soap opera "All My Children."

Tyson Beckford's beautiful face most famously modeled for Ralph Lauren in the '90s, leading him to become one of the most successful male supermodels ever. It wasn't long until Hollywood came knocking: He played himself in "Zoolander" in 2001 and appeared in other '00s films like "Biker Boyz" and "Into the Blue." He also made a name for himself in the reality television sector, appearing on "America's Next Top Model" and hosting Bravo's "Make Me a Supermodel" for two seasons.

Antonio Sabato Jr. landed one of the most sought-after gigs in the modeling biz — he was an underwear model for Calvin Klein — early in his career. He then won fans playing Jagger Cates on daytime's "General Hospital" before making an even bigger name for himself on "Melrose Place" in the '90s as Jack Perezi. He found continued acting success on the small screen on more soap operas, most notably as Dante Damiano on "The Bold and the Beautiful" in the '00s.

This might not be a shocker, but before Kellan Lutz's handsome face landed him the role of Emmett Cullen in the "Twilight" films starting in 2008, he made money as a model. He modeled as a teen and eventually moved on to acting with a role on "The Bold and the Beautiful" in 2004.

Though most people got to know him as Sawyer on "Lost," Josh Holloway had an impressive modeling career well before he landed his first acting role. He modeled for Donna Karan, Dolce & Gabbana and Calvin Klein, just to name a few, in the '90s. Then in 1999, he landed his first role — a one-time part on an episode of "Angel." Five years later, he got his big break on "Lost."

Back in the '90s, Tom Welling was working construction when he was discovered by a modeling scout. As he pursued acting, he was also landing gigs for Tommy Hilfiger, Abercrombie & Fitch and Calvin Klein. In 2001, Tom scored his breakout role as Clark Kent on the WB's "Smallville" — a role he reprised on an episode of "Batwoman" in 2019.

"Criminal Minds" star Shemar Moore first made a name for himself in the modeling world. After honing those skills, he landed the role that made him famous — Malcolm Winters on the daytime soap "The Young and the Restless." He played the part from 1994 to 2005 and returned to reprise his character in 2014 and 2019.

He might be best known for playing Nolan on "Revenge," but Gabriel Mann was actually a runway model before moving on to acting. He more recently snagged a two-episode arch on "The Blacklist" and appeared on Netflix's "What/If."

Stefanie Keenan / Getty Images for A Sense of Home 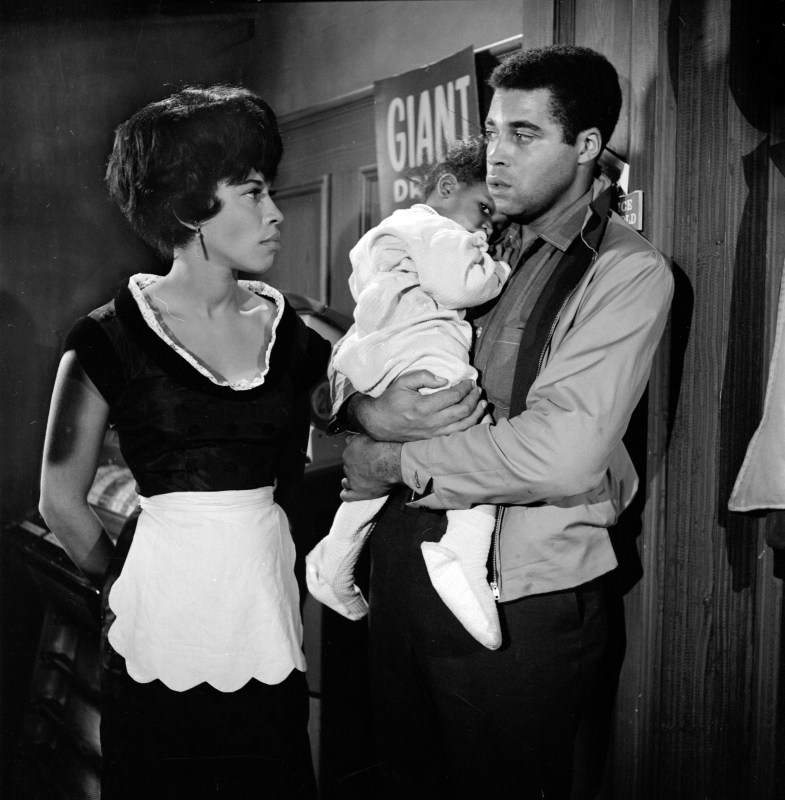