Liza Minnelli was "forced" to go on the 2022 Oscars stage in her wheelchair after begging producers to let her sit in a director's chair, a longtime friend claimed. While on SirusXM's "The Jess Cagle Show," jazz singer Michael Feinstein said, "You know, that whole thing was, she was sabotaged. That's the terrible word to use, but she only agreed to appear on the Oscars if she would be in the director's chair, 'cause she's been having back trouble. She said, 'I don't want people to see me limping out there.' She said, 'You know, I wanna look good. I don't want people to worry about me.'" Everything was going according to plan until Will Smith slapped Chris Rock. "Literally five minutes before she went on, when she sat in the director's chair back there, and because every, I guess they were all shaken up because of everything that had happened earlier, the stage manager said, 'Well, she has to be in a wheelchair' and Liza pleaded," Michael said. While Liza begged for her wants to be met, organizers allegedly issued an ultimatum: go out in a wheelchair or go home. "She was nervous. I mean, and it made her look like she was out of it. And she was just so shaken up that it was," Michael said. "Can you imagine being suddenly forced to be seen by millions of people the way you don't wanna be seen? That's what happened to her. And she was very disappointed at that… and it was not what was agreed to."

A$AP Rocky was arrested at LAX Airport in Los Angeles on April 20 in connection with a November 2021 shooting in which the victim claimed the rapper approached him on the street with a handgun and fired three to four times. A bullet allegedly grazed the victim's left hand. NBC News reported that Rocky was met by police, who also executed a search warrant for his home, at the terminal and was taken away in handcuffs. The rapper eventually was released from jail after posting $550,000 bond. Rocky's airport arrest followed a visit to Barbados with his pregnant girlfriend, Rihanna. NBC

Johnny Depp took the witness stand this week in his defamation case against ex-wife Amber Heard — and he made some bombastic claims. Over the course of his testimony, the actor acknowledged his past drug use and said Amber has also abused drugs and alcohol. He also said he never laid a finger on his ex, despite her allegations otherwise. "Never did I myself reach the point of striking Ms. Heard in any way nor have I ever struck any woman in my life," he said. On the second day of his testimony, he argued that Amber made suicidal threats and alleged that she was abusive toward him on several occasions. He also claimed that Amber hit him with a vodka bottle, which severed his fingertip. It was after this incident that he decided it was time for a divorce. On April 21, Amber's team continued to bring up Johnny's admitted drug abuse, sharing an image of cocaine on a table.

NeNe Leakes filed a bombshell lawsuit against Bravo, NBCUniversal, Andy Cohen and "The Real Housewives of Atlanta" production companies True Entertainment and Truly Original in federal court accusing them of racism and fostering a hostile work environment. In legal terms, she says they violated federal employment and anti-discrimination laws. In the lawsuit, filed on April 20, NeNe argues that "NBC, Bravo and True foster a corporate and workplace culture in which racially-insensitive and inappropriate behavior is tolerated — if not, encouraged." NeNe also alleged that former friend and co-star Kim Zolciak-Biermann made racist comments for years and used the N-word yet wasn't reprimanded while NeNe was punished for informing execs. She's asking for unspecified damages.

Another week, another Ezra Miller arrest. On April 19, the "Justice League" and "Fantastic Beasts and Where to Find Them" franchise star was arrested for the second time in three weeks — this time for second-degree assault after an incident in Pāhoa, Hawaii. According to police, Puna district patrol officers responded when someone was injured at a get-together at a private residence. Ezra allegedly "became irate after being asked to leave and reportedly threw a chair, striking a 26-year-old female on the forehead, resulting in an approximate half-inch cut," authorities stated. Three weeks earlier, Ezra was arrested at a bar in Hilo, Hawaii, and charged with disorderly conduct and harassment.

Say hello to the bride-to-be. On April 20, Sofia Richie announced that she and her boyfriend of a year, Elliot Grainge, are engaged. "Forever isn't long enough," she captioned two photos on Instagram — one showing Elliot popping the question while down on one knee atop a bed of white rose petals surrounded by candles outside at Hawaii's Four Seasons Hualalai and a second of herself kissing him and showing off her diamond ring. Elliot — a music executive who's the son of Universal Music Group Chairman and CEO Lucian Grainge — also posted a photo kissing his fiancé. "She said yes," he wrote alongside the image.

Cause of death revealed

Actor Rio Hackford died of a rare form of cancer, it was announced on April 19. The son of director Taylor Hackford and first wife Georgie Lowres — and the stepson of actress Helen Mirren — passed away on April 14 at 51 in Huntington Beach, California. "Rio died of uveal melanoma, a very aggressive and rare form of cancer," Taylor and Helen said in a statement. "We would beg everyone reading this to get their eyes tested at least once a year, which might save their loved ones from this cancer." Rio appeared on "The Mandalorian," "Pam & Tommy," "Treme," "American Crime Story" and more.

Five years after Blac Chyna filed a $100 million defamation case against the Kardashian family, the trial is finally underway. The first few days of the civil case were rather explosive. At one point, Chyna acknowledged pointing a gun at then-boyfriend Rob Kardashian's head but said it was done in jest. She was also joking when she wrapped an iPhone cord around his neck, she said. On April 21, Chyna broke down while speaking about Rob posting unclothed pictures of her on the internet. Kim Kardashian, Khloe Kardashian, Kylie Jenner and Kris Jenner have all attended court proceedings so far. Chyna has alleged that the family sullied her name and got her "Rob & Chyna" reality TV show canceled after she and Rob split. (Interestingly, she acknowledged that the show, which aired on E! for just one season, couldn't go on due to the fact that she obtained a temporary restraining order against her ex.) The trial will continue next week. 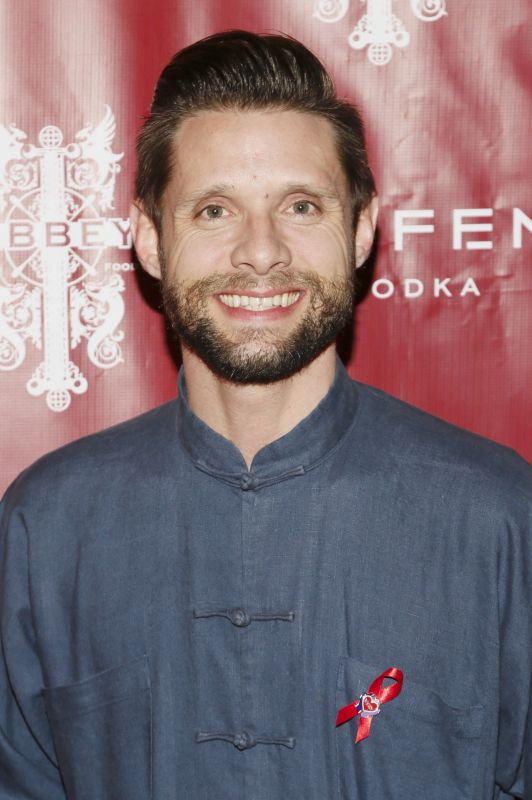