If you need some inspiration to stay healthy this month, you might consider sticking a recent photo of Jonah Hill in the old wallet. The 32-year-old "War Dogs" star, who's struggled with his weight in the past, has more than just a Golden Globe nomination to celebrate these days. He stepped out in Los Angeles this week looking slim and trim as ever, marking a dramatic departure from the heavy physique he had to embrace last year for his role in the new film, which tells the true story of a couple of regular guys who manage to land a lucrative Pentagon contract to deal arms to the United States' allies in Afghanistan. "I tried to be healthier," he's said in the past (via the Daily Mail). "I still drink beer – that's my Achilles' heel I think … I went to a nutritionist and I said, "I'll lose weight, I'll eat healthier and whatever, but figure out how I can drink beer. It's so annoying because if I don't drink beer I get really thin, and then when I drink beer I get a little bigger." Whatever he's doing, it's working!

Miley Cyrus is 'being secretive' about wedding plans

After their high-profile romance and breakup, it's understandable if Miley Cyrus and Liam Hemsworth want to keep things under wraps now that they're together again. And it seems the on-again couple intend to continue staying mum when it comes to their rumored wedding. "Miley's usually really open, but this is one thing she's being secretive about," a source recently told OK magazine, according to Celebuzz. "She doesn't want any of the details getting out. She's sworn her family to secrecy. They've all made a pact not to say anything." The pair are expected to wed in Liam's native Australia. According to OK, they're considering a venue near Byron Bay.

Mindy Kaling gets a lesson in celebrity from Rihanna

If you think it sounds cool and glamorous to star "Ocean's Eight" with Cate Blanchett, Helena Bonham Carter, Sandra Bullock, Anne Hathaway, Sarah Paulson and Rihanna, think again. "With that group of women, I've never felt so unfamous in my life," said Mindy Kaling this week on "Late Night with Seth Meyers" (via E! News). "Like, I thought I was pretty cool. I have my own show," she continued. "People think I'm Sandra Bullock's assistant and they're like, 'Get out of the way! We need to bring Sandra her matcha tea.' I'm like, 'I'm in a scene with her. I'm not her assistant.' Then I'm like, 'OK! Whatever. I'll give her her matcha tea. Might as well.'" She went on to explain that even the combined starpower of the actresses involved has been no match, interest-wise, to Rihanna. "There's movie/TV famous, and then there's international pop star famous, which is at a whole other level," Mindy said. "We shot a scene, all eight of us together recently, and when we walked outside, there was this huge paparazzi [swarm]. I was talking to Anne Hathaway and Rihanna was kind of behind us. And there was a sea of paparazzi taking photos and all that. I was feeling kind of cool and famous. Then Rihanna took a left to her trailer, which was not in the same direction that me and Anne were going, and the paparazzi left so quickly. … Just for the record, I'm wearing a gorgeous coat. I'm showing a lot of leg [and wearing] expensive shoes. Anne is wearing a leopard coat. Rihanna's wearing a full parka and baggy jeans! They shoved me out of the way to get to her. 'Get out of the way, Sandra Bullock's assistant! We want to talk to Rihanna!'"

Emmy Rossum will return to 'Shameless' after salary negotiation

Jessica Chastain recently declared the gender pay gap won't close until women start asking for more money. Now, Emmy Rossum appears to have proved Jessica's theory works. The "Shameless" star reportedly refused to return to the hit show until her pay represented an amount on par with her costar, William H. Macy — plus retroactive remuneration for the years when he made much more than she did for the same screen time (William has defended her, saying she deserves "everything" she's asked for, pay-wise). On Tuesday, Dec. 14, Emmy shared a tweet that sounded as if her demands had been accepted. "Playing Fiona Gallagher has been one of the great privileges of my life," she wrote. "I'm so happy to continue w my SHAMELESS family!Back to work in May!"

Jay Mohr and his wife of 10 years, Nikki Cox, are calling it quits after all. Five months after Jay filed for divorce and requested full custody of the couple's son, then called off the proceedings, he filed a second time this week, according to TMZ. When Jay and Nikki gave their relationship another chance this summer, the actor reportedly told the website they were "very in love" and "very happy." He's currently asking for joint legal and physical custody of their 5-year-old son. Jay previously suggested he should have custody due to Nikki's alleged depression and drug use.

Yikes. After multiple unwanted visits and strange emails from a woman who has claimed to be in love with Jodie Foster, the director's wife, Alexandra Hedison, finally has a restraining order that requires the Celine Martelleur to stay 100 yards away from the couple and their children, according to TMZ. The website reports Celine has shown up at the couple's home in the Beverly Hills section of Los Angeles on more than one occasion and sent correspondence that read, "I am still in Toronto until next month. I am around avoiding cops. Jodie is in my thoughts every minute." Most recently, Celine rang the buzzer at Jodie and Alexandra's gate. Alexandra asked the visitor to identify herself and the woman responded, "Celine, you should know who it is."

Natalie Portman has a secret past — as an environmentalist singer. The expectant actress swung through James Corden's "Late Late Show" this week, where she admitted that she had been part of an eight-person singing group around the age of 9. "I was really dorky, OK!?" she asked (via the Daily Mail), hoping to dismiss the topic. The show host had other plans. After saying sarcastically, "If only we had a clip of the World Patrol Kids …," he shared a video of Natalie circa 1990 and it was, well, super 1990. Later, after admitting she'd always wanted siblings having grown up as a only child, James asked how she entertained herself as a kid. Her answer? Making her dolls have sex. "When I was little they had complicated relationships," she said, before asking the audience, "Is that weird? I thought everyone was going to go, "me too!" No?" According to the audience's reaaction or lack thereof … no. "OK," Natalie said. "I'm a pervert." News that Natalie and her husband, Benjamin Millepied, are expecting their second child, surfaced in September.

How Matthew McConaughey's kids feel about him being in 'Sing'

Having Matthew McConaughey for a father doesn't seem to garner a lot of "oohs" and "ahhs" for the actor at home with his three kids. Speaking to E! News about his voice role in the kids' movie, "Sing," Matthew revealed his 6-year-old, Vida, has a favorite character in the film — and it's not her dad. "My daughter's already got a crush on one," Matthew said. "You'll see, it's the gorilla. Wait until you hear the gorilla's voice." Still, he added, Vida and her brothers, Levi and Livingston, think it's cool their pop is involved. "They love it, I'm Buster Moon around the house now," he said. "They were glad I did it but they were into these other characters." "Sing" lands in theaters Dec. 21.

Blac Chyna: Kris Jenner is like a second mother to me

New mom Blac Chyna's not just bonding with her daughter Dream these days — she's also growing close to Kris Jenner. "Everybody always talks about mother-in-laws and how they can be," Chyna recently told E! News of her fiance's mom. "But Kris is totally different, you know always willing to give me personal, good advice. With everything from like health insurance to talking to her about Rob and future plans and everything in between." She added: "Kris is like a second mother to me." 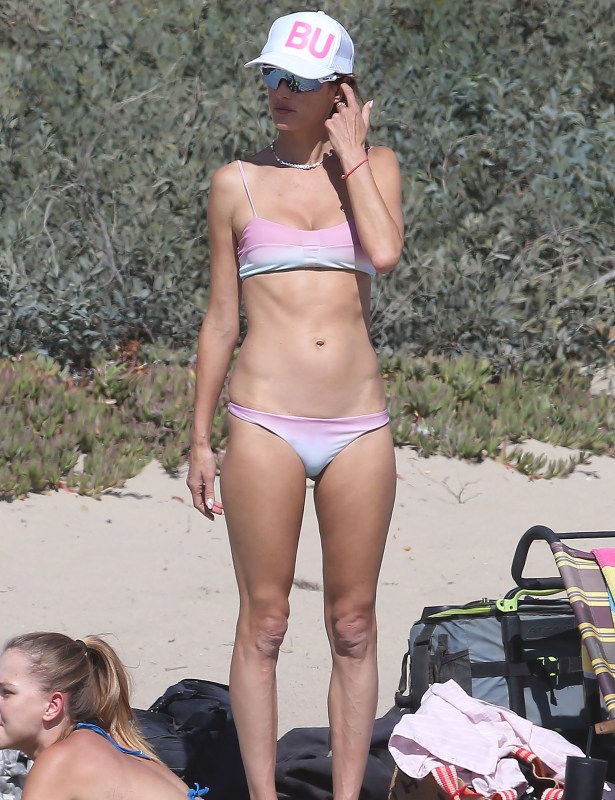