It's that time again! Time to round up all the ways the stars are vastly different from us regular folk. First up this month? The one and only Kim Kardashian West. How much do you make an hour? When you're Kim, that figure can be staggering. The star launched her own beauty line featuring a cream contouring and highlighting kit in June 2017, which earned her an estimated $14.4 million as it sold out in less than three hours.

Imagine going through a ton of life changes in a matter of months, like welcoming a baby and then filing for divorce. For celebrities, these big events often attract attention — sometimes enough to net them their own reality show. Case in point? Janet Jackson, who is reportedly talking to Netflix about filming a docu-series chronicling her life after her spring 2017 split from husband Wissam Al Mana, which would also cover the star recording in the studio and preparing for her upcoming European and Asian tours.

Celebrity liquor brands are big business! George Clooney and Cindy Crawford's husband Rande Gerber's hugely successful tequila company, Casamigos, sold for a lot of money in June 2017 — $1 billion to be exact. The craziest part? The two buddies started the brand as a passion project, originally just collecting tequilas to drink with their friends.

Social media fights aren't just for celebrities, but feuding with a major designer? Miley Cyrus did just that in June 2017 when she posted a shout-out to younger brother Braison congratulating him on walking in Dolce & Gabbana's latest fashion show while also noting that she doesn't condone the brand's politics. Stefano Gabbana himself caught wind of it and an Instagram battle ensued — in which the designer called the pop star "ignorant" and promised to not work with her brother again.

Most people can only dream of winning an Oscar. And of the lucky stars who receive the honor, most opt to display their statue with pride — but not Richard Dreyfuss! The actor actually keeps his esteemed trophy in his refrigerator! Though it sounds crazy, his reasoning is pretty sane. In June 2017, Richard told The Hollywood Reporter, "I don't like to brag, but I like everyone to know about it. Sooner or later, I know they are all going to go to the refrigerator." Makes sense to us!

Most people meet their significant others online these days, but if you're among the rich and famous, you're in a different dating pool. Take Mischa Barton, for example! The actress recently linked up with Australian model James Abercrombie — who also just happens to be the heir to a massive fortune — after meeting up with him at a party in Los Angeles. James' businessman father is worth a reported $574 million.

Can you imagine being a household name… and then changing it? Well, that's kind of what Jay Z just did: The music star is officially opting to change the look of his name from Jay Z to JAY – Z. Vulture reported in June 2017 that Beyonce's husband is making the swap to coincide with the release of an upcoming album, "4:44," but there's been no official word on why he's now spelling it with all-capital letters and adding the hyphen back. This wouldn't be the first time Jay changed up his moniker — he previously dropped the hyphen, making this his second name change.

Love clothes and accessories? If you're a celebrity, then you start your own line of both, like Celine Dion! The star recently announced she was partnering with Nordstrom for a Fall 2017 lifestyle collection, which will cover not only clothes but totes and backpacks. It hits stores in August!

Nick Cannon is looking to unload an old pair of shoes, but they're not just any shoes! The star owns a pair of $2 million custom Tom Ford loafers that are reportedly the most expensive shoes in the world, and he's ready to part ways with them — for a good cause! Nick wore the diamond-encrusted slip-ons back in 2014 for the "America's Got Talent" finale (pictured here). He hopes they'll sell for a pretty penny so he can donate all of the proceeds to charity.

When you're rich and famous, not just any botox will do. Oh, no. Meghan Markle reportedly got a tip from her soon-to-be future sister-in-law, Duchess Kate, and learned that the royal was utilizing an organic botox instead of what most people are having injected into their faces. Among the elite, like Michelle Obama and Kim Kardashian West, the latest craze is Biotulin gel, which is applied topically.

Got an extra $100,000 lying around? We didn't think so. But celebrities do, and occasionally, they put that money toward a good cause. Our most recent superstar do-gooder? The Weeknd! In early June 2017, E! News revealed that the singer donated $100,000 to a maternity center in Uganda, which will help the Suubi Health Center finish work on a maternity clinic, which will allow it to serve five times more patients.

It's definitely tough settling on a baby name, and when you're a celeb, you sometimes have to take into account that it might need to be trademarked! Beyonce is currently fighting for her right to trademark daughter Blue Ivy Carter's name more than five years after filing for the trademark after being opposed by an event planner whose company was named Blue Ivy long before Bey's child was born. 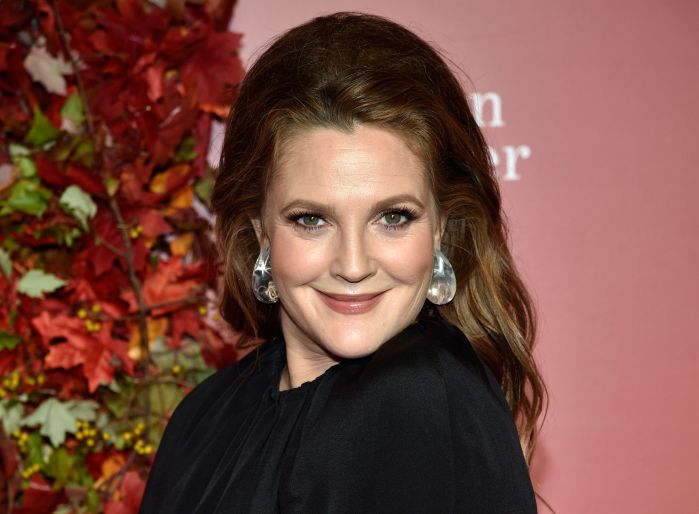