Kristen Bell's daughter forces her to be Elsa for Halloween

The world can never have too many Elsas — at least, that's how Kristen Bell and Dax Shepard's daughter sees things. Over the weekend Kristen, who voiced Princess Anna in "Frozen," shared a photo of herself wearing a blue Elsa gown and a determined, if clearly unhappy, expression on her face. "When your daughter demands you BOTH be ELSA for Halloween…you GRIN AND FORKING BEAR IT. #halloween," she captioned the shot. It seems Kristen's had no luck convincing her daughters that the princess she played in the "Frozen" franchise is, in fact, cooler than Queen Elsa. "Despite how hard I tried, we're not an Anna family. Sad but true," the actress told USA Today last week. The fact that "Frozen" came out back in 2013 hasn't caused Kristen's older daughter, Lincoln, to change her tune about her love for Elsa, either. "I even told her, 'You are 4 years old. You are supposed to have your finger on the pulse, you're two years too late to be doing this," she joked. Hey, there's always next year!

Adele returns to social media with an amazing, if confusing, Halloween costume

It's a witch! It's a clown! It's … Beyonce? Those are a few of the suggestions that appeared in comments on a photo Adele posted over the weekend, showing off her glittery Halloween costume. "Happy Early Halloween & Happy Birthday Gorgeous ❤️," the singer, who recently canceled her remaining tour dates due to more damaged vocal cords, wrote alongside the adorable pic. Though followers couldn't decide exactly what she was supposed to be — we're leaning towards clown — they responded with plenty of heart Emojis, "yassss queen" remarks and tons of love.

After suffering multiple seizures, Bethenny Frankel's dog has passed away. The "Real Housewives" alum had been sharing updates on her pooch, Cookie, over the weekend. On Monday, Oct. 30, she announced the 17-year-old pup had not recovered. "My @cookiedabooboo is gone. Bless her furry heart…," Bethenny tweeted. According to her Instagram (via Us Weekly), Cookie started convulsing while Bethenny and her daughter, Bryn, were in the Hamptons. "Do I take her to a vet? … What do I do?" she asked on social media on Saturday, Oct. 29. "My daughter's watching this and we have to do something. The vet is 40 minutes away. … I'm in a bad place," she wrote. Bethenny and Bryn apparently did get Cookie to a vet, but she continued to have a high fever. "Thanks for the love. @cookiedabooboo is alive but had a very high temp & 45 min seizure so she's resting at hospital. Not time yet," Bethenny tweeted the day after the first seizure. "She is 17 & did have 108 fever & 45 mins of seizures, but she licked Bryn & reacted to my belly rubs. Better today but TBD @toyisland8 xo. I'm grateful. People are loving & caring. Part of me thinks the crap in the world is to bring us closer & make us better. Thank you." Bethenny later shared that Cookie had suffered two more seizures. "My heart is broken," she tweeted.

Looks like Justin Bieber and Selena Gomez are taking a serious stab at the amicable exes game. The former couple spent virtually the entire day and evening together on Sunday, Oct. 29. In the morning, the pair stepped out to get breakfast at Joi Cafe in Los Angeles. They also attended church together before heading to Justin's house for the afternoon. Later that evening, photos on TMZ showed Justin's car arriving at Selena's home. According to the Daily Mail, the two have been seen together at least three times in the past week. And while insiders tell TMZ Selena's boyfriend The Weeknd "doesn't care" that she's spending time with her ex, the singer and actress' family is said to be less pleased with the situation. Speaking to TMZ, one relative called Justin "a vile human" who "will never be accepted" Selena's family. "As long as she is even speaking to him in any way, it is not only disrespectful to everyone around her, it is disrespectful to herself," said the family member. Last week, a source told Us Weekly Selena "is simply trying to make peace with Justin after her illness," adding, "He has been great to her since her surgery and they are on good terms right now."

Is Mel B's divorce going to drain the coffers of "America's Got Talent"? British tab The Sunday People claims the singer — who's blamed her ex, Stephen Belafonte, for allegedly wasting millions of dollars of her money during their marriage — is asking for $400,000 more for the next season of the show. If she's awarded that amount, her earnings would top more than $2 million. "Mel feels that she is in a very strong position to wrangle a pay rise from Simon," an insider tells the paper (via the Daily Mail). "She was an integral part of the show's success, with so much being written about her life and then talked about after the broadcasts … Not only did her talent pick win the series, but she and Simon dominated the show's dramatic moments." Mel and Stephen are expected to return to court on Monday, Nov. 6, to continue hashing out the financial terms of their split. She recently filed documents to keep Stephen away from her current boyfriend.

The $100,000 settlement Harvey Weinstein paid Rose McGowan after she accused him of raping her in a hotel room in 1997 wasn't the only money the maligned producer offered the actress. According to The New York Times, the actress was recently offered $1 million in return for zipping her lips about the rape allegation. As it turns out, Rose just learned this summer that her settlement did not include a non-disclosure agreement. And she says members of her team encouraged her to accept the new payoff. "I had all these people I'm paying telling me to take it so that I could fund my art," she said. Initially, she countered by asking for $6 million — then she had a change of heart. "I figured I could probably have gotten him up to three. But I was like — ew, gross, you're disgusting, I don't want your money, that would make me feel disgusting," she said. She ended up withdrawing the offer, which reportedly arrived the week the New Yorker and New York Times published accounts from multiple women alleging the producer's sexual misconduct.

Like most of us, celebs were watching the news eagerly over the weekend in anticipation of more details about Robert Mueller's first indictment in the Russia probe. When it was revealed Monday, Oct. 30, that Donald Trump's former campaign chairman, Paul Manafort, and Rick Gates, the president's former campaign official, were being indicted on 12 counts including conspiracy against the United States and money laundering, Hollywood was quick to react on social media. "Hey @realDonaldTrump! Just a reminder! Paul Manafort is your former campaign manager. He's turning himself in to the feds. #neverforget…," Alyssa Milano tweeted (via JustJared). She later posted, "I hope Mueller takes down anyone guilty of collusion with Russia…Democrats included. It's the only way to protect our democracy." Mark Ruffalo spoke out as well, posting, "This is a very sad day for America. If we all weren't so tired of a stream of constant outrages this would have a much more shocking effect on us. It's a new low for our country in an historical context. Probably going to get worse. Hard to celebrate." When the the president tweeted, "THERE IS NO COLLUSION," Samantha Ronson simply replied, ""Lol #ImpeachTrump."

Jimmy Kimmel on Harvey Weinstein, the Oscars and more

Does the Harvey Weinstein sexual misconduct scandal belong at the Oscars? Jimmy Kimmel isn't sure. In a new Q&A with New York magazine, he admits it'll be tricky to determine how to handle what the magazine aptly deemed the "elephant in the room" at the ceremony, especially given the criticism late night host Jimmy Fallon has gotten for failing to address political and other controversies on his show. Rather than avoid mentioning allegations Harvey Weinstein sexually assaulted and harassed dozens of women in the film industry, Jimmy Kimmel said he "probably will" deal with it in some way. The approach might not be humorous, though. "It's not really a laughing matter. There'll be a lot of people in that room who maybe have been through experiences with him, and that's not something I want them to relive on the night they get their Oscar," he said. As for potential jokes about the president? "The Oscars are so far out. It's hard to figure out what we're going to say on the next show, let alone in March," he said. "There might not be an Oscars, because North Korea may have struck the Dolby Theatre." Oof.

Over the weekend, actor Anthony Rapp announced that when he was 14 and Kevin Spacey was 26, the "House of Cards" star made an unwanted sexual advance after a party. Now, Kevin is facing harsh criticism, not only for his purported behavior in 1986, but also for the way he addressed the allegation on Twitter. In a long post on Twitter, Kevin wrote that he was "beyond horrified to hear" Anthony's story, then focused on his own sexuality, stating publicly for the first time that he's gay. "I honestly do not remember the encounter, it would have been over 30 years ago," he wrote (via CNN). "But if I did behave then as he describes, I owe him the sincerest apology for what would have been deeply inappropriate drunken behavior, and I am sorry for the feelings he describes having carried with him all these years." He continued: "This story has encouraged me to address other things about my life," adding that he's had "relationships with both men and women," before writing, "I have loved and had romantic encounters with men throughout my life, and I choose now to live as a gay man." Critics slammed the Oscar winner for conflating the fact that he is gay with a story about an alleged sexual assault on a minor. "Nope to Kevin Spacey's statement," the writer Dan Savage tweeted. "Nope. There's no amount of drunk or closeted that excuses or explains away assaulting a 14-year-old child."

Kristen Bell's not the only celeb whose kids aren't feelin' their parents' movie characters this Halloween. When Chris Hemsworth stopped by "Good Morning America" on Monday, Oct. 30, he admitted that all three of the kids he shares with Elsa Pataky want to be Wonder Woman for this year's spooky holiday. "I said, 'That's awesome, but what about Thor?'" Chris recounted, referencing his "Thor: Ragnarok" character (via JustJared). "At the same time they went, 'No,'" he said with a smile. "I went, 'Who's stronger?' They said, 'Wonder Woman," he added. "I'm happy to play second to Wonder Woman." 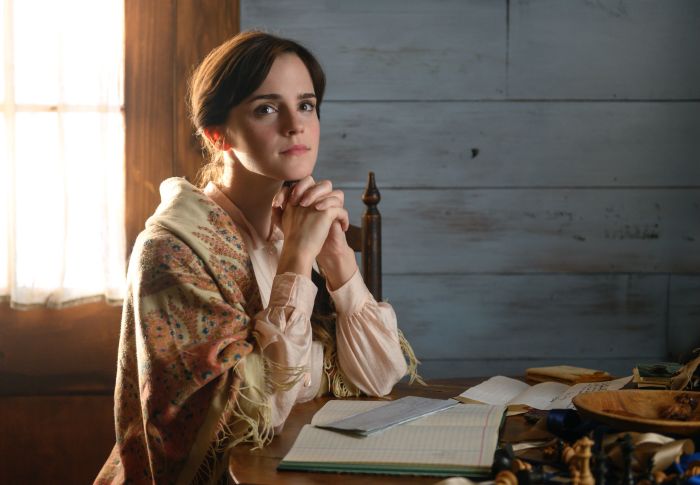