Lori Loughlin is released from prison, plans to spend New Year's with her daughters

Early on Monday, Dec. 28, Lori Loughlin closed a chapter that's dominated her life for the better part of two years when she walked out of a federal correctional facility in Dublin, California. The actress, 57, served nearly two months in prison for her participation in the nationwide college admissions scandal. As soon as she was released, she "had a tearful reunion" with her daughters, Olivia Jade Giannulli, 20, and Bella Giannulli, 21, according to a new report from People. "It's the end of a very long ordeal," a source told the outlet. "[She] seems beyond relieved that she can put her prison sentence behind her," said a second source, who called prison "the most stressful thing [Lori] has ever dealt with." Now that she's home in Los Angeles with her children, the "Full House" alum "plans on spending New Year's with Olivia and Bella," according to People's insider. Lori's husband, Mossimo Giannulli, 57, is still serving time behind bars for his role in the scandal, which saw the couple plead guilty to fraud related to allegedly paying bribes and allowing their daughters to be represented as rowing recruits to get them into college. Lori reported to prison on Oct. 30, while Mossimo began his sentence on Nov. 19.

"Feels good to be free." So said Cardi B on Twitter over the weekend. She was referring to the end of a two year-long legal battle with her former manager, Klenord "Shaft" Raphael, who sued her in 2018 for $10 million, claiming he discovered her and deserved payment for helping launch her career, including her first big single, "Bodak Yellow." Cardi countersued for $30 million the following year, accusing Shaft of putting up "barriers between [Cardi] and people close to her in an effort to maintain complete control over her" and telling her "who she should and should not see romantically," according to Pitchfork. The case has now been dismissed with prejudice, meaning neither Cardi nor Shaft can revisit the same claims in court again. They'll also both pay for their own attorney's fees.

"Real Housewives of Dallas" star D'Andra Simmons has reportedly become the first "Real Housewives" cast member to be hospitalized with COVID-19. According to TMZ, podcast host Kate Casey first shared the news of D'Andra's condition on Monday, Dec. 28, though it's unclear when she was admitted. "Just heard from D'Andra and she is asking for your prayers," Kate shared on social media. "She's in the hospital and struggling." D'Andra's reps have since confirmed the reality star is now battling "borderline" oxygen levels and is being treated with Remdesivir. Other "Real Housewives" stars who have tested positive for the coronavirus include Kyle Richards, Kathy Hilton and Dorit Kemsley.

Selma Blair reflects on her hard but hopeful Christmas

It's been a tough holiday season for a lot of people this year, including Selma Blair, who recently got candid on Instagram about her specific struggles — as well as what she's grateful for. "A quiet Christmas," she shared after the holiday. "We did not see our friends or family besides our tiny group. I have had trouble staying awake. And crying. I know the holidays can be hard for some." The actress, who was diagnosed with multiple sclerosis Selma Blair in 2018, also lost her mom this year, and added that this was the the first Christmas without her as well as "the first in Covid." Her mood lifted before she signed off, though. "The first with more hope for our world than I have ever wished for," she wrote. "The healthcare workers and teachers and restaurant owners. All of it. And I thank you humbly. For being here. Ps. The pine cones were very tasty."

Quarantine allowed Ariana Grande, Dalton Gomez 'to get to know each other in peace'

As Ariana Grande and Dalton Gomez begin to make wedding plans, the couple likely has a different take on 2020 than most people. An insider tells People the pair began dating in January but it was while they quarantined together that their relationship really became serious. After Dalton spent time with Ariana in New York City, he headed back to Los Angeles, where he works as a luxury real estate agent, in the spring, as the pandemic was starting to close cities down. "It was getting tricky for them to see each other, so she decided to take her chance," the insider explains. "She purchased a house in the Hollywood Hills in June and never looked back. They are incredibly happy." The source adds that Dalton is "very focused on work and low-key," and has enjoyed keeping the romance with Ariana under wraps. "They have been able to get to know each other in peace," says the source.

For Tiffany Haddish, dating Common is a "refreshing" change of pace from the romantic relationships of her past. "What I love about him is I can be silly. We laugh together, and we can have really deep conversations," the comic, 41, tells People in a new interview. "And we do argue, but it's not like mean words being tossed at each other, or trying to tear each other's character down. It's more like grown-ups. And I don't think I've ever been in a relationship where, if I have an argument with somebody, they are not calling me out on my name or trying to belittle me." Even better? Common, 48, inspires Tiffany to be her best self. "This is my first time being in a relationship with somebody who's not trying to make me turn my light out," she explains. "They're trying to get me to make my light shine even bigger and motivate me. That is very different for me: supportive, encouraging. It's refreshing." Adding that he's "not the whole entire package," she allows that there probably is no actual "Mr. Right" at the end of the day. "I might be a pessimist in this way, but I don't think there's any person that's the whole shebang, everything you want." she says. "I think that's impossible." Tiffany and Common began dating earlier this year after trying out a few virtual get-togethers. Because of her promotional relationship with the dating website Bumble, fans were initially unsure if the two really dating or just pretending to for the sake of advertising. Turns out, they're the real deal.

Sunday, Dec. 27, marked four years since Carrie Fisher died of a heart attack on a flight to Los Angeles, while Monday was the fourth anniversary of the death of Debbie Reynolds, Billie's maternal grandmother. Over the weekend, the milestones seemed to leave Billie both emotional and sympathetic to others struggling with grief this holiday season. "Sending my love and strength to everyone out there that's missing a loved one they've lost," the "American Horror Story" actress shared on Instagram on Sunday. "Especially those of you who have lost someone during this crazy year. You're not alone." In happier news, Billie and her fiance Austen Rydell, both 28, welcomed their first child together this year. Their son, Kingston Fisher Lourd Rydell, was named in Carrie's honor.

After a recent health scare, Jessie J was staying positive and getting back to music on Saturday, Dec. 26, as she shared an Instagram video of herself lying back belting out a tune. As the singer told followers two days earlier, she landed in the hospital last week with what turned out to be the effects of Meniere's syndrome, an inner-ear issue that can cause vertigo and hearing problems. "I woke up and felt like I was completely deaf in my right ear, couldn't walk in a straight line," Jessie said in an Instagram Story post (via EW). "Basically I got told I had Meniere's syndrome." She went on to share that she's already had "a lot of people reach out" with advice about the condition. "Now's the first time I've been able to sing and bear it. I just miss singing so much and being around anyone," she admitted. "It could be way worse, it is what it is. I'm super grateful for my health. It just threw me off. On Christmas Eve I was in the ear hospital going, 'What is going on?' But I'm glad I went early and they worked out what it was real quick and I got put on the right medicine, so I feel a lot better today," she said. In another post, she said that when she sings loudly, "it sounds like there's someone trying to run out of my ear." She was watching "The Queen's Gambit" during the post and said she had to keep repeating the first episode because her ear "sounds like someone crawled in and turned a hairdryer on."

Josh Brolin and his wife, denim designer Kathryn Brolin, welcomed their second child together on Christmas — and gave her a name that fits the holiday. "🎄Chapel Grace🎄," Josh wrote on Instagram on Sunday, Dec. 27, sharing his newborn's name. He then explained why they went with the unusual moniker: "Everywhere we have traveled the one place Kathryn and I always found a great solace in were chapels. Not being particularly religious but a God feeling has heavily inundated our lives and chapels have always been sanctuaries where we felt connectedly free to gives thanks," he wrote. "Chapel Grace is, to us, a manifestation of that celestial feeling that was always felt as we meandered and knelt." Josh, 52, and Kathryn, 33, welcomed their first child together, Westlyn, two years ago. Josh also shares a daughter, Eden, 26, and son, Trevor, 32, from his previous marriage to actress Alice Adair.

British tab apologizes to Prince Harry, retracts claims about his relationship with the military

In late November, Prince Harry filed filed suit against the publisher of British tab The Mail on Sunday in response to a claim about his relationship with the British Armed Forces. Now, the outlet has retracted its original comments and issued a formal apology, according to JustJared. "An article on 25 October 2020," The Mail on Sunday's statement began, "reported that Prince Harry had been accused by a top general of turning his back on the Royal Marines since withdrawing from his military roles in March and that, in an apparent snub to the Armed Forces, he had failed to reply to a letter from Lord Dannatt, a former Chief of the General Staff." The statement continued: "We now understand that Harry has been in contact in a private capacity with individuals in the military including in the Royal Marines to offer informal support since March and that whilst he did not initially receive the letter from Lord Dannatt referred to in the article due to administrative issues he has since replied on becoming aware of it." In conclusion, the paper wrote: "We apologize to Prince Harry and have made a donation to the Invictus Games Foundation." 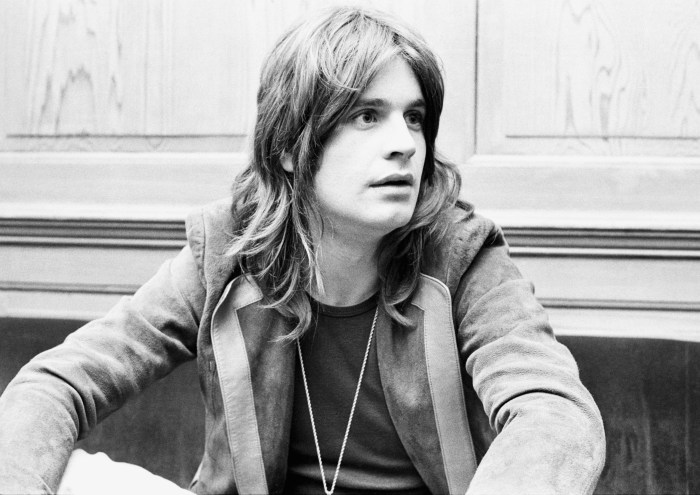