Maksim Chmerkovskiy and Vanessa Lachey may have finally broken through the infamous "Dancing With the Stars" stress barrier. The partners had reportedly been fighting behind the scenes, a feud Petra Murgatroyd — who's paired with Vanessa's husband Nick Lachey on the show — chalked up to the overall mental stress of competing for the mirrorball trophy in a recent interview with People. But on Tuesday, Oct. 10, Maks posted a moving message for Vanessa on Instagram. "Everything I ever want for my partners is literally what @vanessalachey has brought to the dance floor last night. Raw, unapologetic, real emotion expressed through a beautiful dance," he wrote after the two earned 24 out of 30 in this week's performance. "Yesterday also marked the first time when I completely lost it right before the dance … I rarely cry but this was something different, something I've yet to experience watching someone else's story," he continued, referencing Vanessa's candid discussion about her son's surgery. "I'm proud of you partner!" he added. "They can say what they want but you're a star and I wouldn't want to be on this rollercoaster with anyone but you! And we have so many more of these moments to share with each other, and everyone else who couldn't stop their tears…#teamBabiesAndBallroom #DWTS #NeverADullMoment." According to Us Weekly, the feud with Vanessa got so intense Maks took a week away from the show. A source later told the tab his absence has since been forgiven by the cast — including Vanessa.

RELATED: 'Dancing With the Stars' romances and showmances

Looks like Jennifer Lopez and Alex Rodriguez's romance is on its way to Stage Two. On the heels of claims the lovebirds are planning to move in together in New York City, the New York Post reports J.Lo has listed her Manhattan duplex penthouse for $27 million. Located in the Flatiron District, the four-bedroom pad boasts four terraces and two separate floors, covering 6,500 square feet of space. J.Lo and A-Rod, whose romance apparently blossomed in early 2017, have reportedly been shopping around Park Avenue for a home they can share.

Pink clarifies her statement about there being 'hope for' Donald Trump

For the record, Pink has not suddenly gone right-wing, a fact she found herself defending this week after some of her tweets were evidently taken out of context and misconstrued. Namely, a tweet to Donald Trump that read, "I've seen people change and turn their lives around. There's still hope for you @POTUS. It's what the world needs." What followers who focused on that post may have missed is the tweet that came before it: "@POTUS you are doing a terrible job. Worse than every other job you've done terrible at. Do you seriously have time to worry about the NFL?" Once the Twitterverse unleashed its requisite backlash on the singer, she explained, in a series of new tweets, "I did not vote for Trump. That tweet was not an endorsement. I'm as disgusted as you. To even imagine a person like me would endorse him …Is ridiculous and assinine. I'm a person that has always fought for equality and love. And I always will." Finally, she added, "He either needs to CHANGE or… The rest of our government needs to protect us from him and his appalling behavior."

Yolanda Hadid ended up being used as bait for Andy Cohen's gossip obsession when she stopped by "Watch What Happens Live" this week — and the gossip largely revolved around Yolanda's daughter, Bella Hadid. First, Andy attempted to clarify the truth about rumors Bella thought Selena Gomez was "using" Bella's ex, The Weeknd, when they started dating. "Does Bella care that The Weeknd is with Selena?" Andy asked. "Not anymore, I think," said Yolanda (via Us Weekly). Later, Andy changed course … kinda … and asked if it's true Bella is seeing Drake. "Are you kidding! What are we [doing] here?" Yolanda half demanded with a laugh. Andy being Andy, pressed ahead. "He threw her a big 21st birthday party last night!" he said. "Are they together?" Finally, Yolanda offered this crumb: "I mean, they're friends!"

Angelina Jolie writes a letter from Namibia on environmental responsibility

In the new edition of Harper's Bazaar, Angelina Jolie makes an impassioned plea for readers to stand up for the environment, endangered species, women's health and education around the globe. Pointing out that the magazine's editors are making a choice to protect the earth by shooting her at a nature reserve in Namibia — and not using the "wildlife parts" that were once central to such shoots — Angelina urges readers to make similar acts to protect the next generations. "There is a lot we can't predict about the world 150 years from now. But we do know that our great-grandchildren will be living with the consequences of decisions we make now, just as we can trace the origin of problems we are dealing with today to their roots in earlier centuries," she writes. Later, she explains that the reserve pictured is run by friends and gives a nod to the fact her daughter, Shiloh, was born in the country. "For me, Namibia represents not only ties of family and friendship but also the effort to find the balance between humans and the environment so crucial to our future. The N/a'an ku sê Foundation works with Namibia's San people, who are considered to be the world's oldest culture. They represent thousands of years of man and wildlife coexisting in harmony, but they have suffered, like other indigenous peoples, from being forced off their lands by farming, unchecked development, and the depletion of wildlife. The destruction of natural habitat and wildlife has left the San people unable to hunt and support their families," she explains. Like the magazine's choice to "send a different message" than the once destructive one often conveyed about fashion and the environment, Angie says, "What we do, each in our own small way, matters. The hopeful thought is that it is in our hands …"

Dean McDermott's ex files another affidavit for contempt against him

Dean McDermott isn't off the hook after all. Earlier this month, news surfaced suggesting Dean had missed multiple payments on child support and alimony payments to his ex, Mary Jo Eustace — six months after the two worked out a deal that kept Dean out of jail following a citation for his failure to make previous payments. This week, Mary Jo returned to court and filed an affidavit for contempt in California, according to the New York Post . (It can't have helped that Dean and his wife, Tori Spelling, have done more to show what they're spending than what they're saving on social media lately.) Reps for Dean had not yet commented on the affidavit as of Wednesday, Oct. 11.

Despite wanting to be a supportive mom to her three kids, Molly Sims is a bit squeamish about the prospect of sending her kids into the world of fashion. During a chat with AOL Build Studios this week, where she was promoting her new book, "Everyday Chic: My Secrets for Entertaining, Organizing, and Decorating at Home," Molly reiterated that she still suffers from her experience as a model. "I have body dysmorphia because of my years of modeling," she said, according to the Daily Mail. "It's a very hard industry, I'm not gonna lie. If [my children] choose our industry I hope they have the moral [wherewithal] to be strong, because it does cut you down. I have certain things with eating, or certain things … because I'm getting ready for something … All those limitations, I hope that my children don't have to go to."

Welp. It seems Harvey Weinstein has two defenders amid the sexual harassment and sexual assault claims that got him fired from his own company. First, Donna Karan suggested some of the women involved may have been "asking for it." Now, Lindsay Lohan and her unidentifiable accent have some thoughts on the matter. "Hi! I'm in Dubai. I'm home and I feel very bad for Harvey Weinstein right now. I don't think it's right what's going on," Lindsay said in Instagram Story videos on Tuesday, Oct. 10, according to Us Weekly. "I think Georgina needs to take a stand and be there for her husband," she added, seemingly miffed at Harvey's wife's decision to leave him. "He's never harmed me or did anything to me — we've done several movies together. I think everyone needs to stop — I think it's wrong. So stand up," Lindsay said. Commenters quickly criticized Lindsay, pointing out, in one case, "Your interactions with him aren't the same as anyone else's," and, in other, wondering who is managing Lindsay (or not, as the case may be). The videos have since been deleted.

The fame that hit Daisy Ridley after "Star Wars: The Last Jedi" was so intense the actress sought the help of a therapist. She opens up about the experience in Vogue's new cover story, admitting her celebrity status made her shrink with fear. "People were recognizing me — I still don't know how to handle it," she reveals. "My skin got really bad because I was stressed. It was crippling. I just felt so seen and so self-conscious …. I heard a knock on the door. These two guys went, 'Hey, Daisy, can I get an autograph?' and I literally went, 'No f—–' way.' My mum said to me, 'Everyone's trying to take ownership of you.'" Finally, she got professional help. "I went and saw a lovely lady," Daisy says. "I felt like I was sort of reducing myself because I was so worried that people would recognize me." Ultimately, she came to a different perspective on the situation. "I'm very aware that there are thousands of other people who could do what I do much better, and it's a matter of timing and luck," she says. "I'm counting my blessings that I get to be one of the people working."

Liam Payne: 'It's hard being away' from new son

When Liam Payne hits the road with the 2017 iHeartRadio Jingle Ball Tour in Dallas, Texas, next month, his new son won't be joining him a la John Legend and Chrissy Teigen's tiny tourbus pro, Luna Stephens.. "He's going to stay with his mom [Cheryl Cole] until we really figure out what we're doing," Liam told Us Weekly on Tuesday, Oct. 10. "It's going to be difficult. It's hard being away, but time differences with babies and stuff — it's really hard on them. I don't want to drag him around the world for, you know, just for my sanity. We'll do it when the time's right." In the meantime, Liam said 6-month-old Bear has been getting a jump on learning Spanish by playing with toys that count in the foreign language. Eventually, it sounds like Liam and Cheryl's little guy will be able to trade toys for playdates with babies including Louis Tomlinson's son, Freddie. Speaking to Us this summer, Louis said he was "super happy" for his former 1D bandmate and "really excited about having Freddie and Bear in the same room." 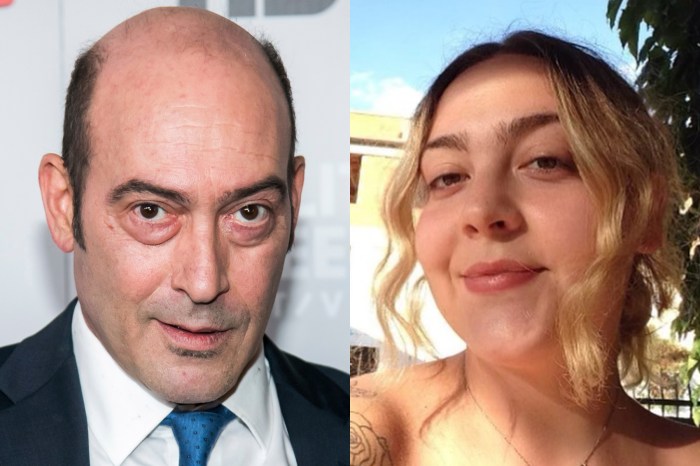