No wonder the queen was all for Prince Harry and Meghan Markle's engagement. It seems Queen Elizabeth's famous Corgis gave Meghan their stamp of approval right away. "The Corgis took to you straight away," Harry told Meghan in the couple's first interview after announcing their engagement this week (via Us Weekly). "I've spent the last 33 years being barked at; this one walks in, absolutely nothing," he joked. Meghan agreed, saying, "That's true. Just laying on my feet during tea, it was very sweet." She also revealed she has two dogs of her own, one of whom is already getting used to life across the pond. "I have two dogs that I've had for quite a long time, both my rescue pups," she said. "One is now staying with very close friends and my other little guy is — yes he's in the U.K. He's been here for a while."

RELATED: Celebrities and their pets in 2017

Selena Gomez and Justin Bieber may be rekindling their romance but it's not far enough along for Selena's family to start celebrating. Insiders tell E! News Selena's relatives are still concerned about the singers getting close again. "They both spent Thanksgiving with their families. Justin went to Canada and Selena was in Texas. They are still doing really well together, but they agreed it was best for them to be with their families for the holiday," said a source. "Selena felt it was too soon for Justin to come to Texas with her. Her family is still getting comfortable with the idea of them back together." Meanwhile, the insider said "Justin says he hopes he can spend Christmas with her but knows that it will take a very long time for her family to accept him back in." They're reportedly exclusive as of now and hoping to "make things work" since they've matured since their last stab at love.

Hmm. A year ago, the Recording Academy set in motion what many perceive to be among the worst Album of the Year snubs in Grammy history. That would be when Adele beat out Beyonce with her release, "25," which bested "Lemonade" for the top category at the 2017 Grammy Awards. Bey's album was by all accounts a masterpiece and a game-changer. It even changed her husband, JAY-Z's game, laying a path for him to respond to some of the cheating allegations Bey made on her album with multiple mea culpas in his "4:44" lyrics. When the Grammy nominees were announced on Tuesday, Nov. 28, the AP reminds us there was a curious shift. Jay snagged the most noms of all, with eight potential awards, including Album, Record and Song of the Year. Whether that had to do with the uproar over Bey's 2017 loss — even Adele said "Lemonade" should have won — a holdover suggesting men still dominate the music world or the fact that hip-hop and R&B snagged most of the top categories this year, as opposed to last, remains to be seen. Either way, maybe it's telling that Jay's producer No I.D. told the New York Times Bey played a major role in the production of "4:44." "Every song has to get past her ears, in my eyes," he said in July. "She came by a lot and played a good part in helping us get over hurdles on certain records. Of course, she's genius-level with that."

Is she or isn't she?! That's what Khloe Kardashian's Snapchat followers were left wondering this week after the possibly/probably pregnant reality star posted a promo for her blog using a photo that showed her very flat stomach. "The best workout for your sign," she wrote in the photo. According to the Daily Mail, however, the photo is a throwback. It's the latest tease in Khloe and Kylie Jenner's apparent campaign to confuse fans about whether they are or are not, in fact, pregnant. Over the weekend, the girls' mom Kris Jenner sent fans in a different direction by praising her family for all their pregnancies. Our two cents? All we really need is one good season finale and we'll have an answer!

Paris Hilton says she was a 'groundbreaking' pioneer for fame seekers

The more we forget about the early aughts, the more Paris Hilton stays the same. Speaking to Ocean Drive magazine, Paris claimed to have sparked today's generation of social media influencers and Instagram celebs. Her first tools, we assume, were her sex tape, "1 Night in Paris," and reality show "The Simple Life." "I was definitely before my time, and the beginning of a whole new era, and it started a new generation and genre of celebrity," she said (via the New York Post). "I think it was pretty groundbreaking, and I love being a pioneer." Paris added: "I'm very proud I started a whole new way for young people, young entrepreneurs and people with dreams to make a living and a very lucrative business off of it." Her only regret? "Being a businesswoman, I would've loved to capitalize on it." Good thing, she has that whole heiress situation to fall back on.

With a slew of new grandkids most likely on the way, Kris Jenner is increasing her investments in real estate. TMZ reports the Kardashian-Jenner family matriarch recently bought a $9.9 million pad in the Hidden Hills section of Los Angeles. The house is reportedly right across the street from Kim Kardashian West and Kanye West's home and features six bedroom, eight baths, a "zero edge" pool and a 10-person spa. She's reportedly planning to have some work done on it as well.

Lil Peep's estate, who is more or less his mother, has released the first statement since his death on Nov. 16. According to Stereogum, a post on his Instagram promises to put his official, approved merch on sale soon. "All of Peep's social media posts prior to Nov. 16, will remain intact," the post added. "Peep loved designing and selling his merch and always wanted to help out his fans when they asked for reprints. We will continue to honor Peep's memory by carrying on as we believe he would have wanted." This week, TMZ reported police are investigating whether the Xanax it's believed he took prior to being found dead on his tour bus may have been laced with fentanyl.

Ouch. Armie Hammer has deleted his Twitter account in what appears to have been a reaction to a BuzzFeed post about the up-and-down nature of his fame. Prior to calling it quits with his pal, Twitter, he referred to the BuzzFeed item as "bitter AF." Vulture notes the actor has dropped off the social media site in the past, his most recent silence coming after a video showing his dance moves in "Call Me by Your Name" began went viral. As he told Vulture, "When I dance, I think, You're really shit at this, and everyone around you knows it because you're the tallest guy on the dance floor and you stick out like a sore thumb." At the time, he said it was the clip that embarrassed him to the point he no longer wanted to use Twitter. His Instagram is still alive and well.

Alec Baldwin was the unlikely keynote speaker choice for the Nov. 27 Democratic state party banquet in Des Moines, Iowa, despite not being a potential Democratic candidate. He is, however, an Emmy-winning Donald Trump impersonator and he used that role as much as possible during his talk. In his on-off presidential impression, Alec gave a shout out "all the ethanol miners out there," and, pretending to be a teacher at Trump University (R.I.P.), said this year's course options included "political science fiction," according to the New York Post. He added, "Jeff Sessions will be teaching a class. He just can't remember which one." By the end of the speech, however, he urged Dems to "come together" … and "send Trump to a retirement home in Moscow where he belongs." Finally, Alec said, "Let's make America America again."

Speaking of celebs and the White House … Donald Trump recently suggested the "Access Hollywood" tapes in which he can be heard saying he likes to grab women by their you-know-what's without getting their OK first might be fake. Natalie Morales addressed that suggestion on the show on Monday, Nov. 27. "We wanted to clear something up that has been reported across the media landscape. Let us make this perfectly clear: The tape is very real," she said (via Vulture). "Remember his excuse at the time was 'locker-room talk.' He said every one of those words." White House press secretary Sarah Huckabee Sanders responded this way: "I said that [Trump] already addressed it, and that we didn't have any updates on that. I said what he didn't like and what he found troubling were the accounts that are being reported now." The president previously apologized for his words on the tape, which did quite a number on Billy Bush's career, though the Donald's seems to be doing fine. 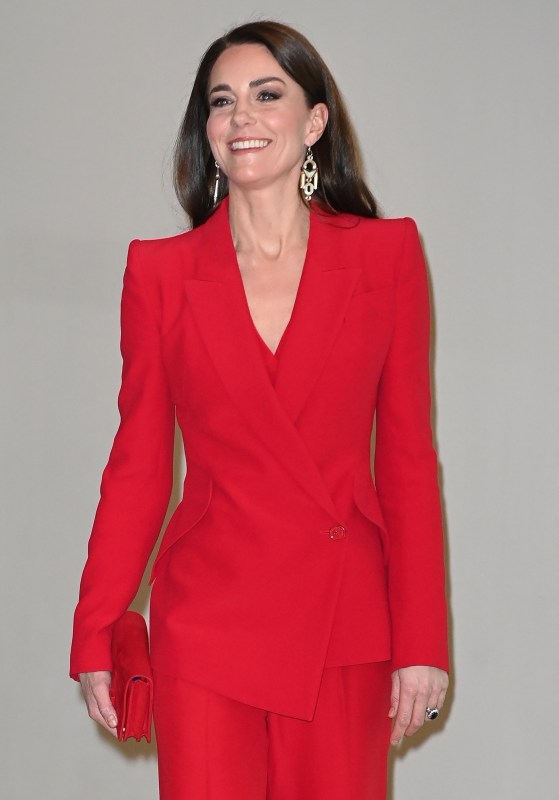