After a rough start to her year, Pamela Anderson has found happiness in spite of (or maybe because of) the coronavirus pandemic. The 53-year-old is dating her bodyguard of two years and things are heating up, according to one Page Six insider. "The pandemic has been wild for Pamela," said the source. "She has a serious love interest. He's in his 40s." The source didn't share the security guard's name but said that unlike her 12-day marriage to Jon Peters in January, the relationship has Pam feeling "completely comfortable." The source also said Pam and her new guy are "never out of each other's sight." They've apparently been "jetting around Canada" together in recent months, though when Pam is home in Vancouver, her boyfriend is already on-site at her estate, because of his job. "He's not a Hollywood insider," the source said. "That's perfect for Pamela." Pam married producer Jon Peters at the beginning of the year after rekindling a romance that started many years prior. Jon was said to have been controlling and wanted too much power over her career. He has denied those claims, saying she had him pay off debts for her then broke off the relationship, a claim Pam has denied.

Former Bears quarterback — and Kristin Cavallari's ex — Jay Cutler has two words for gossips who claim he's now dating Fox Nation's Tomi Lahren. And those two words are "mini cow." On Friday, Jay shut down the chatter about his alleged romance with Tomi by sharing an Instagram video that showed him brushing the hair of one of his pet mini-cows before snuggling up against her. "Only lady in my life," he captioned the video. "Be better internet." Tomi has also denied the two are involved, tweeting, "I love it when the internet tells me who I'm dating. Good one." Jay's post comes after he briefly ditched the platform following Kristin's post that featured her onetime beau Stephen Colletti.

Max Ehrich gets another gold star in the supportive significant other department. This week, Demi Lovato shared screenshots of a text exchange with Max — who's adorably listed in her contacts as, "Max Ehrich aka my fiance" — that gave fans a peek at the kind of everyday love the actor shows her. The thread, posted on Demi's Instagram Story Thursday (via ET), opened with a selfie of the singer pouting while sitting in a hair and makeup chair. "Awwwww babyyyy," Max replied, sharing a masked selfie back to her. "I love you and ignore my double chin," Demi wrote. Max's winning reply? "I love every part of you baby." His sweet comment served as a reminder to Demi that she's been trying to move past the body image issues that led to an eating disorder and, later, a relapse into her substance abuse issues. "Wait don't ignore it!!! Appreciate it!!" she wrote. "YES BABY!!!" Max replied with an, "Amen!!!" and a handful of heart emojis. "Don't mind me," Demi captioned the pics. "Just still reprogramming my thinking around body image with the most loving fiancé @maxehrich." Max and Demi announced their engagement in July.

Kanye West is one step closer to his "Birthday Party" president dream. According to TMZ, the rapper and designer submitted petitions to appear on the ballot for the presidency in Kentucky and Mississippi on Friday. Officials are still reviewing the signatures Kanye submitted in Kentucky. Authorities in Mississippi say they expect a decision on Kanye's attempt to run as an independent candidate by Tuesday of next week. On Thursday, a judge in Arizona decided not to allow 'Ye to run in that state.

After everything she's been through with Tristan Thompson, Khloe Kardashian is no longer letting the opinions of strangers get to her. That's according to an Us Weekly source who says that in the wake of their reconciliation, Khloe, "doesn't really care about any backlash from fans about her being back together with Tristan." Adding that she's "already been through that ringer," the insider says Khloe's focused instead on her daughter, True Thompson, "and raising her with her father, having him in her life, figuring out things with Tristan and having a healthy relationship dynamic across the board." Rumors the two had worked things out popped up repeatedly over the course of the pandemic, which they've spent much of together with their daughter. Khloe previously kicked Tristan to the curb in February 2019 after he reportedly hooked up with (now former) family friend, Jordyn Woods, at a party.

Given the decades of experience Jane Fonda has in everything from acting to activism to love, journalist Maureen Dowd couldn't help but clarify a few facts about the Oscar winner's past when she interviewed her for the New York Times recently. And yes, that past includes the famous men Jane has famously been linked to over the years. During a game of "Confirm or Deny" for the Times piece, Jane, 82, confirmed her take on the likes of Marlon Brando, her costar in 1966's "The Chase" ("disappointing," she said of the star's romance game, "but a great actor") and Che Guevara, who Maureen thought was Jane's "greatest regret," conquest-wise. "No, I don't think about him," Jane said of the revolutionary Cuban leader. "Who I do think about, and what is a great regret is Marvin Gaye," she revealed. "He wanted to and I didn't. I was married to Tom [Hayden]. I was meeting a lot of performers to try to do concerts for Tom and the woman who was helping me do that introduced me to Marvin Gaye." She added that she later learned the singer had such a thing for her, he "had my picture on his refrigerator." Sadly, she didn't find that out until after his death.

Blake Shelton and Gwen Stefani have a new home! Us Weekly reports the couple recently left Blake's ranch in Oklahoma, where they spent most of the pandemic and have moved into a new, $13 million pad in the Encino section of Los Angeles. 'They are very happy to be settled at last in their family home," said a source of the "warm and inviting" digs. "Gwen wanted to be moved in for the start of the school year, even though the kids are doing school at home because of COVID-19." The couple reportedly bought the house in 2019. "They are truly happy as a family and it's the new beginning Gwen needed," the insider said.

By the time Caitlyn Jenner came out as transgender at age 65, she'd been thinking about her transition for decades. Speaking to Rob Lowe on the latest edition of his "Literally!" podcast, the reality star and author explained that her identity struggle was "always there," admitting that her interest in sports had something to do with the fact that athletic pursuits were seen as masculine. "For about four and a half years, I just tried my best to deal with it," Caitlyn said (via E! News), thinking back to the time leading up to 2015 when she came out. "Honestly, I thought I would transition before I'm 40," she said. Looking back, she recalled how she would occasionally cross-dress then go out to drive around. "I never talked to anybody, never did anything, never went anywhere, just drove around, you know? I got pretty good at it, so I never got caught," she explained. But her avoidance ultimately had consequences. For one thing, there were years when she said she was "too busy struggling with my own issues and my own self" to be "a good parent." "I very much regret that, that I wasn't there more for my young kids," she told Rob.

Amid ongoing protests against systemic racism in America, No Limit Records founder Master P is bringing a new, anti-racist perspective to food branding. Complex reports the No Limit Records founder is launching a line called "Uncle P's Louisiana Seasoned" in an effort to supplant brands like Aunt Jemima and Uncle Ben's, both of which have long featured problematic racist stereotypes in their marketing. "When you look at Aunt Jemima and Uncle Ben, a lot of those products are mockeries of African-American people and couldn't even feed our communities," Master P said in an interview on CNN, where he revealed the Black-owned brand will give a portion of its proceeds to support education for kids and care for the elderly in underserved Black communities. "With Uncle P, the more we make, the more we give. And the only way to give is by owning these products," he explained. The rapper added that he hopes the line provides jobs and expands real estate opportunities in Black neighborhoods. "Right now we're burning down our blocks and our communities while protesting injustice, but if we are able to own products and put money back in our community, we could buy those blocks back instead of burning them down," he said. "If they made billions of dollars off Aunt Jemima and Uncle Ben, imagine how much we'll make to give back to our own community. It'll be us helping us without having to wait for the government. We can actually change the world."

Way to go out with a bang, ladies … Season 12 of "The Real Housewives of New York City" came to a close on Thursday — with plenty of drama and trash talking. The finale featured a drag queen soiree hosted by Sonja Morgan. And while things started out on a positive note, they didn't stay that way for long. At one point, newbie cast member Leah McSweeney suggested a group toast to their former castmate, Tinsley Mortimer, who Leah wanted to praise publicly for introducing her to everyone on the show. This idea quickly set off Dorinda Medley, who basically treated Tinsley as her nemesis during their time on "RHONY" together. First, Dorinda interrupted Leah's toast idea with no small amount of profanity, according to Page Six. That offended Leah, who asked Dorinda if she was "kidding." "Sorry, I'm not a part of that," Dorinda replied, clearly not kidding. "I will not give Tinsley that … I won't. Tinsley almost ruined our show. You're going to give a toast to Tinsley, who left the show and breached her contract and left over nothing. You don't mention her name." Later, the pair's co-star Luann de Lesseps, de Lesseps told Leah she thinks Dorinda has some "work to do" on herself. "When you don't grow [as a person]," she noted, "… that's a great example over there." Dorinda recently announced she's moved on from the show and won't be back for the next season. According to Page Six, she was asked to leave in part because of a "cruel comment she made on camera about [Tinsley's] fertility." 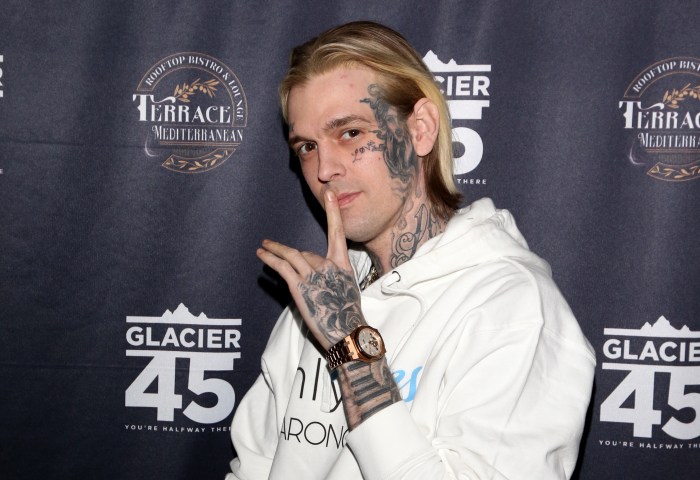