Back in 1997, Ellen DeGeneres publicly came out as a lesbian on the cover of Time magazine featuring the headline "Yep, I'm Gay." She then appeared on "The Oprah Winfrey Show" and spoke with the talk show host about her news just hours before an episode of her then-popular ABC sitcom, "Ellen," saw her character also come out to her therapist, who was played by Oprah! Years later, while talking to Oprah again during a 2015 Master Class interview, Ellen reflected on the milestone, sharing that though she experienced backlash, she also deeply connected with fans. She explained, "I remember the first letter I got, where somebody said I saved their life. They were going to kill themselves and they didn't because of what I did." It was a huge pop culture moment that made her "Ellen" character, Ellen Morgan, the first leading gay character on television, which paved the way for so many more LGBTQ characters on the small screen.

Join Wonderwall.com as we take a look back at more major LGBTQ moments in pop culture…

Billy Porter made LGBTQ history at the 2019 Primetime Emmys when he was named best actor for his work on "Pose." With the win, Billy became the first openly gay black man to win a best lead actor Emmy. He used his speech to emphasize the continued need for more acceptance, saying, "We, as artists, are the people that get to change the molecular structure of the hearts and minds of the people who live on this planet. Please don't ever stop doing that. Please don't ever stop telling the truth."

In May 2021, Demi Lovato came out as nonbinary. "Over the past year and a half, I've been doing some healing and self-reflective work. And through this work, I've had the revelation that I identify as nonbinary," they said in the debut episode of their podcast, "4D with Demi Lovato." "With that said, I'll be officially changing my pronouns to they/them." A few months earlier, the pop star confirmed they are also pansexual. "[I like] anything, really," Demi said on Joe Rogan's podcast. "I heard someone call the LGBTQIA+ community 'the alphabet mafia.' … That's it! That's what I'm going with. I'm part of the alphabet mafia and proud."

RELATED: The best TV shows about members of the LGBTQ community

Shortly after Ellen DeGeneres came out and paved the way for LGBTQ characters and actors to be better represented on television, "Will & Grace" debuted on NBC in 1998. It became the first primetime sitcom to cast gay characters as leads and went on to be a massive phenomenon. Eric McCormack played the titular Will Truman, a gay lawyer whose comic foil, gay actor Jack McFarland, was brought to life by Sean Hayes.

"Brokeback Mountain" was a huge deal in 2005 — it marked the first time a same-sex romance succeeded with both critics and audiences in a significant way. The film told the story of two cowboys in early '60s Wyoming who fell in love but had to hide their romance. The award season darling earned multiple Academy Award nominations — including acting noms for stars Heath Ledger and Jake Gyllenhaal — and ended up winning three including a best director Oscar for Ang Lee as well as best adapted screenplay and best original score.

Lil Nas X gave music fans a pretty cool first in 2019: That June, while his smash hit "Old Town Road" continued to dominate the charts and break sales records, he came out as a gay man via Twitter on the last day of Pride Month. "Some of y'all already know, some of y'all don't care, some of y'all not gone [sic] fwm no more. but before this month ends i want y'all to listen closely to c7osure." he tweeted, ending it with a rainbow — becoming the first artist to come out while simultaneously having the No. 1 song in America.

The '00s ushered in an all-new perspective on gay romance. On a 2000 episode of The WB's teen drama "Dawson's Creek," Kerr Smith's character, Jack McPhee, kissed his on-screen boyfriend, Ethan (played by Adam Kauffman) — and the sweet lip lock went down in history as it marked the first time a kiss between two men had ever aired on primetime TV!

Another WB show that ushered in a new perspective? "Buffy the Vampire Slayer," which included a lesbian romance between Willow Rosenberg, played by Alyson Hannigan, and Tara Maclay, played by Amber Benson, before it wrapped up in 2003.

The film "Moonlight" got eclipsed by the infamous mix-up at the 2017 Academy Awards when Warren Beatty and Faye Dunaway erroneously announced "La La Land" as the best picture winner — they were handed the wrong envelope by a distracted accountant — while "Moonlight" was the true victor. But after the dust settled and the error was corrected, "Moonlight" made headlines for another reason: It became the first LGBTQ movie to win the prestigious best picture Oscar!

Originally a British series, "Queer as Folk" moved across the pond in 2000 as the U.S. launched its own version. The Showtime series — the first American drama to revolve around the lives of gay men and lesbian women — became a big hit with audiences. It became the No. 1 show on the network and ran for five seasons before coming to an end in 2005. During its run, it touched on issues important to the LGBTQ community like coming out, same sex marriage, adoption and discrimination in the workplace.

Showtime continued to set the bar high for quality television depicting the LGBTQ community throughout the '00s. Their next popular offering? "The L Word," the first TV drama primarily about lesbian women. The show premiered in 2004 and ran for six seasons until 2009, picking up a cult following along the way. It even made it possible for a sequel series to debut in 2019: "The L Word: Generation Q."

Another groundbreaking film that features queer characters is 2004's "Saving Face," which was written and directed by Chinese American filmmaker Alice Wu (who went on to also write and direct the 2020 Netflix coming-of-age drama "The Half of It"). "Saving Face" tells the story of Wilhelmina Pang, a New York City-based surgeon who meets and falls in love with Vivian Shing, a dancer. In addition to being an incredibly charming lesbian rom-com, it also broke barriers as it shined a spotlight on the struggles of gay Asian Americans.

Trans actors saw a major change in the tides in 2014 after years of failing to be cast in the same sorts of roles as cis actors. That year, trans actress Laverne Cox blazed a trail for her peers through her work on Netflix's "Orange Is the New Black" — the breakout star picked up a Primetime Emmy nomination for her work on the show, marking the first time an openly transgender person was nominated in any acting category. She started on the Netflix series in 2013 as Sophia Burset, a trans woman in prison for credit card fraud.

2019 saw the very first openly gay contestant in the Miss Universe pageant! Miss Universe Myanmar Swe Zin Htet became the first openly gay contestant to ever compete after coming out as a lesbian in an interview posted on the pageant forum Missosology shortly before the pageant took place in Atlanta that December. "I want the world to accept the LGBTQ+ community and their right to choose their own path and pursuit of happiness," she said, as reported by CNN. "We should always have the freedom of choice and promote equality."

For Broadway fans around the world, 1986's "Little Shop of Horrors — which starred beloved actor Rick Moranis as a floral assistant who raises a gigantic flesh-eating plant — likely goes down as one of the most memorable dark-comedy musicals out there. In 2019, the musical made its way to Los Angeles's Pasadena Playhouse where it was reimagined by director Mike Donahue. This iteration found its leads in two LGBTQ+ stars: George Salazar (right), a Broadway performer who's gay, played Seymour Krelborn, and "Pose" sensation Mj Rodriguez (left) became the first trans woman of color to portray Audrey.

Though it seems totally commonplace now, the family-friendly ABC sitcom "Modern Family" made waves when it debuted in 2009 and included a same sex couple among its leads. The partners, Mitchell and Cameron (played by Jesse Tyler Ferguson and Eric Stonestreet, respectively), went on to adopt a child and marry during the series, which highlighted same sex parenting and helped normalize it on primetime TV.

British singer Sam Smith came out as nonbinary in March 2019. The Grammy winner made the announcement on Jameela Jamil's Instagram show, "I Weigh Interviews," on which they opened up about their gender identity, explaining, "I'm not male or female. I think I float somewhere in between." At that point, Sam shared that they still preferred male pronouns, but in September 2019, the music star took to Instagram to announce a further identity progression. "I've decided I am changing my pronouns to THEY/THEM," Sam wrote, bringing more awareness to nonbinary individuals.

In 2019, a series in the "The Bachelor" franchise featured a same sex couple for the first time ever. The monumental change happened on season 6 of "Bachelor in Paradise" when Demi Burnett, who was attached to Derek Peth at the time, shared that she'd been dating a woman back home before coming on the show. The woman, Kristian Haggerty — who'd never previously been a part of Bachelor Nation — then joined the cast to reunite with her former flame. The two ended up getting engaged on the finale (though they split a few months later).

Though it doesn't seem that revolutionary these days, back in 2003, the original version of "Queer Eye for the Straight Guy" starring Thom Filicia, Ted Allen, Carson Kressley, Kyan Douglas and Jai Rodriguez debuted on Bravo and made a big impact on American audiences. The reality show, which saw the queer community helping transform straight men's lives, looks, closets and more, was unprecedented at that point and later inspired a reboot — the wildly successful Netflix version, which was shortened to simply "Queer Eye" — in 2018.

Ryan Murphy's FX series "Pose" made waves by setting itself in the '80s and focusing on New York City's African American and Latino LGBTQ ballroom dance culture scene. It debuted in 2018 and in the process became a drama with the largest transgender cast on television to date. 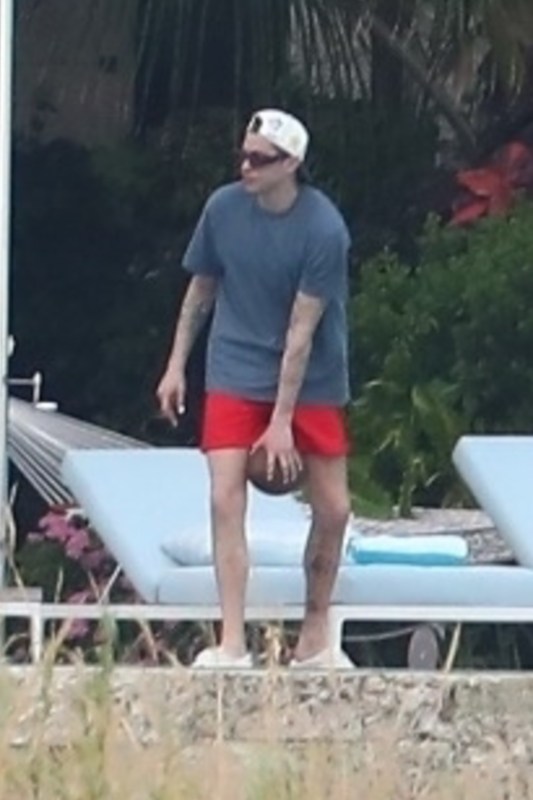