Justin Timberlake has been a child star, a boybander, a movie star, a clothing designer, a record label exec, a restaurateur and, of course, a husband and father. (Seriously, is there anything this guy can't do?) Let's celebrate JT with a look back at his illustrious life through photos…

Raised in the Baptist faith, Justin Timberlake grew up singing in his church choir. He began taking voice lessons when he was 8 and by 11, he'd appeared on "Star Search," where he performed country music as Justin Randall. The following year, he was cast on "The All New Mickey Mouse Club" along with fellow future stars Britney Spears, Christina Aguilera, Ryan Gosling, JC Chasez, Keri Russell and Nikki Deloach.

RELATED: Former child stars: Where are they now?

It wasn't long before Justin Timberlake went from child actor to full-fledged teen idol. In 1995, he joined boy band *NSYNC, which also included Joey Fatone, Lance Bass, Chris Kirkpatrick and JC Chasez. The group rose to fame in Europe before tearing up the hearts of American girls in 1998. Three hit albums, seven Grammy nominations and countless teen magazine covers later, *NSYNC remains one of the most successful pop acts in history. (In fact, until November 2015, the group held the record for biggest single-week album sales. Thanks for mucking that up, Adele.)

While all the teen girls in the world were pining for Justin Timberlake, the curly-haired cutie had his eyes on one girl: his former "All New Mickey Mouse Club" co-star Britney Spears. The duo reunited in 1999 when Britney opened up for *NSYNC on tour, and they instantly became the prom king and queen of the teen music scene. But sadly, even cutesy matching denim outfits couldn't save their relationship: The couple split in 2002 after Britney reportedly cheated on Justin with choreographer Wade Robson. "You get to a point where you're crying yourself to sleep at night," Justin told People in 2002. "I feel like I'm in the middle of a soap opera. I honestly know what it's like to have a broken heart now."

At 21, Justin Timberlake was over the whole boy band thing and wanted to be seen as a mature R&B singer. So while *NSYNC was on a hiatus in 2002, Justin went to work on his solo debut, "Justified." The album featured "Rock Your Body," "Like I Love You" and "Cry Me a River," a Grammy-winning track that took aim at ex Britney Spears. Life as a solo artist suited Justin, and in 2004, he officially said "Bye Bye Bye" to *NSYNC.

After developing his more mature sound, Justin Timberlake got himself a more mature girlfriend — eight years more mature, to be exact! JT began dating Cameron Diaz after the two met at the Nickelodeon Kids' Choice Awards in April 2003. The couple stayed together for nearly four years, dodging wedding rumors left and right, before splitting in December 2006. "We have, in fact, ended our romantic relationship, and have done so mutually and as friends, with continued love and respect for one another," the former pair said in a joint statement at the time. They've stayed relatively amicable through the years: Not only did they play nice while doing press for 2007's "Shrek the Third," in which they both voiced characters, but they paired up again for the 2011 comedy "Bad Teacher."

When Justin Timberlake sang that he'd "have you naked by the end of this song" in "Rock Your Body," did anyone really take him seriously? Apparently we should have! While performing during the Super Bowl halftime show with Janet Jackson in 2004, Justin ripped off the plate-and-lace combo on Janet's costume — exposing her bare breast (and nipple jewelry) to 143 million TV viewers. "I am sorry if anyone was offended by the wardrobe malfunction during the halftime performance at the Super Bowl. It was not intentional and is regrettable," JT said in an apology issued shortly after Nipplegate. However, he pretty much let Janet take the blame. Not cool, JT. Not cool at all.

One year after he undressed Janet Jackson on national television, Justin Timberlake got into the clothing business. (How's that for irony?) In 2005, he launched William Rast with childhood pal Trace Ayala. The name combines Justin's grandfather's first name and Trace's grandfather's last name. But that wasn't Justin's only side business: He founded New York City barbecue restaurant Southern Hospitality and the Sauza 901 tequila brand. He's also a co-owner of Myspace.

In 2006, Justin Timberlake really came into his own, music-wise, with the release of "FutureSex/LoveSounds." The album, which featured tracks including "SexyBack" and "My Love" and earned Justin four Grammys, was a game-changer in JT's career. "'SexyBack' was the point when people stopped asking me when *NSYNC were going to reunite and started asking what I was going to do next," he told Entertainment Weekly in 2009.

Although he's primarily known for his singing, Justin Timberlake has never forgotten his acting roots. In fact, he's spent nearly as much time in front of the camera as he has with a mic in his hand. Not only has he starred in movies including "The Social Network," "In Time," "Friends With Benefits" and "Inside Llewyn Davis," but he's also enjoyed a lot of success with his work on "Saturday Night Live." In fact, he's won four Emmys for his work on the show, including for the hilarious 2006 "SNL" Digital Short "D— in a Box."

In 2007, Justin Timberlake started dating Jessica Biel after meeting her at a Golden Globes afterparty. But despite where they connected, Justin insists there was nothing glamorous about their coupling. "It was very un-Hollywoodesque, in fact," he later told Britain's Hello! magazine. "We met and got talking, afterwards I asked my friend if I could call her and ask her out. My friend called Jessica and Jessica said yes, and so I called her." Still, it wasn't so easy for Justin to nab a date with the actress (they're seen here at the 2009 Met Gala). "I had to be pretty persistent in order to get her to say yes. But I have a fair amount of tenacity and if I want something, I stick to it," he said. "And in the end she agreed." However, their romance hit major snag in March 2011, and the couple called it quits after four years together.

But that wasn't the end of Justin Timberlake and Jessica Biel's romance! The couple got back together a few months later, and JT proposed during their annual December vacation to Big Sky, Montana, that same year. Justin and Jessica tied the knot in southern Italy in October 2012. "It's great to be married, the ceremony was beautiful and it was so special to be surrounded by our family and friends," the couple told People magazine post-wedding.

After taking a brief break from singing to focus on his movie career, Justin Timberlake made his musical comeback in 2013. "The 20/20 Experience" — which featured hits like "Suit & Tie" featuring JAY-Z and "Mirrors" — was the best selling album of 2013. That same year, he released a companion album, "The 20/20 Experience — 2 of 2." He topped off 2013 with an unforgettable appearance at the MTV Video Music Awards, during which he accepted the Video Vanguard Award, performed a 15-minute medley of his greatest hits and reunited with *NSYNC on stage.

And baby makes three! Justin Timberlake welcomed a son, Silas Randall Timberlake, with wife Jessica Biel in April 2015. Justin commented in 2017 that he would like to teach his son what not to do as an adult. "Would I want my child to follow my path?" Justin questioned during a interview with The Hollywood Reporter. "You know, I haven't been able to answer that question in my mind. If he wanted it bad enough, I suppose I could teach him a lot about what not to do."

Following his foray into fatherhood, Justin Timberlake went on to star in one of his biggest movies ever, which produced one of his biggest soundtrack singles ever. He starred as the lead character, Branch, in 2016's "Trolls." The movie was a huge hit and the film's lead single, "Can't Stop the Feeling!," was a major success for Justin. The single debuted at No. 1 on the U.S. Billboard Hot 100 chart and became the best selling song of the year in the States after moving 2.4 million copies. Justin also earned his first Academy Award nomination for the song!

Justin Timberlake might be a multitalented superstar, but he still makes time to support his wife. The singer walked arm-in-arm with Jessica Biel during the 75th Annual Golden Globe Awards in January 2018. Jessica was nominated for her first Globe (for best actress for her work in "The Sinner") and although she didn't take home the prize, she was still a winner in Justin's eyes.

After five years without an album release, Justin Timberlake was ready to return to music with his fifth studio album, "Man of the Woods." "It sounds more like where I've come from than any other music I've ever made… It's Southern American music. But I want to make it sound modern — at least that's the idea right now," Justin, seen here at a listening session for his latest effort, told The Hollywood Reporter in 2017. The album dropped on Feb. 2, 2018 — just two days before JT's Super Bowl halftime show performance — though it was welcomed by mixed reviews. 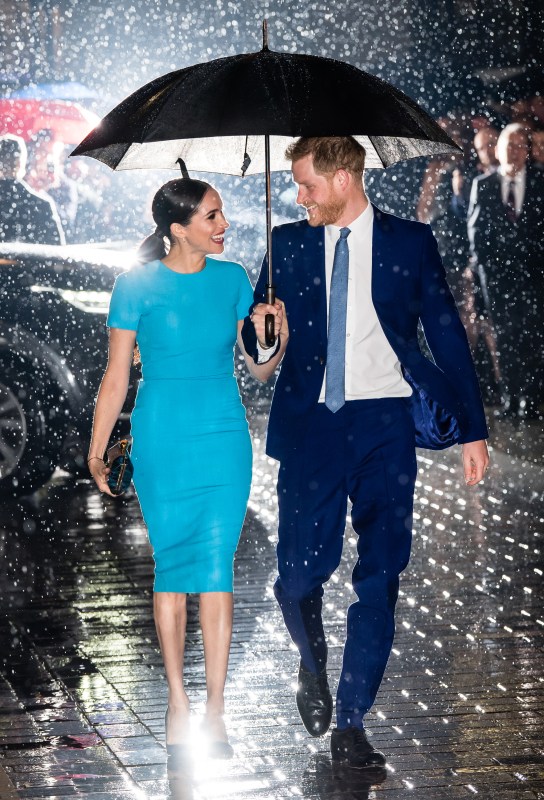