Actress Sally Field returns to TV screens in the new AMC anthology series "Dispatches from Elsewhere," which debuts on March 1, 2020. To celebrate, Wonderwall.com is taking a look back at Sally's life in pictures. Keep reading to relive some of her biggest moments…

Sally Field scored her big break when she was cast as the titular teen on the "Gidget" TV series, which aired on ABC for a single season between 1965 and 1966.

Sally Field and her high school sweetheart, Steve Craig, attended the premiere of "Battle of the Bulge" in Hollywood in 1965. She was just 21 when they tied the knot in 1968. They were married for seven years and had two sons, Peter and Eli, who both now work in the business.

Sally Field made her feature-film debut in the 1967 Western "The Way West."

Sally Field was photographed with her then-boyfriend, The Monkees' Davy Jones, in 1967. "We just sat and talked a lot," the late singer-actor told People magazine of his relationship with the actress. "With her, it was all clean living, holding hands, kissing and gentle behavior." Aww! She also reportedly romanced actors Lee Majors and Pete Duel around that time.

Sally Field starred as Sister Bertrille on "The Flying Nun," which aired for three seasons on ABC between 1967 and 1970. Despite her success as an actress, all was not well with the teen star, who admitted years later that she'd struggled with depression and bulimia while working on the show.

In 1977, the year they started dating, Burt Reynolds and Sally Field attended the Golda Gala in New York City together. The "Smokey and the Bandit" co-stars were an item for five years and made three more movies together: "Hooper," "The End" and "Smokey and the Bandit II." In 2018, Sally opened up to The New York Times about their romance and Burt's drug use ahead of the release of her memoir, "In Pieces," calling the relationship "confusing and complicated, and not without loving and caring, but really complicated and hurtful to me."

Sally Field earned her first Emmy nomination — and won — in 1977 for her performance as the title character in the 1976 miniseries "Sybil" (pictured). Burt Reynolds told People magazine that his then-girlfriend skipped the ceremony in a rage over the fact that she hadn't won the Golden Globe (or even secured a nomination) for her work in "Sybil." Instead, they watched the Emmys from a motel room in Santa Barbara, California. (The following year, Sally scored her first Golden Globe nomination for her work in their movie "Smokey and the Bandit.")

Sally Field appeared on "The Tonight Show Starring Johnny Carson" in Los Angeles on Feb. 20, 1979. She briefly dated the talk-show host during the early '80s (around the same time she reportedly romanced Kevin Kline) — but broke up with him by pretending to be mentally ill. "I told him I was having a breakdown and being sent away," she revealed during an appearance on "Watch What Happens Live" in 2016. "I couldn't figure out how just to say, 'I'm really just not into this. I just said, 'I'm so sorry. I have to go away. They're putting me in a home.'"

In 1980, Sally Field won her first Academy Award and her first Golden Globe for her performance as the title character in "Norma Rae." She posed backstage with her Oscar during the 52nd Annual Academy Awards in Los Angeles on April 15 that year.

Sally Field held hands with film exec Alan Greisman during the premiere of "The River" in Beverly Hills on Nov. 9, 1984. They tied the knot the following month and were married for a decade before parting ways in 1994.

Sally Field won her second Oscar in 1985 — and made one of the most iconic acceptance speeches in Hollywood history when she declared on the podium, "I can't deny the fact that you like me; right now, you like me." (The quote has been widely misremembered as, "You like me; you really like me.") The adorable actress was honored for her work in "Places in the Heart" during the 57th Academy Awards in Los Angeles on March 25. She also won her second Golden Globe for her performance in the drama. (Sally earned two more Golden Globe nominations between her wins in 1980 and 1985: first in 1982 for her role in "Absence of Malice" and then in 1983 for her performance in "Kiss Me Goodbye.)

Sally Field kept her baby bump mostly under wraps during the premiere of her film "Surrender," which she attended with husband Alan Greisman, in Hollywood on Oct. 5, 1987. They welcomed their son, Samuel, the following year.

Though she didn't win any awards for her work in the film, Sally Field is often remembered for her performance in the 1989 ensemble dramedy "Steel Magnolias." She portrayed M'Lynn Eatenton in the iconic adaptation of the beloved play, in which Shirley MacLaine, Olympia Dukakis, Julia Roberts, Daryl Hannah and Dolly Parton also starred. (Sally did, however, earn her seventh Golden Globe nomination for her work in the movie. She scored the sixth in 1986 for her performance in "Murphy's Romance.")

The Emmys took note of Sally Field for the second time in 1995. She earned two nominations (outstanding lead actress in a miniseries or special and outstanding miniseries) for her work in "A Woman of Independent Means," which she also executive produced. The Oscar winner attended the 47th Annual Emmy Awards in Pasadena, California, on Sept. 10 on the arm of her then-boyfriend, film technician Jerry Knight. (The following year, she scored yet another Golden Globe nomination for her performance in the miniseries.)

Sally Field made her directorial debut with the 1996 made-for-TV movie "The Christmas Tree," which she also wrote and executive produced. In this promotional photo, she's seen posing with the cast of the family drama.

In 2001, Sally Field took home an Emmy during the 53rd Annual Creative Arts Emmy Awards for her guest-starring work on "ER." (She scored a nomination the previous year for her performance on the Showtime original movie "A Cooler Climate.") Two years later, she earned a second Emmy nomination for her performance on the medical drama, on which she appeared several times between 2000 and 2006.

"Brothers & Sisters" debuted on ABC in September 2006. Sally Field starred as Nora Walker on the family drama, for which she earned an Emmy in 2007, until 2011. She scored two more Emmy nominations and two Golden Globe nominations for her work on the show.

On Jan. 7, 2013, Sally Field and her youngest son, Sam Greisman, attended the New York Film Critics Circle Awards in New York City. The following year, the Oscar winner made headlines when she penned an open letter about Sam, who's gay, while raising awareness for the Human Rights Campaign's fight against "License to Discriminate" bills.

Sally Field scored her third Oscar nomination (and her eleventh Golden Globe nomination) in 2013 for her performance as Mary Todd Lincoln in "Lincoln." She had a major red carpet moment in a stunning long-sleeved Valentino gown with a lengthy train during the Academy Awards that year. Gorgeous!

On May 5, 2014, Sally Field received a star on the Hollywood Walk of Fame. Her adult son, actor-director Eli Craig, joined her at the ceremony along with his then-pregnant wife and their son.

"The Glass Menagerie" opened on Broadway on March 9, 2017. Sally Field starred as the delusional Amanda Wingfield in the production at New York City's Belasco Theatre. Less than two months later on May 2, she earned her first Tony Award nomination.

In September 2018, Sally Field made headlines when she opened up about her past in a deeply personal interview with The New York Times just days before the release of her memoir "In Pieces." The actress (seen here speaking about her book at the American Library Association Annual Conference in June 2018) revealed she had been sexually abused during her childhood by her stepfather, stuntman-actor Jock Mahoney, and said the trauma of that experience played out in her romance with actor Burt Reynolds as an adult. "This would hurt [Burt]," Sally told the Times of the revelations in her book, just days after Burt's sudden death. "I felt glad that he wasn't going to read it, he wasn't going to be asked about it, and he wasn't going to have to defend himself or lash out, which he probably would have. I did not want to hurt him any further." Sally explained that her relationship with her old co-star was in some way a twisted recreation of her toxic relationship with her stepdad and abuser. "I was somehow exorcising something that needed to be exorcised," she said.

Sally Field returned to the stage in 2019 in a West End revival of Arthur Miller's play "All My Sons" at London's Old Vic Theatre. She performed alongside Bill Pullman, Jenna Coleman (pictured with Sally here) and Colin Morgan.

In December 2019, Sally Field was celebrated at the 42nd Annual Kennedy Center Honors in Washington, D.C. Other stars who were awarded at that year's ceremony alongside Sally include the R&B group Earth, Wind & Fire, singer Linda Ronstadt, the "Sesame Street" television series and conductor Michael Tilson Thomas.

Sally Field is pictured here with Jane Fonda at Jane's "Fire Drill Friday" climate change protest on the steps of Capitol Hill in Washington, D.C. on Dec. 13, 2019. Sally was arrested for her participation in the weekly protest, which was slated to happen every Friday for four months, along with other celebrities including Joaquin Phoenix, Piper Perabo, Ted Danson and Jane herself.

As for what's on the horizon for this acclaimed star? Sally Field returns to television on "Dispatches from Elsewhere," an AMC anthology series that premieres in March 2020. The show, which follows the lives of a group of people who come across a hidden puzzle that reveals mysteries far beyond anything they could have imagined, was created by actor Jason Segel, who co-stars. Sally is pictured here with castmates Jason, Eve Lindley and André Benjamin at a press conference for the series in Los Angeles on Jan. 16, 2020. 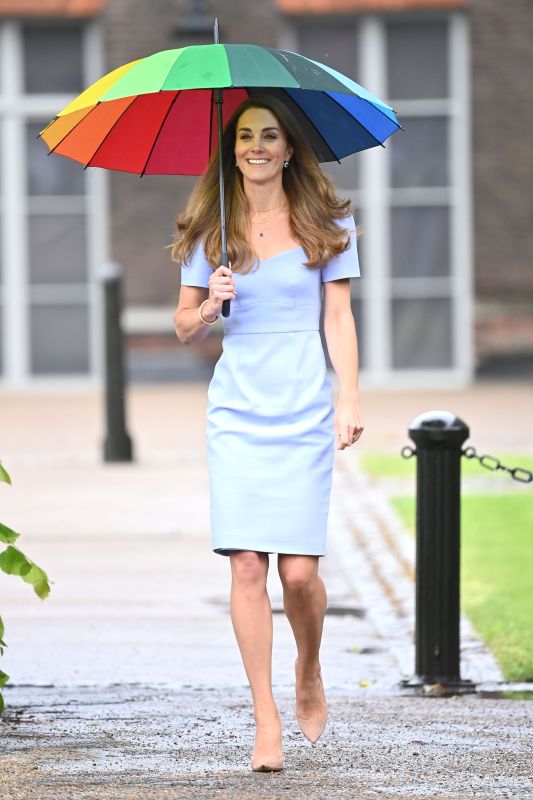