If you thought the stars of the 1980s and 1990s all had it made, think again. Wonderwall.com is taking a look at the celebrities who made it big in those decades only to overspend and end up broke. Keep reading to see who lost some serious money, starting with Joey Lawrence. Joey was a teen pinup when he starred on "Blossom" in the early '90s. He enjoyed renewed popularity as an adult when he co-starred on "Melissa & Joey" from 2010 to 2015. But less than two years after that sitcom ended, he and wife Chandie were living beyond their means. The couple filed for Chapter 7 bankruptcy in July 2017. Us Weekly reported that the couple's expenses left them $18,000 in the hole every month and that their debts included $132,000 in credit card bills, $88,000 in back taxes, $32,000 in unpaid loans and $54,000 in unpaid rent, plus they owed almost $100,000 for their cars. In March 2018, they settled their bankruptcy case. Documents seen by Us Weekly revealed that once all was said and done, Joey and his wife had just $52,547.88 with which to pay all their creditors — and that many, including the IRS, would only getting a small portion of what they're due while others, like Capital One, BMW, Ford Motor Company and American Express, would get nothing at all.

In 2009, "Baywatch" alum Pamela Anderson was reportedly in debt for more than $1 million for remodeling work on her Malibu home plus back state taxes. "The house just enveloped me financially and I didn't know how to handle it," she told The Sun in 2013. "It happens to a lot of people in Hollywood. It was a very stressful couple of years."

According to Forbes, Nicolas Cage earned $40 million in 2009. But the actor, who had a prominent movie career in the '90s, had some spending issues and owed the IRS $6.2 million in federal income tax for 2007 and another $350,000 in unpaid taxes from 2002 to 2004. Nic sued his business manager in 2009, but the manager claimed that the star had blown through at least $33 million (including spending a reported $276,000 to purchase an exotic dinosaur skull). The homes, cars and jewelry were not enough to pay his debts, so Nic started selling off assets including his "Superman Action Comics No. 1" copy in an online auction. It brought in a whopping $2.1 million.

"Full House" star Jodie Sweetin is flourishing these days, but back in 2008, she was facing tough times. The actress, who once battled a meth addiction, was forced to let her house go into foreclosure after ex-husband Cody Herpin failed to find employment. Yikes.

Toni Braxton had music hits in the '90s including "Another Sad Love Song" and "Breathe Again." But in 1998, she broke with her music company and filed for bankruptcy, which required her to sell her Grammys and other awards. However, this was not the end of her financial difficulties. She sued her former manager in 2007, alleging that he owed her $10 million. She later filed for a second bankruptcy in 2010 and claimed up to $50 million in debt.

She was one of the hottest actresses in the '80s and '90s, but Kim Basinger was not free of financial difficulties. In 1989, she and other investors bought the town of Braselton, Georgia, for $20 million intending to turn it into a tourist destination, but had to sell it five years later at a huge loss. In 1993, a court handed down an $8 million judgment against the Oscar winner after she pulled out of the film "Boxing Helena." She had to file for bankruptcy that year but appealed, which resulted in a $3.8 million settlement instead.

Gary Coleman was once one of TV's best paid stars with $7 million in the bank, but his finances were in tatters near the end of his life. The "Diff'rent Strokes" actor, who died from a brain injury in 2010, filed for bankruptcy in 1999 after spending much of his money on medical bills and a lengthy legal battle with his adoptive parents.

Like her "Diff'rent Strokes" co-star Gary Coleman, Dana Plato also struggled financially after the show ended. In 1988, the actress signed over power of attorney to an accountant who disappeared with the majority of her money, leaving her with no more than $150K. Dana soon began struggling with poverty, drugs and homelessness. She was arrested for robbing a video store in 1991 and sadly overdosed three years later.

"Diff'rent Strokes" star Todd Bridges was also impacted financially after the show went off the air. The actor, who was once making $15,000 to $30,000 a week, lost nearly all his money due to an ongoing drug addiction. Things got so bad that, at one point, he was only making $22,500 a year as an actor.

Model Janice Dickinson's fame peaked in the '80s, but her financial success didn't last. The controversial beauty ended up filing for bankruptcy in 2013 after accumulating almost $1 million in debt.

Wesley Snipes filed for bankruptcy in 2006 when he was indicted for tax evasion. The '80s and '90s movie actor owed the IRS more than $12 million over six years and spent three years in prison for it.

The late Michael Jackson was the biggest music star of the '80s thanks to hits that amassed millions. But his earnings couldn't keep up with his lavish spending and his home, Neverland Ranch, nearly went to auction in 2008 after Michael failed to repay a $24 million loan on it, Rolling Stone reported. (Instead, he sold it to Colony Capital just before his 2009 death.) But MJ's financial situation was far more dire than that. William R. Ackerman testified on behalf of AEG Live in a wrongful-death suit brought by the King of Pop's mother in 2013 and explained that Michael owed between $400 and $500 million at the time of his death. "Consistently, his largest expenditure was interest expense," William testified. In June 2015, TMZ reported that in the six years following Michael's death, his estate had earned nearly $2 billion — but it's money he was never able to enjoy.

In 2004, Don Johnson filed for bankruptcy after City National Bank asked him to return a reported $1 million that he owed them and asked that his multi-million-dollar Aspen home be auctioned off to pay them back. The "Miami Vice" star had borrowed money to boost his company, Timber Doodle Glade Equity Venture LLC. In 2004, he filed a Chapter 11 petition in the name of his company in order to avoid having his home sold.

The comedian Sinbad was once broke as a joke. The star of "The Sinbad Show" in the early 1990s filed for bankruptcy in 2009, then filed again in 2013. In his second filing, he claimed he had nearly $11 million in debt, including owing $8 million to the IRS for back taxes. At the time, his filing said that he was earning $16,000 a month.

Tionne "T-Boz" Watkins is a member of the '90s group TLC. TLC's second studio album, "Crazy Sexy Cool," sold more than 23 million copies worldwide, but money was still a problem for her. In 2011, T-Boz filed for bankruptcy with debts of about $800,000. Billboard reported that her financial troubles began as early as 1995 when she originally filed for bankruptcy with TLC.

During the 1980s, Marvin Lee Aday — better known as Meat Loaf — had his friend Jim Steinman help write his songs. Then Jim sued for insufficient royalties. As a result, Meat Loaf went broke and filed for bankruptcy. He wrote his own songs after that.

The late Anna Nicole Smith was a model-turned-reality star who gained fame in the '90s. Her marriage to 86-year-old billionaire J. Howard Marshall also made major headlines in the '90s, especially after he died just three months after their nuptials in 1995. Anna Nicole filed for bankruptcy just one year later after a former employee sued her for sexual harassment and won more than $800,000.

Cyndi Lauper landed a record deal as a solo artist in 1983, but before that, times were not so fun. After her band Blue Angel split, the "Girls Just Want to Have Fun" singer filed for bankruptcy. With hits from her solo album "She's So Unusual" including "Time After Time" and "She Bop," Cyndi earned her money back — and then some.

La Toya Jackson enjoyed a life in the spotlight thanks to her famous family, and her solo career flourished in the '80s after she released her self-titled debut album in 1980. Though she found moderate success, her popularity — and bank account balance — declined in the '90s, which led her to declare bankruptcy in 1995.

Gary Busey starred in several huge films in the '80s and '90s but owed a lot of money in 2012! He filed for Chapter 7 bankruptcy that year and reportedly had less than $50,000 to his name and debts of up to $1 million. His creditors included the IRS, a UCLA medical facility and Wells Fargo bank, to name a few.

"Stop! Hammer time!" MC Hammer reportedly earned more than $30 million in the early 1990s. But he lived such a lavish lifestyle that he soon found himself $13 million in debt. He filed for bankruptcy in April 1996.

The late Corey Haim was an '80s heartthrob who starred in films like "The Lost Boys" and "License to Drive." Unfortunately, the star had financial trouble as he transitioned from teen idol to adult actor and by 1997, he had to declare bankruptcy after being driven into debt by medical bills and back taxes.

"Eight Is Enough" star Willie Aames struggled to find his financial footing after investing in a bad coal mine deal during his heyday. The TV actor, who was once making $1.6 million a year, soon owed the IRS $400,000, leading to his homelessness.

"Baywatch" star Nicole Eggert faced some financial troubles back in 2015. The actress was forced to sell her Los Angeles home for $1.15 million to cover her growing bills. 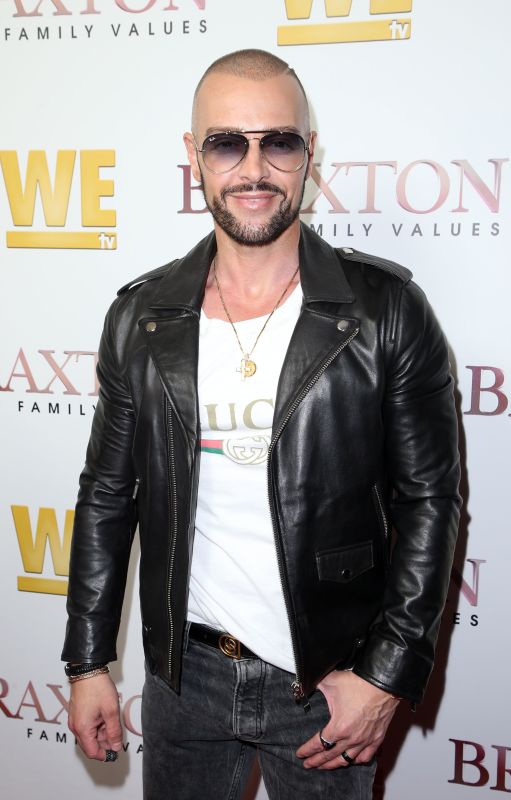 Up Next Money woes