Taraji P. Henson plays mathematics genius Katherine Johnson in the newly released drama "Hidden Figures." In honor of her incredible portrayal of the physicist and mathematician who made significant contributions to NASA and America's space program, Wonderwall.com is taking a look at Taraji's real life. Keep reading to find out what you probably don't know — but should! — about the "Empire" star!

RELATED: 10 things to know about the cast of "Empire"

2. She credits her father for inspiring her acting success

Taraji P. Henson helped honor everyday heroes at the 10th Annual CNN Heroes Tribute in New York City on Dec. 11, 2016, but her hero was her father, Boris Henson. "My father, he was homeless," she told "ET." "He served in the military. He was a police officer. He battled with his demons just like all humans do, but my father didn't hide it from me." She told Glamour that he was always there for her in spite of his difficulties. "The fact that I could say, 'I have a daddy,' and 'here he is being a dad,' no matter his circumstances — that meant more to me than him ever having riches. He was good for a walk in the park. He taught me to ride my bike. Even though I grew up in a broken home, I wasn't missing anything," she said. "A lot of my friends couldn't say, 'This is my daddy. Here he is.'" She further told the mag that he inspired her acting career. She shared, "He kept telling me, 'You're going to be the greatest actress. You walk in your greatness, baby. That's you. You are great!'"

3. She had her son while in college

When Taraji P. Henson was a junior in college, she found out that she was pregnant. But she didn't give up on her goal of graduating with a degree in theater. She told her theater professors, "Don't you bench me because I'm pregnant." Taraji gave birth to son Marcel (seen here at the 2015 Emmys) in 1994 and graduated from Howard University in 1995.

4. She had a change of heart about her college major

Taraji P. Henson wasn't always a theater student. Before earning her theater degree at Howard University, she attended the University of the District Columbia and the North Carolina Agricultural and Technical State University to study electrical engineering. She's a true transfer success story!

5. She agreed to play Cookie Lyon on one condition

Taraji P. Henson and Terrence Howard play one of our favorite couples on TV: Cookie and Lucious Lyon on "Empire." But did you know that Taraji did not want to take her role without Terrence? She recalled her conversation with "Empire" creator Lee Daniels to Rolling Stone. "They came to me and I said, 'The only person I'll do it with is Terrence,'" she told the mag. "Cookie and Lucious sometimes hate and love each other in the same scene. There's an unspoken connection that you can't fake. My boy Terrence and I have that. So I said to Lee, 'If you can make it happen with Terrence, call me back.'"

Taraji P. Henson and Mary J. Blige have more in common than the fact that they love using their middle initials professionally! Taraji told Us Weekly that Mary is her "go-to sushi pal."

7. She auditioned for "Precious"

Taraji P. Henson wanted to star in Lee Daniels' 2009 film "Precious." She told W magazine, "Lee wanted me for the thin, pretty teacher in 'Precious,' and I was like, 'Well, I want to play Precious — because that's the role in this piece.' Lee thought I was nuts. I was like, 'Look, they turned Charlize Theron into a monster! I could be this girl!' When I think about that now, it was such a Cookie move." The part of Precious went to Gabourey Sidibe.

8. Her hair is au naturel again

Taraji P. Henson loves changing up her hair. "I feel like relaxing my hair for 26 years really damaged it," she admitted to People Style. "But it's natural now — and I love it. For 'Empire' I use wigs. I keep my hair braided in lots of teeny cornrows so the wigs fit on my head. When I take them out, I'll sit under a steamer while I deep-condition my hair." She further shared why she quit putting chemicals in her hair. "When I did 'Baby Boy' [in 2001], I had new growth and I was ashamed. I was like, 'Oh my God, my hair is terrible, don't look at my new growth.' The young lady who did my hair [for it] asked me, 'What are you talking about? Your hair is beautiful! Why are you even getting a relaxer? All you have to do is know how to work it.' So I grew my relaxer out. I was overwhelmed at first, because you go from straight, silky hair, to 'What is this?'"

9. She's related to a famous explorer

Taraji P. Henson is not the only famous person in her family. Her cousin, Matthew A. Henson, helped discover the North Pole.

10. She can sing you a lullaby

Taraji P. Henson proved that she was a triple threat when she was a singing and dancing waitress for a dinner cruise during her college years. Since then, she's had a few more chances to show off her vocal range. We saw her sing during her monologue on "Saturday Night Live" on April 11, 2015 (seen here), and during the 2006 Oscars when she sang "It's Hard Out Here for a Pimp" with Three 6 Mafia, the track from "Hustle & Flow" that won the Academy Award for Best Original Song. But did you know that she also sang a children's lullaby? On the "Unexpected Dreams: Songs from the Stars" album, listen to Taraji's beautiful voice singing "In My Daughter's Eyes." 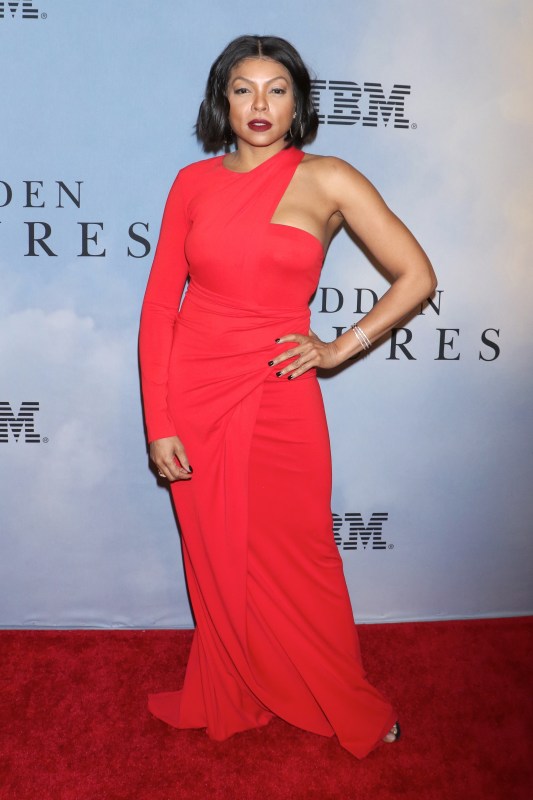 Up Next Taraji Things