Selena Gomez is 'not looking to date' after treatment

This year's Valentine's Day isn't about romance for Selena Gomez. Having just wrapped up a treatment program for anxiety and depression, the singer's prioritizing her mental and emotional health above all else. "Selena is focusing on her mental health and has been reading, exercising, eating well and spending time with her close friends and family," an insider tells Us Weekly. "She isn't necessarily looking to date right now." Instead, the source says Selena is "paying most of her attention to her own well-being and doesn't want that infringed upon," adding that "she's great and in a really good place." Last year, Selena ended up in the hospital multiple times due to complications from Lupus. The stress ultimately became too much for her, so she headed to a psychiatric center on the East Coast in October for help. By mid-January, she'd completed treatment and was clearly starting to feel better as she made a cautious return to social media after a long break. "It's been awhile since you have heard from me, but I wanted to wish everyone a happy new year and to thank you for your love and support," she wrote on Instagram last month. "Last year was definitely a year of self-reflection, challenges and growth. It's always those challenges which show you who you are and what you are capable of overcoming. Trust me, it's not easy, but I am proud of the person I am becoming and look forward to the year ahead. Love you all."

RELATED: More celebrities who have struggled with mental health issues

Khloe Kardashian and her daughter, True Thompson, got an early start on their Valentine's Day festivities on Thursday, Feb. 14, thanks in part to Kris Jenner, who sent over a pile of red, pink and white, heart adorned gifts to the pair. "Look miss True, look what Lovey got you for Valentine's Day," Khloe said a clip posted on Instagram. "Thank you, mom!" Another post showed some of the stuffed animals and other gifts Kris sent, along with the caption, "I love you mommy! @KrisJenner," while a third showed True enjoying her breakfast beneath a big, heart-shaped balloon. There was no sign of True's dad, Tristan Thompson in the morning posts Khloe shared from Los Angeles, but People notes the NBA star was in Cleveland on Wednesday for a Cavaliers game. It's still unclear what's going on with Khloe and Tristan, who reportedly spend minimal time together these days, though they have made a point of celebrating most major holidays as a family with True. An insider recently told People Khloe "very much acts like a single mom." Whether the two are together or not a year after Tristan's cheating scandal, Khloe's been reflecting on love and relationships for months, now, sharing many of her thoughts on social media, albeit without much clarification. "There's a defining moment in a person's life where they become fully aware that they've found their person," her most recent cryptic post began. "It's someone who lets you be, perfection and flaws. Someone who lets you feel that there's no need to put a front, cover up the ugly truths. It's someone who calls you out when there is a need to and can be brutally honest with you." Khloe and Tristan were last seen together having dinner at Craig's in Los Angeles on Jan. 13.

Khloe Kardashian wasn't the only member of the Kardashian-Jenner fam that got a jump start on Valentine's Day. After Kendall finally confirmed she's dating Philadelphia 76ers star Ben Simmons on "Ellen," the two stepped out for a date at Marquee in New York City on Tuesday, Feb. 13. While Kendall was in town for New York Fashion Week, The Blast reports Ben's team had a game against the New York Knicks. The couple reportedly headed out together after their evening in the wee hours of Valentine's Day.

Diamonds are said to be the hardest material on Earth, so what better to protect one's cell phone with than a few hundred thousand dollars' worth of those sparkly little gems? Drake, whose owl logo once made its way onto a life-sized owl pendant made of 100 carats of Asscher cut diamonds, is the proud new owner of an 18-karat white gold cell phone case that features a massive owl and is encrusted with little blue diamonds. According to Page Six, Champagne Papi commissioned jewelerJason of Beverly Hills to make him the $400,000 iPhone X case. The white gold OVO owl also has diamond eyes. Showing off his team's handiwork, Jason boasted on Instagram that they made Drake the diamond case "because we can't do basic."

Gillian Anderson opens up about the 'trauma' of ageing

At 50, Gillian Anderson feels a special connection to the character she's now playing in a West End production of "All About Eve." Like her older Broadway star character, Gillian's spent her career under the spotlight in an industry where a woman's appearance is often central to her success. "There's a sense of being forgotten as you age, of becoming invisible when your currency has no value anymore," Gillian recently told Vogue, reflecting on the play's story of an actress watching a younger star begin to take over her roles. "If you watch yourself on film, there is a certain point you see yourself … change. It's arresting. It can either be completely traumatic or something that instigates a shift of consciousness towards thinking about what's important," she continues. "But you have to go through that trauma first, to mourn."

It is with a heavy heart we must inform you that Tom Petty did not, in fact, send Cardi B a congratulatory flower arrangement from beyond the grave. After the Grammy Awards, Cardi shared a heartfelt "thank you for the flowers" post directed at Tom, who despite having died in 2017, appeared to have signed the arrangement Cardi was given the night of her big win. His name appeared beneath a line from his song the sender had included, confusing Cardi who, to be fair, had a lot going on that evening. According to TMZ, the bouquet came from florist Annie Wonderlich of Art Fleur, who also sent an arrangement to Cardi's new pal, Lady Gaga.

Are there more kids in the works for parents of five, Tori Spelling and Dean McDermott? Dean seems to think there could be. "We have so many kids that we have now to enjoy, but I look at [her] and she has this gleam in her eyes, like, 'I can do more,'" he told Us Weekly this month. "We're happy with our big brood, and they love on each other so much. … It's so great we have the enjoyment of every age." The couple's children include Liam, 11, Stella, 10, Hattie, 7, Finn, 6, and 23-month-old Beau, 23 months. Dean also has a 21-year-old son, Jack, from a previous relationship. Last spring, Tori told Us she and the kids would all be excited to welcome one more baby to the mix. "I like even numbers [and my kids] keep asking," she explained. "They all want one more because they want a little baby sister now. But I can't imagine dad being sane if we have one more. It would push dad over the edge. He's doing the best he can!"

At the over-the-top New York Fashion Week event staged by Philipp Plein this week, Paris Hilton was joined for the show by a World War II veteran named Sidney Walton whose 100th birthday happened to have been this week. Sidney reportedly got a standing ovation when he left in his wheelchair. The designer's son later told Page Six Paris was seated on Sidney's lap for at least part of the event, sparking some to wonder how she knew him. Now, a source tells the tab Sidney has somehow "known Paris for years," and that "he's a huge fan of Paris', and he loves to attend her DJ shows and events." Sounding more than a little enamored of Paris his or herself, the insider added that Sidney "thinks she's the sweetest and most beautiful girl," and Paris "has a big heart and wanted to make his 100th birthday special."

Smooth move! Kanye West earned some major husband points with Kim Kardashian West on Valentine's Day by booking smooth jazz saxophonist to play for them at their house. "NO BIG DEAL KENNY G IN MY LIVING ROOM!!! Happy Valentines Day 💋💋💋," Kim tweeted. The mini-concert comes a year after Kim got together with her whole family for a Kardashian-Jenner holiday-themed dinner, according to JustJared. 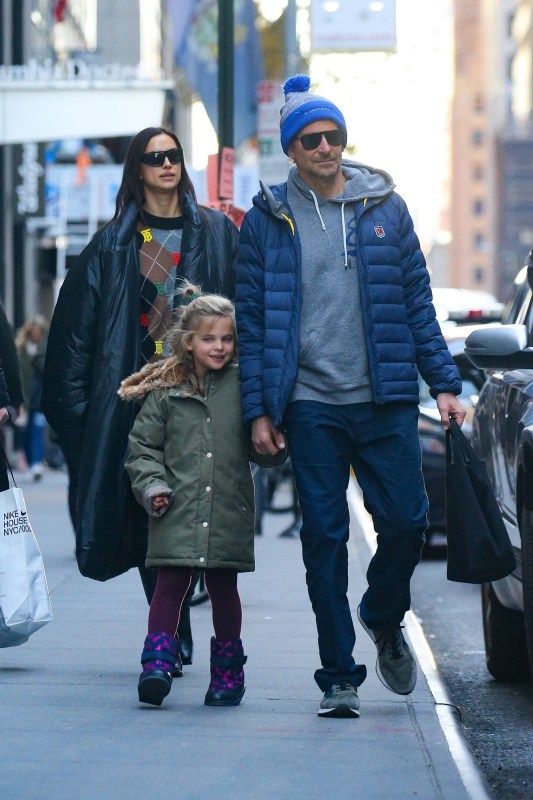