New details about the man who's been accused of stalking Swift have emerged and they're seriously disturbing. TMZ published excerpts from a 122-page indictment against Frank Andrew Hoover that states he sent emails to Taylor's dad between May 2015 and October 2016 in which he threatened to kill Taylor's whole family. "Decided that we are going to end all the Swifts on one day because I can't stand that virus shit your daughter spread," one email read. In another, he allegedly wrote: "The evil family of devils: Scott, Austin, Taylor, Andrew. Sincerely, the end real son of god." A third email reportedly stated, "This article is not a joke and is why god is going to burn them into the desert for me," a fourth said, "Go to hell, Swift" and yet another said, "enjoy the brain aneurysms and death." In 2016, the man was arrested in Austin, Texas, for following Taylor when there was a restraining order out against him. His charges now include violating a restraining order and stalking.

Kim Kardashian West reveals 'the truth about [her] pregnancy decision'

Kim Kardashian West and Kanye West kept details about their plans to welcome a third child relatively quiet for the past year. Now that their daughter has arrived, though, Kim's apparently ready to open up about the experience of having someone else carry her baby — an option she and Kanye chose because she suffered from health issues when she was pregnant with North and Saint. In a new post on her app, Kim explains that her doctors said it wasn't safe for her for her health or for a baby's health for her to carry another child due to her "preeclampsia and placenta accreta." That's why, after looking into multiple options, she and Kanye decided to get some help from a third party. And as she explains in the post, that third party isn't actually a "surrogate." "Although I have used the term surrogate in the past, a gestational carrier is actually the technical term for a woman who carries a baby that she has no biological relationship to. A traditional surrogate donates her egg, is artificially inseminated with the father's sperm and then carries the baby to term. Since we implanted my fertilized egg in our gestational carrier, our baby is biologically mine and Kanye's," Kim writes. "Finding a gestational carrier was such an interesting experience," she continues, praising the woman she and Kanye chose as "amazing." "We have a great relationship with her and trusted her completely throughout the entire process," Kim says. She also points out that while the process is "different," that doesn't mean it's easy. "People assume it's better because you don't have to deal with the physical changes, pain or complications with delivery, but for me it was so hard to not carry my own child, especially after I carried North and Saint," Kim writes. "Our gestational carrier gave us the greatest gift one could give," she adds. "The connection with our baby came instantly and it's as if she was with us the whole time."

Lupita Nyong'o is writing a children's book about 'colorism'

Lupita Nyong'o is working on her first book. According to the New York Post, the children's book, "Sulwe," will be about "colorism," in which those with lighter skin are treated in a positive light than those with darker skin. The title refers to the book's main character, a 5-year-old girl from Kenya who has dark skin — something Lupita has said she had to come to terms with growing up, as well. "European standards of beauty are something that plague the entire world — the idea that darker skin is not beautiful, that light skin is the key to success and love. Africa is no exception," the actress told Glamour in 2014, the year she appeared on the cover of People's Most Beautiful issue. She also shared a story about being tormented, even by teachers, for the color of her skin, which one teacher suggested would prevent her from finding a husband. "Sulwe" is due out on Simon & Schuster Books for Young Readers next January.

Jimmy Kimmel on Kanye West feud: 'I live for moments like that'

Back in 2013, after Kanye West announced, among other amazing things, that he was "the world's biggest rock star" in an interview, Jimmy Kimmel ran a spoof about it on his show. Kanye ended up catching wind of it and began tweeting in earnest about Jimmy, launching a feud between the two. In the new issue of GQ, Jimmy says he kind of loved the whole thing. "JIMMY KIMMEL IS OUT OF LINE TO TRY AND SPOOF IN ANY WAY THE FIRST PIECE OF HONEST MEDIA IN YEARS," Kanye wrote in one tweet. Others featured would-be one-liners such as, "JIMMY KIMMEL PUT YOURSELF IN MY SHOES … OH NO THAT MEANS YOU WOULD HAVE GOTTEN TOO MUCH GOOD …" (let's just call it "sex," ahem) "… IN YOUR LIFE." Speaking to GQ, Jimmy, who has since made up with Kanye by having him on his show, admitted he loved the feud. "I live for moments like that. When I got in a Twitter battle with Kanye, I was so happy. My wife makes fun of me. She's like, 'You are so happy right now.' I'm absolutely beaming. I feel very confident in a situation like that." In other news, are we the only ones who secretly miss the days when Kanye only tweeted in all caps?

Could Hulk Hogan be the next U.S. Senator for Florida? He seems to think so. Whether he'll run, however, remains to be seen. TMZ caught up with the wrestling star this week, asking about a report that claimed Republican strategist and onetime Donald Trump adviser Roger Stone had encouraged him to run against Rick Scott. "If I run, I will win," Hulk said. He also said he wasn't interested in running now, necessarily, but he implied that could change. The 64-year-old Republican explained he wasn't feeling politics these days because of the "chaos" involved with the rift between the parties. The Bleacher Report, meanwhile suggests Hulk might have trouble winning voters given his recent bad press. He and Gawker duked it out over a sex tape of him published in part by the website in 2016. The year before that, the WWE cut him loose after he made racist slurs regarding the romantic life of his daughter, Brooke Hogan. Despite his split from the WWE, he told TMZ the only "run" he would consider would be "another title run as a pro wrestler," according to the website.

"It's been a really difficult week." That's how Rob Lowe summed up the experience he's been having in Montecito, California, where 20 people have been found dead and more are missing after the mudslides that followed the Thomas Fire. "The sadness," Rob said on "Ellen" this week (via E! News). "I can't kind of get beyond it." He went on to say authorities found one of the missing people was found alive two days ago before explaining that 179 houses have been totally destroyed, while more than 200 suffered damage. "We'd all gone through this 200-year fire event that burned all of our hills around our little community," he recalled, detailing what his family was going through before the mudsides. "Then they came to evacuate us," he continued. Since the evacuation was mandatory, Rob said his son Matthew stayed. "I had a meeting out of town. And at 4 o'clock in the morning, I got a FaceTime from Matthew panicking," he said. "I think I sent it to you guys. You'll see the FaceTime in a minute, but fires [were] everywhere because gas lines were rupturing. It was like Armageddon."

A South American promoter Mariah Carey sued after telling fans they were responsible for canceling two shows in Argentina and Chile in 2016 has filed a countersuit against the singer, according to TMZ. Mariah's original lawsuit claimed the payments FEG Entretenimientos was contractually obliged to make were "late, insufficient or totally unpaid." Her company said because of that, she was forced to cancel the shows and that Mariah's contract stipulates she'll be paid in full in the event of a cancelation. The suit also demanded damages because her reputation was damaged by the cancelations. TMZ reports the promoter claims in the countersuit they had in fact paid her almost 75 percent of what she was owes, which the promoter says is standard. FEG went on to blame the cancelation on low ticket sales in Brazil. The company also said Mariah's tweet, in which she told fans it was their fault the shows were canceled, was defamatory. Mariah's lawsuit is reportedly pending, while FEG is suing for at least $3 million, according to TMZ. The website previously reported Mariah's demand for a $50 million settlement with her ex, James Packer, was in part because of emotional distress she allegedly claimed forced her to cancel the shows.

Baby love! After Kim Kardashian West and Kanye West welcomed their third child via gestational surrogate on Monday, Jan. 15, Kim's little sister, Kylie Jenner — who's reportedly expecting a child of her own with Travis Scott — sent the newly minted mother of three a large, heart-shaped bouquet of red and white roses. Kim posted a clip of the gift on Snapchat and Instagram, according to Us Weekly, asking her followers, "How beautiful are these flowers?" and thanking her sibling. Kylie, meanwhile, has yet to speak out about her own stork situation. "She's very happy about the pregnancy but she doesn't want to share this with the world," a source told Us this month. "Her not being out is strictly personal preference. She wants to keep this one aspect of her life private."

Bruce Willis and Emma Heming put their NYC home on the market for $17.5M

Just three years after they bought it from the owner of the Milwaukee Bucks for almost $17 million, Bruce Willis and Emma Heming are looking to unload their six-bedroom, four-and-a-half-bathroom pad on Central Park West in New York City. Though Bruce said in a statement that he'll "always be an Upper West Side guy," as he's lived in the neighborhood "on and off since the '70s," he and his wife and their daughters have been too busy to spend much time there, according to the Daily Mail. The couple is reportedly asking for $17.75 million for the 6,000 square foot home, which features a library, a steam shower in the master suite and views of Central Park, among other amenities.

Refinery29 suspects that while her sisters prepare to welcome babies, Kourtney Kardashian could be busy with a baby of her own — a makeup line. The website reports Kourtney's company, 2DIE4KOURT, has filed to trademark her nickname, "Kourt" under the "cosmetics goods/ services category." She previously shared an Instagram story that showed different versions of a "Kourt" logo, with a Kylie Cosmetics pen and paperin the frame. If she goes into the same biz as Kylie, she has some serious shoes to fill. According to TeenVogue, Kylie raked in $420 million in just 18 months via her cosmetics line sales. Kim, meanwhile, sold $10 million worth of items in one day when she launched her latest fragrance. 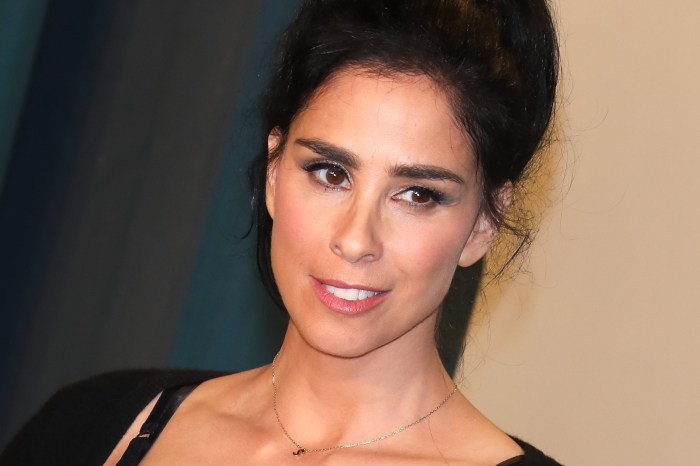