Looks like Zoe Kravitz's new boyfriend, Channing Tatum, is already tight with her famous dad. In an adorable Instagram exchange spotted by Comments By Celebs, Channing, 41, teased Lenny Kravitz, 57, about the ridiculously chiseled midsection he's showing off lately in photos. "Good god man!" Channing commented on one particularly ab-centric pic. "What are you eating or what's in the water or the genes? It's not natural. Do you just do abs like all day?" Lenny's perfect reply? "Dude, I'm just trying to get in the next Magic Mike. Any connections?" The quip comes a few months after Zoe asked her dad if he was "auditioning for MM3" after spotting another photo of the rocker and his washboard abs. "I've been ready!" he told his daughter at the time, per ET. Zoe and Channing were first linked this summer; the "Magic Mike" alum also stars in Zoe's upcoming directorial debut.

Over the summer, Taylor Swift's fans went into a Twitter frenzy, courtesy of a rumor the singer was collaborating with Adele. That theory fizzled — but it's made room for a new gossip tidbit about the two stars. After Taylor announced on Sept. 30 that her newly re-recorded "Red (Taylor's Version)" will drop a week earlier than planned, on Nov. 12 instead of Nov. 19, some Swifties took to social media with predictions that Taylor's scheduling change means Adele's highly anticipated new album will be out in November, as well — if not sooner. "Taylor Swift announced Adele's comeback before Adele herself," quipped one fan. "Taylor Swift has rescheduled Red (Taylor's Version), fueling the rumors that Adele will release her 4th studio album in November," another shared. Others posted that Adele's new music could be out even sooner than November — including "The Morning Hot Tub and Stingray Hit List Countdown" host Mauler, who tweeted, then deleted, "New Adele. This week," on Sept. 28. While the Nov. 12 date would give Tay a chance to get closer to her favorite lucky number, 13, on the calendar, it's also true that Taylor loves supporting her female pop peers and may well want to get out of the way if she and Adele were slated to drop albums the same day. Meanwhile, insiders have been predicting for months that Adele will release new music around the holidays … and if there is, in fact, a secret Taylor-Adele collab, what better way to promote them both than back-to-back release? Just sayin' …

Kim Kardashian West paid tribute to her late dad, Robert Kardashian, with a moving post on Sept. 30, the anniversary of his death. Sharing throwback pics to her Instagram Stories, Kim admitted that the same date "18 years ago was the worst day of my life," then added, "But, I know you see and guide. Love never dies. Love u daddy." Robert, who lost his battle with cancer at age 59 on Sept. 30, 2003, was best known outside his famous family for serving as the defense attorney for his longtime friend, O.J. Simpson, during his murder trial. Kim, an aspiring attorney herself, has said her dad helped spark her interest in law — she also told Van Jones during an interview back in 2020 that Robert "would have loved" to see her pursue law, as he had before her.

Shakira and her son, Milan, were still shaken up this week after a pair of wild boars apparently attacked them at a park in Barcelona. The singer recounted the scary incident on her Instagram Stories on Sept. 29, showing off the dirt-covered, ripped bag she said they snatched and ran off with. "Look at how two wild boar which attacked me in the park have left my bag," said the the Colombia-born star. "They were taking my bag to the woods with my mobile phone in it. They've destroyed everything." According to the BBC, wild boars are known for being aggressive and dangerous — particularly now that they've been showing up in increasing numbers in cities across Europe. But it seems Shakira, 44, protected her 8-year-old, recovered the purse and got out of the situation without injury. "Milan tell the truth," Shakira nudged her son in one of her posts. "Say how your mummy stood up to the wild boar." The wild story quickly started trending around the world on Twitter after the singer shared what had happened.

On Sept. 30, "The Wendy Williams Show" announced via Instagram that Wendy will not be returning for the premiere of Season 13 on Oct. 4, as planned. The season is now slated to kick off on Oct. 18. "She has been and continues to be under a doctor's care and is still not ready to return to work," the statement noted, adding that she's tested negative for COVID-19 after being diagnosed with a breakthrough case of the illness. The coronavirus, however, doesn't seem to be the only health issue standing in the way of Wendy's return. Earlier this month, Wendy, 57, was reportedly taken to a hospital near her home in New York City, where she was given a mental health evaluation. She's also spoken publicly about her Graves' disease diagnosis in the past. "Healing is not a straight-line process. It was felt within the last 24 hours that we wanted to give her more time to recover," an insider told Page Six of the second postponement. "We wanted to make sure Wendy was 100 percent [ready]." Wendy has yet to comment on her current health situation, but Page Six's source expects she will address what happened when she returns to the air.

RELATED: See which stars are vaccinated against COVID-19

When Judge Brenda Penny suspended Britney Spears' father, Jamie Spears, from his role as her estate conservator on Sept. 29, Britney and her fiance were already "out of town and on vacation," a source told People in a report published early the next morning. "She wanted to take the stress off ahead of today," the insider explained, adding, "Of course she's happy with the result of the hearing." As for Jamie — who Britney, her lawyer and many others hold responsible for the various restraints on the singer's freedom over the past 13 years — he said in a statement that his suspension was "a loss for Britney." Britney's lawyer, Mathew Rosengart, has made it clear he suspects Jamie's desire to have the conservatorship end immediately rather than to segue out under the financial leadership of a new estate conservator, is about him wanting to cover his tracks regarding how he's spent (and paid himself out of) his daughter's fortune. For now, Britney's conservatorship will continue with CPA John Zabel stepping in to handle the estate until Dec. 31, with another hearing set for mid-November.

he 2022 Super Bowl Halftime Show will celebrate a slew of iconic artists who together represent no less than 43 Grammy Award wins, Roc Nation and the NFL announced on Sept. 30. Super Bowl LVI which takes over the new SoFi Stadium in Inglewood, Calif., on Feb. 13, 2022, features performances by Dr. Dre, Eminem, Snoop Dogg, Mary J. Blige and Kendrick Lamar. In a statement published by ET, Dre said performing at the Super Bowl "in my own backyard will be one of the biggest thrills of my career." Roc Nation founder JAY-Z posted the big news as well, shouting-out, "D… Dr. Dre, a musical visionary from Compton, Snoop Dogg, an icon from Long Beach and Kendrick Lamar, a young musical pioneer in his own right, also from Compton" plus "the lyrical genius, Eminem, and the timeless Queen Mary J. Blige."

At just 19, Kate Moss' daughter, Lila Moss-Hack, is still relatively new to the fashion world, but she's already making an impact by helping to destigmatize diabetes. Earlier this week, the young runway model, who suffers from type 1 diabetes, hit the catwalk at Milan Fashion Week during Fendi x Versace's "Fendace" show wearing a bodysuit that showed off the insulin pump on her upper thigh. The move earned cheers on social media from both mothers who wanted their children to feel comfortable taking care of their diabetic conditions and fashion industry pros who appreciated how tough it can be for models to prioritize their health needs in such situations. "As a fellow T1 diabetic (and ex model), THANK YOU for wearing your device on the freaking runway! You are a queen and I want these pics everywhere cos the more we share of T1 diabetes the better 🙌," one commenter shared (via People). Another chimed in, "You are truly so inspiring thanks for showing the world you can do anything and more even when you have type 1 diabetes. ( from a mother with a son with the same Illness)." Lila's mom, Kate, who shares the teen with her ex, Jefferson Hack, also walked the runway in the "Fendace" shw 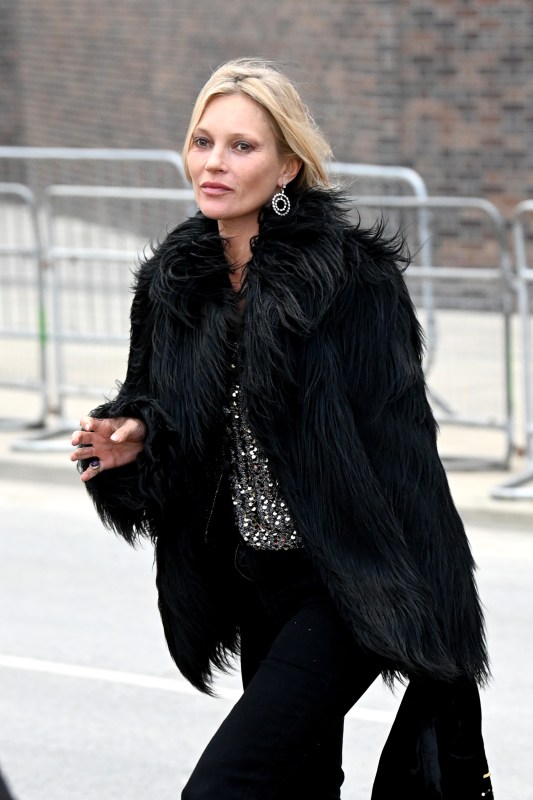