Beloved "Jeopardy!" host Alex Trebek passed away on Nov. 8 following a well-documented battle with pancreatic cancer. Upon hearing the sad news, many in Hollywood took to social media to pay tribute to the iconic game show host. Read what they had to say about the Canadian television legend, starting with "Wheel of Fortune" host Pat Sajak, who wrote on social media, "Alex Trebek's courage, grace and strength inspired millions and awed those of us who knew him. A tremendous loss for his family, friends, co-workers and countless viewers. I was honored to be a friend and a part of his professional family for all these years. A very sad day." Next, see what "Wheel" star Vanna White said about her longtime friend…

"I will cherish the many memories I have shared with Alex Trebek that date back well before either of our careers took off. I will always be in awe of the way he faced the battle he fought so valiantly, and I'm devastated to lose my longtime friend. My heart is with his family, friends, co-workers and fans. There will never be another Alex Trebek and he will truly be missed." –"Wheel of Fortune" star Vanna White

"Alex Trebek was kind enough to film a cameo for our film Free Guy last year despite his battle. He was gracious and funny. In addition to being curious, stalwart, generous, reassuring and of course, Canadian. We love you, Alex. And always will." —Ryan Reynolds

"We have lost an icon. Almost every night for more than three decades, Alex Trebek entertained and educated millions around the world, instilling in so many of us a love for trivia. My deepest condolences to his family, friends, and all who are mourning this tremendous loss." –Canada's Prime Minister Justin Trudeau

"I was obsessed with Jeopardy as a nerdy kid growing up in Ohio. I've loved and revered Alex Trebek since I can remember. What an iconic career. RIP Alex Trebek." —John Legend

"Alex Trebek hosted Jeopardy for 36 years. What an incredible career and remarkable life. I'm sending love to his family and fans." —Ellen DeGeneres

"I had the pleasure of knowing Alex Trebek for almost 30 years… as fellow Canadians, we played hockey together, and told stories and made each other laugh… he was one of the truly nice guys… I will miss you Alex… RIP" –Jason Priestley

"This is a sad day. #AlexTrebek brought decades of joy and knowledge into millions of people's lives. He faced this last difficult chapter of his remarkable life with tremendous courage and grace, and he gave strength to so many people facing challenges of their own. I began watching @Jeopardy! in high school and getting to compete on the show several times, and meet Alex, was a dream come true, even when @cheechmarin crushed me. Thank you Alex for the decades of dedication, and i hope your family finds some comfort in knowing how deeply you were loved and admired by all of us." –Anderson Cooper

"Greatest host of one of the greatest shows of all time who passed away sadly after a long battle with cancer. ……Who was Alex Trebek? RIP Mr. Trebek. Thank you for always being there at the end of the day to take my mind off things. … I like that Alex Trebek made sure to outlast his fictional adversary Sean Connery. I will always hope that his last words were, 'No YOU s*** it, Connery!'" –Armie Hammer

"Susan and I watch Jeopardy every night and Alex Trebek was like a member of the family after so many years. 7 PM in NYC won't be the same without him… he will be missed." –Tony Bennett

"RIP to a great giver of joy and knowledge." –Seth Meyers

"Alex asked if I would come and sing for him and his Jeopardy family at his annual Christmas party last year. I was on his 'bucket list,' he told me. It was at a lovely Italian restaurant near his home. It was a joyous and sad occasion and I was very touched that my music was that important to him. There was not the slightest hint of self-pity or weakness in this man. He was elegant and dignified as you saw him on television. Old school for sure and someone who we all can learn from. I thought of him often afterward and I'll think of him in the future and maybe try to be a little more like him." –"American Pie" singer Don McLean

"Couldn't we have one nice weekend? A kind gentleman whose excellence was so consistent, it was easy to take for granted. Rest well, Mr. Trebek." —Jimmy Kimmel

"Alex Trebek was like a family member who I watched every night. I remember going to the set to watch him tape a show before I started my TV career. He was a big influence and one of a kind. Rest In Peace, Alex." –Ryan Seacrest

"The answer is….. THANK YOU! Alex Trebek. You were grace and guts and humor and deep love." –Jamie Lee Curtis

"Part of our lives for decades, he taught us about so many things and now Alex Trebek has gone from us. Sending love to his family and friends. We will miss you, sir. Godspeed." –Nancy Sinatra

"We lost a hosting legend today and a real gentleman Alex Trebek. My thoughts and prayers go out to his family and his Jeopardy family." –Chris Harrison

"Television has lost a true treasure and icon. Alex was in a league of his own. Class act, grace and courage just scratch the surface. Always warm, friendly and unassuming. Robin & I send our heartfelt condolences to the entire Trebek family. You are all in our prayers." –Dr. Phil McGraw

"The #Jeopardy stage is empty now and the television world will not be the same without Alex Trebek. RIP." –Marlee Matlin

"My heart is so sad over the passing of the classiest game show host of all time!!! His style was real to me …… condolences to his entire family and fans #AlexTrebek" –Steve Harvey

"Alex wasn't just the best ever at what he did. He was also a lovely and deeply decent man, and I'm grateful for every minute I got to spend with him. … Thinking today about his family and his Jeopardy! family — which, in a way, included millions of us." –"Jeopardy!" champion Ken Jennings

"My heart breaks for the Trebek family upon hearing this heartbreaking news. Alex Trebek was a legend. There was no one like him. Kind, elegant, talented, good. Heaven just became brighter and we here on earth mourn him. #alextrebek #RIP" –Maria Shriver

"It was one of the great privileges of my life to spend time with this courageous man while he fought the battle of his life. You will never be replaced in our hearts, Alex." –"Jeopardy!" champion James Holzhauer

"Just gutted. There will never be another. RIP, Alex, and thank you so much for everything." –"Jeopardy!" champion Brad Rutter (right)

"Rest in peace Alex Trebek. I had the honour of meeting him once. He made me feel like we'd known each other forever. So very sad. We will all miss him. Thinking of his family today." –Peter Frampton

"I'm so saddened that Alex Trebek has passed. Growing up, he made me feel like my nerdiness was valuable and I loved learning from watching jeopardy. It was our family's nightly pleasure." –Padma Lakshmi

"Didn't always watch #Jeopardy , but when I did, #AlexTrebek was a constant reminder that knowledge, wit and elegance are a pretty sexy combo. Much love to the family and friends of one of #Canada's favorite sons." –Eric McCormack

"What is: One of the most beloved tv hosts in my lifetime? #AlexTrebek Bless you for fostering a love of learning, your consistent spirit of excellence, and for generously sharing your life with us for more than 30 years. I will forever be your fan." –Courtney B. Vance

"My heart is heavy hearing of Alex Trebek's passing. The soundtrack of my life was hearing his voice every night at 7pm. There will never be a host quite like him ever again. God bless him and his family. And may his legacy forever live on. (Insert final Jeopardy music here.)" –Charlie Puth

"So sad. Thinking of the Trebek family and all his loved ones." –Robin Roberts

"Such sad news about Alex Trebek. He was an immense talent and a class act. My thoughts and prayers are with his family." –Meredith Vieira

"RIP Alex Trebek. Thank you for making knowledge approachable, accessible and fun for so many. I can't imagine you gone." –Paul Stanley

"alex trebek. RIP. We both worked out of NBC Burbank at start of our careers. Later reminisced about our good fortune. Classy, modest and gifted. #@%* cancer!" –Tom Brokaw

"Alex Trebek, you brought us so much knowledge, both important and fun, through the years. Your final battle with cancer was heroic, and we are heartbroken that it has taken you from us. I'll take 'Great TV Personas of Our Time' for $800. The heavens have all the answers now." –George Takei

"So saddened to hear Alex Trebek has died. It was an honor to share the dinner hour with him. He fought his cancer battle valiantly." –David Muir

"An inspiring, strong, distinguished legend of a man. What is Alex Trebek? RIP" –Mario Lopez

"He was a sweet, smart and graceful gentleman always and will be missed as he rests in gentle peace. Who is Alex Trebek? #RIPAlexTrebek" –Jason Alexander

"Very sorry to hear the news about Alex Trebek. Condolences to his family." –William Shatner

"I was on Celebrity Jeopardy & was making fun of him, during rehearsal. He came from backstage and said 'And Jon Lovitz, make fun of me during the show!' 'Really?' 'Yes! We want you to be funny! That's why you're here!' Very nice man. He'll be missed." –Jon Lovitz

"He was the greatest quiz show host in TV history – and a charming, humble, debonair gentleman beloved by his fans. Sad news." –Piers Morgan

"We mourn the loss of #alextrebek -a friend, a colleague, an icon. He graced us with warmth, wit & pure elegance, which is why we welcomed him into our homes night after night, year after year. We are deeply saddened for his wife Jean, his family & millions of Jeopardy fans." –Executive Chairman of The Walt Disney Company Robert Iger

"Clue: A class act. The consummate professional. Came into our living rooms for almost four decades. A kind and generous gentleman. Answer: Who was Alex Trebek Rest In Peace, Sir." –Ana Navarro-Cardenas 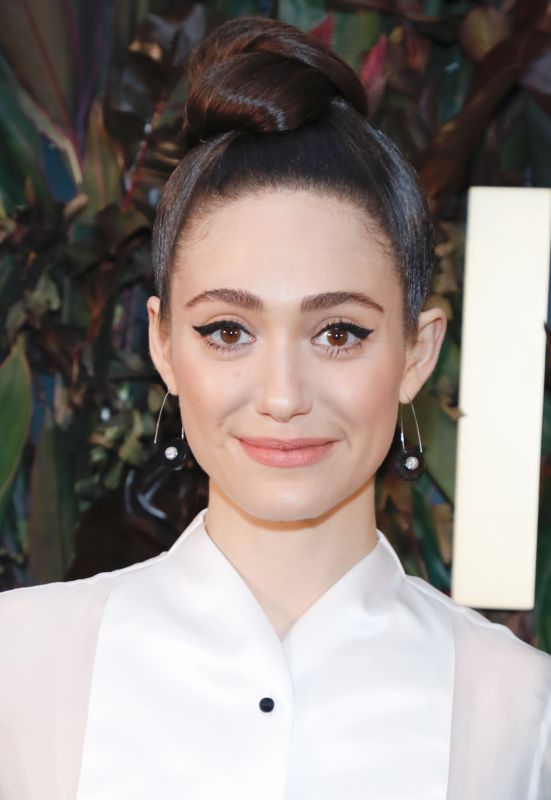