Why did Ryan Seacrest really bail on his planned appearance to promote "American Idol" on "Good Morning America" this week? Insiders are telling Page Six it's because of lingering animosity between Ryan's "Live!" cohost Kelly Ripa and "GMA," which Kelly's former cohost, Michael Strahan, landed after surprising Kelly with his departure. While Ryan's rep has called the claim "untrue," multiple sources say otherwise, according to Page Six. "Ryan was scheduled to be on Wednesday's show well in advance. He's been on the show rundown for a week. Then yesterday, or maybe even as late as last night, Kelly threw a s— fit and told him he couldn't do 'GMA,' so he pulled his appearance … There's still bad blood with Kelly and Strahan, and she doesn't want history to repeat itself and Ryan to be lured to 'GMA' too," one source said. "It's very clear that Ryan wants to stay on her good side. She's an executive producer on the show, so she has a lot of pull. It's fair to say she has a lot of influence over him. He joined her show. It sounds like she still feels threatened," said another. Word is Kelly won't face negative consequences for allegedly forcing Ryan not to do the show. A spokesperson for Ryan told Page Six that Ryan simply couldn't make the timing work. "Ryan had wanted to appear on 'GMA' with the new 'Idol' judges … but with the constant shifting of various schedules, we determined yesterday, along with 'GMA,' as well as ABC/Freemantle producers and publicity teams, that his schedule was too tight given his morning commitments with 'Live' and his radio show, along with 'Idol' production commitments," the rep said. "To suggest any other reason for him not participating is completely false or a misunderstanding of the facts." Multiple sources confirmed to the Daily Mail that Ryan wanted to discuss the new edition of "American Idol" alongside judges Katy Perry, Lionel Richie and Luke Bryan, but his schedule prevented him from doing so.

If Rob Kardashian's ex Blac Chyna gets her way, Rob and Kylie Jenner might come to regret their decision to file suit against Chyna for allegedly trying to "extort the Kardashian family for her own monetary gain." A source tells InTouch Chyna "is planning to reveal everything she knows about the Kardashians," adding that, "Kris Jenner and Kim Kardashian [West] are terrified." The lawsuit makes a slew of allegations against Chyna, including battery, assault and vandalism. In court documents, Rob also claims Chyna has issues with drugs and alcohol, a point Chyna could respond to with her own information about Rob's alleged use of "opiates and pain pills" and "purple drank — a mixture of cough syrup and codeine over the rocks with Sprite." According to the tab's source, Chyna responded quickly to the Sept. 27 suit. "She has told the Kardashian camp she wants at least seven figures to make all of this go away, which they could easily pay just to be rid of her," says the insider. Rob and Chyna recently settled their custody dispute regarding their daughter, Dream. The two now share custody of their baby but Rob is reportedly throwing a sizable pile of money Chyna's way in child support each month.

Spies. That's how Miley Cyrus joked she keeps tabs on her fiance, Liam Hemsworth, when he's working with attractive women. "I get that little butterfly in my stomach. I know me and I know what our relationship is … It's f—— abnormal I think, but my life is abnormal," she told Howard Stern on the air this week (via the Daily Mail). The shock jock followed up by asking if she checks up on Liam when, say, he's starring opposite Jennifer Lawrence or Kate Winslet on a project. "I keep my little spies, so I don't always have to be there," she cracked.

Jennifer Garner is heading back to the big screen as a mother intent on getting revenge on the assailant who killed her husband and daughter — and she's not messing around when it comes to the physical aspects of the role. This week, Jen shared an Instagram post that showed her doing cardio, kickboxing and trampoline workouts. "Recipe for Turning A Mom Back into Action Lady," she captioned the video. "Take one mama, ADD daily dose, 1 hr ❤️ @bodybysimone ❤️, 1.5 hr ⭐️Stunt Team ⭐️, 50 cups of coffee and 3 min Cryotherapy. Good luck everybody!" "Peppermint" hits theaters next year.

It's a small world, after all. Just ask Justin Bieber, whose latest mission for some weekday spirituality put him in the potentially awkward situation of taking his current flame, Paola Paulin, to a church service that two of of his former flings attended. Justin and Paola's appearance at the Saban Theater in the Beverly Hills section of Los Angeles on Wednesday, Oct. 4, coincided with both Kourtney Kardashian and Hailey Baldwin's church outings. According to Us Weekly, Justin was photographed leaving the church with Paola, while Kourtney and Hailey either kept their distance or dodged photographers if they interacted with Justin. Kourtney and Justin were rumored to be hooking up in 2015 and 2016; the Biebs admitted her was close with Hailey later in 2016, telling GQ he "really [loved]" her.

Why reclaiming fame has been 'overwhelming' for Winona Ryder

"Stranger Things" returns (finally) on Oct. 27. With it, comes a reminder of what's been called "Winonaissance," or the renaissance of recognition that '90s it-girl Winona Ryder is as fantastic as ever, onscreen and off. Having spent many years away from Hollywood, it's a reality she's still processing. "It's so overwhelming. I don't know what it's like for really famous people … I keep hearing that people are dressing up like me [Joyce Byers]. I'm like, 'What?'" she reveals in Marie Claire's new cover story. In the past, her films have scored great reviews but that hasn't always translated to everyday like for the actress. "I remember thinking, "Ooh, [Beetlejuice] is like the No. 1 movie. This is going to make things great at school. But it made things worse. They called me a witch," she recalls. Asked about her time off, Winona explains she "just went through a really tough time," and bailed on acting as a result. Now that she's back at it, playing the mother of one of the increasing numbers of missing children on "Stranger Things," she finds herself using new avenues for insight. Like her mother. "I said, 'Mom, if every bit of logic is telling you your kid is gone, would you still [refuse to believe it]?' And she said, 'Absolutely,'" Winona shares. "I said, 'What if they show you a body?' She said, 'If you don't see it happen, you don't believe it.' It's a weird, primal thing. But I may have gone too far: it seemed like every day I was crying or freaking out."

Yes, Lionel Richie has seen the buzz about his 19-year-old daughter, Sofia Richie's romance with 34-year-old Scott Disick. And no, he's not into it. "Have I been in shock?! I'm the dad, come on," he said in a chat with Us Weekly in New York City on Wednesday, Oct. 4. "I'm scared to death, are you kidding me?" he added. Scott has spent much of the year partying, often with women much younger than him, including Sofia and Bella Thorne, 19. He reportedly started dating Sofia in early September. A few weeks later, Kourtney Kardashian's ex shared a post on Instagram that seemed to confirm his relationship with Sofia. "Kourtney thinks this fling with Sofia is a little weird, but nothing shocks her anymore," said one insider. "Kourtney just wants Scott to be his old self. She shares three kids with him, so she'll always want the best for him and will always make sure he's happy." Over the weekend, Scott and Sofia jetted down to Puerto Vallarta, Mexico, together.

Jared Leto explains why he doesn't watch his own movies

Jared Leto has plenty of positive things to say about his new film "Blade Runner 2049," but don't ask what he thought of the finished product — because he hasn't seen it. "As soon as you watch it, that's when it becomes subjective," he tells SyFy in a new interview. The actor and singer didn't see his last major flick, "Suicide Squad ," either. "No, I never did," he admitted. "I just think with watching your own films, it can be too self-conscious of a process. You either like what you did and you're prone to repeat it, or you didn't like it, and it can make you self-conscious. I'm not sure how much win there is for me. But I read the scripts, so I know what's going to happen." SyFy points out that another obstacle to watching his own films could be his schedule, which usually involves see-sawing back and forth between intense bouts of method acting and intense touring with his band, 30 Seconds to Mars. "It's something I always struggle with, because creativity, like anything, is a limited resource," he explained. "You only have so much to say, and then you have to go have experience, to live life, read books, consume art, make art, whatever inspires you. Spend time in nature, have a conversation, get dumped. Whatever it is in your life, you have to live, or your creative decision-making power will fade. Your battery will drain."

So fresh and so clean! A stunning Paris Jackson, 19, proved you don't need to tons of makeup to turn heads when she hit the red carpet for People's Ones to Watch party at NeueHouse Hollywood in Los Angeles on Wednesday, Oct. 4. Speaking to the magazine, which profiled her in its 2017 tribute to this year's rising stars, Paris said she's come to terms with her fame and wants to use it to help others. "I originally wanted to just kind of stay out of the spotlight and become a psychologist or a nurse at a psychiatric ward," she said. "I realized it would be a shame to waste the platform I was given. Having the ability to go into the acting and fashion world, I just figured why not use that to make my platform bigger. That way, instead of helping the world one by one with patients, I could help the masses." In addition to appearing on the series "Star," Paris landed a role in the forthcoming "Gringo" with Amanda Seyfried. She's also the new face of Calvin Klein and has been working dutifully with the Elizabeth Taylor AIDS Foundation as an ambassador for the group.

David Bowie exhibit slated to complete its tour in NYC

An exhibit that opened at London's Victoria and Albert Museum five years ago will wrap up its tour in New York City next year. W magazine reports "David Bowie Is" will run from March 2 to July 15, 2018 at the Brooklyn Museum. The exhibit features about 400 items including custom costumes, handwritten lyric sheets, the singer's own oil paintings and sketches as well as video clips from throughout the course of his career. The rock and fashion icon died last January. 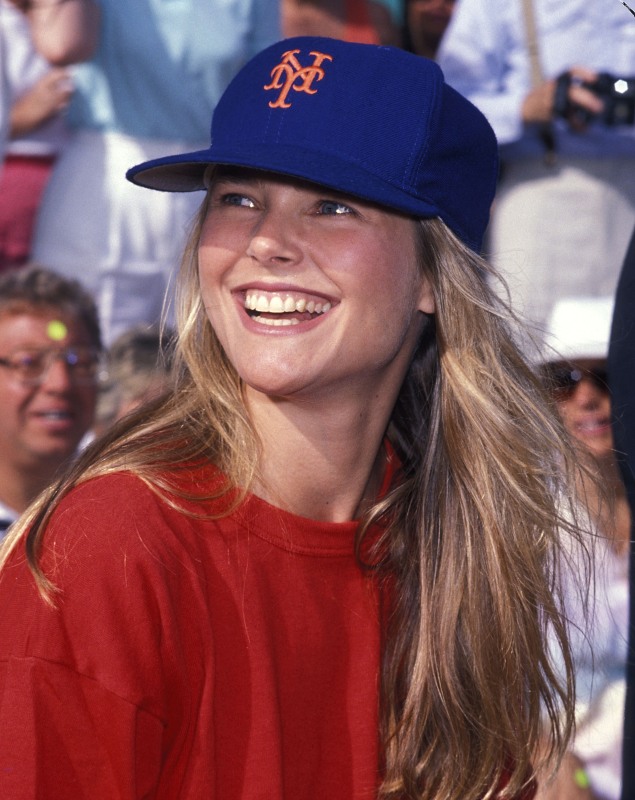