For decades, the most well-known and lauded directors in Hollywood have tended to be men. For reference, only one woman has ever won the Academy Award for best director. But more and more women are getting into the field, including Olivia Wilde, who transitions from actress to feature-film director with the comedy "Booksmart," which hits theaters on May 24, 2019. After directing the 2011 short "Free Hugs," Olivia wanted to do it again on a bigger scale. "I was electrified and I knew at that point, that's what I really wanted to do," she told Entertainment Weekly. As for why she chose this project, she explained, "I'm really inspired by the teen comedies that inspired me when I was younger, and ['Booksmart'] feels like a modern-day 'Clueless' meets 'Dazed and Confused.' I think it has a very, very unusual and fun tone to it. It's a very personal movie… The whole idea of the movie is learning to really see people, and to feel seen yourself. And it's also just really fun. These days, we could use more movies like that." In honor of Olivia's project, Wonderwall.com is taking a look at more actresses who are also directors. Keep reading for more…

Best supporting actress Oscar winner Angelina Jolie has directed five films including her 2011 debut, "In the Land of Blood and Honey." "It was an accident — I wanted to learn more about the war in Yugoslavia," she explained at a 2017 Toronto Film Festival panel years later. "I never thought I could make a movie or write one, it was never part of my plan."

"The Hunger Games" franchise and "30 Rock" actress Elizabeth Banks began directing because she was "bored." "I was a frustrated actress," she told The New York Times in 2017, two years after making her directorial debut with "Pitch Perfect 2." She recalled a conversation with some male filmmaker friends regarding what makes a good director. "They were like, 'You have no problem telling people what to do,'" Elizabeth recalled. "You guys," she replied, "thank you so much."

RELATED: Stars who fell for their directors

"Greenberg" actress Greta Gerwig became only the fifth women ever to earn a best director Oscar nomination when the Academy recognized her for her 2017 film "Lady Bird" in 2018. "Every year they come out with the numbers. You know, out of the top 100 films, by gross, 4 percent are directed by women. I think those numbers are going to shift. And it seems like it's going to be less and less its own category. There are just going to be … directors," she told Variety in 2018. She also revealed how much she's fallen in love with the job. "It's simultaneously something that's in your control and utterly not in your control," she explained. "And that paradox is very appealing to me. The illogical nature of making movies is appealing to me as well. It's a reverse magic show. It's so much time and weight and money and people and you're taking all this stuff and you're reducing it to flickering light, making it disappear into a dream. That feels satisfyingly strange."

Actress Sofia Coppola made the switch to directing — following in the footsteps of her father, famed director Francis Ford Coppola — with the feature film "The Virgin Suicides" in 1999. She's found great success in filmmaking since, winning the Cannes Film Festival's prestigious best director prize (the second woman to ever have done so!) in 2018 with "The Beguiled," a remake of the 1971 film of the same name. In 2004, she became only the third woman ever to be nominated for a best director Oscar — for her film "Lost in Translation — and though she lost that prize, she did take home an Academy Award for best original screenplay that year.

"Room" and "Captain Marvel" actress Brie Larson made her feature-film directorial debut in 2017 with "Unicorn Store," which was released on Netflix in 2019. "I've just made movies my whole life," the Oscar winner told IndieWire. "Every summer, I would write and direct a film that I would direct my cousins in. It mostly took place in the garage, and I would just hang up different sheets and use our storage containers as different heights for things. I had a disco ball that I put outside the garage door, and when I turned it on, it meant we were rolling." With this film, she said she shared a new piece of herself. "There's a real vulnerability that comes with directing a film, that comes with saying, 'This is my point of view, this is how I view the world, and it's meaningful to me and I hope it's meaningful to other people.'"

Former child star-turned-Oscar winner Jodie Foster has been directing movies and television shows since the '90s, but looking back on her career, she has some regrets. "If I have an apology to make for my whole career [as] I'm being given my last rites, [it's that] I'm really sorry that it was very hard for me to say yes," she told IndieWire. "I didn't make as many movies as I was hoping I would… I do regret that I didn't direct more in all those years, that I only managed to direct four movies in the course of 30 years or something. That's just ridiculous, but I got busy. I had kids. I had a company. I was acting."

Singer-actress Barbra Streisand is the first — and only — woman to win a best director Golden Globe, for 1983's "Yentl," which she also wrote, produced and starred in. In a 2019 interview with The Algemeiner, she admitted that she was not her own first choice to direct the movie, having first pitched it to Milos Forman, who ended up encouraging her to be her own director. Barbra went on to also notably direct "The Prince of Tides" and "The Mirror Has Two Faces."

Academy Award-winning actress Natalie Portman transitioned to directing with 2015's "A Tale of Love and Darkness," a move she told W Magazine was "intuitive" while at the same time "new and foreign." "It was hard for me to express what I wanted to right away, people are asking you your opinions and guidance a thousand times a day, and my instinct was to apologize for myself and be wishy washy and just say, 'I don't know,' or, 'you tell me,' but you can't be that way as a director. You have to say, 'This is how I want it.' You have to give clear and direct guidance, because they're all there to help you make your vision. It definitely feels like a female thing to me, how I wasn't comfortable being the boss right away. It didn't come naturally to me, I had to learn it," she explained.

Gabourey Sidibe made her television directorial debut with an episode of "Empire" in 2019. "We have directors for hire so we get new directors all the time. And I see the way they're treated depending on race and gender and experience. I know what fight I'm in for," the "Precious" actress, who also directed the 2016 short film "The Tale of Four," told Essence. "The hardest of seasoned crew might look at me and say, 'She doesn't know what she's doing.' So before they say that out loud, I have to show up and show them harder and faster that I do know what I'm doing. I'm the leader and I'm going to lead us through this whole thing without taking my hands of the wheel."

Former child actress Drew Barrymore gave directing a shot with 2009's "Whip It." She opened up about her directing style in an interview with The Scorecard Review. "I'm more performance-oriented. I work next to the camera. I don't use a monitor. I think that whole video-village with a bunch of producer-hens sitting around is total crap," she said. "I would not allow it on my set. I love to work with people right next to the camera and keep the camera rolling. I like doing takes where their natural instincts come out. When you cast people, you want them, so you want what they already have to offer. My favorite takes are when you literally go, 'Surprise me!'"

Kristen Stewart dipped her feet into the directing pool with 2017's "Come Swim," which she also wrote. The short film was shown at the Cannes and Sundance film festivals. She is now working on a feature-length film: The "Twilight" franchise and "Snow White and the Huntsman" actress is adapting Lidia Yuknavitch's 2011 memoir "The Chronology of Water."

In the '90s, Jada Pinkett Smith directed a few video shorts. It took nearly 10 years for her to direct a feature film — 2008's "The Human Contract" starring Paz Vega and Idris Elba. The movie, which she also wrote, was a family affair, as her husband, Will Smith, was the film's executive producer.

Courteney Cox transitioned from television star to television director then movie director with 2014's "Just Before I Go" starring Seann William Scott. While she's not directed since, she's eager to do it again if the right project comes along. "I'm ready to do it. I read a lot of things that just don't speak to me. You know that you're going to invest so much of your time on a movie when you direct it that it's something that just really has to jump out at you and pull at your heart, and nothing has," she told Collider. "I'm anxious to find something, though, because I can't wait to do it again."

"The Sisterhood of the Traveling Pants" actress Amber Tamblyn didn't plan to helm "Paint It Black," the only movie she's directed so far, in 2016. In an interview with Popsugar, she explained that she got the rights to adapt the book and shopped it around, trying to find the right director for the project. "So many directors I spoke to had very different visions of the film than what I wanted … the more I realized that my version was very much my version," she said, adding that a director confronted her about it. "She said to me, 'You need to direct this. You really need to stop making excuses, and you need to direct it.'"

Comedian Whitney Cummings got behind the camera for 2017's "The Female Brain," which she also wrote and starred in. She told The Hollywood Reporter that her most challenging day on set was a unique one — "the day I learned that rain machines have two speeds: off and tsunami. They don't tell you this! Nobody tells you this. Maybe they do in film school, I don't know. Actors are in full hair and makeup, extras, camera equipment, turn it on, torrential rainfall all over everybody. And I'm like, 'Hey, can you turn it down? Like make it…' and they're like, 'There's no such thing as turn it down in a rain machine.' So I had to cut the scene." 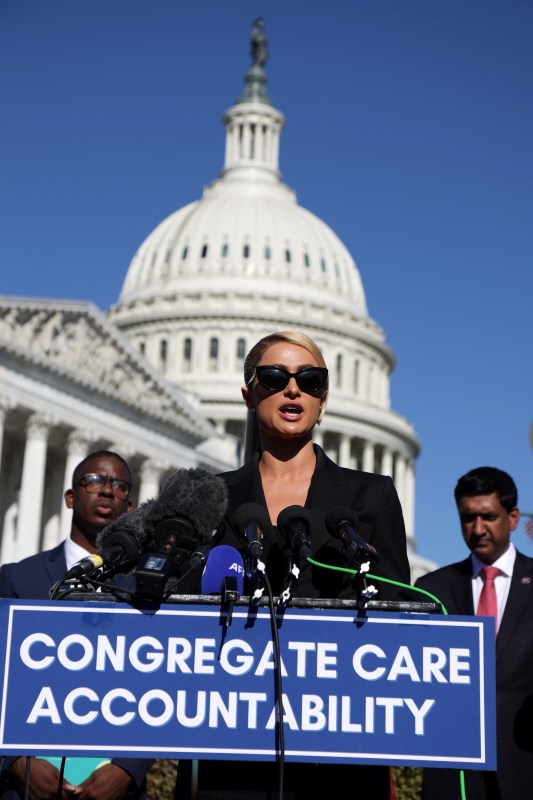 Up Next Calling For Change