The latest film based on a Jane Austen novel is here — and what better way to prepare than to take a look back at past movie adaptations of the beloved author's work? In celebration of the release of a fresh take on "Emma," this one starring Anya Taylor-Joy, on Feb. 21, 2020, Wonderwall.com is revisiting some of our favorite film and television projects based on books by the early-19th century writer. From "Pride and Prejudice" to "Clueless" and everything in between, keep reading to see what made our list…

Starting off our list is the 2005 film adaptation of "Pride and Prejudice." Starring Keira Knightley as Elizabeth Bennet, this rendition has caused some tension among many Janeites — likely because of the book-to-movie inaccuracies (i.e., Mr. Darcy proposing in the rain). Though in spite of those discrepancies, this film is among the most beloved Jane Austen retellings — from the skillful cinematography to the hard-hitting dialogue, this is one Austen adaptation you can't help but love (even secretly).

As if this wouldn't make our list! "Clueless" starring Alicia Silverstone is a modern-day adaptation of Jane Austen's "Emma," a movie that gives the classic novel a Beverly Hills facelift. Alicia plays Cher Horowitz, a gorgeous, gossipy and popular Californian teen who pursues some major extracurricular activities: She takes the new kid (played by Brittany Murphy) under her wing and plays matchmaker for two of her teachers. "Clueless," while staying true to the source material, is in many ways a social satire that cleverly reimagines the classic 1816 tale in 1990s America. Personally, we think this is one adaptation the English novelist would love.

Ah, the mid-'90s — the definite era for all things Austen! The 1995 Ang Lee-directed film adaptation of "Sense and Sensibility" stars beloved actresses Emma Thompson and Kate Winslet and was well-received by critics. From its quick-witted charm to the endearing way in which it depicts the Dashwood family, the 1995 film version of Jane Austen's novel of the same name certainly captivated the hearts of many Janeites. Plus, who wouldn't want to watch a film where Emma and (pre-Titanic) Kate play sisters? This one is a real treat.

If you love "Pride and Prejudice" and want to draw out the entire viewing experience, look no further! Mid-'90s and early-2000s heartthrob Colin Firth plays Mr. Darcy in this adaptation, and boy, does he do it justice! This widely adored six-part BBC miniseries debuted in 1995 and is often credited with prompting the slew of Jane Austen adaptations that followed. Actress Jennifer Ehle earned a BAFTA Award for her portrayal of Elizabeth Bennet in this one!

"I love you very much. Just as you are." Swoon! 2001's "Bridget Jones's Diary" starring Renee Zellweger is a modern-day retelling of Jane Austen's "Pride and Prejudice." The lovely Helen Fielding-penned book on which the film is based sees Renee as Lizzy (albeit a pretty disparate Lizzy from the novel) and has Colin Firth reviving his beloved role as Mr. Darcy. The film's aims were twofold — to create a heartfelt, quirky romantic comedy based on a classic Austen novel, and to make the world fall even more in love with Colin. Unsurprisingly, the adaptation achieved both!

The 1996 ITV film adaptation of "Emma" is actually regarded as the better of the two adaptations released that year (the other one being the version that saw Gwyneth Paltrow in the titular role). British actress Kate Beckinsale, who took on the role of Emma Woodhouse, has been praised for her believable, exceptional portrayal of the beloved fictional character. Samantha Morton and Mark Strong also star in this version.

Starring Amanda Root as Anne Elliot, "Persuasion," which came out in 1995, is perhaps one of the more emotional Jane Austen adaptations. That could be because the protagonist is likely the most autobiographical of heroines or because Jane penned this novel while she was dying… whatever the reason, the film captures the essence of romance just like the novel it was based on.

This is a fun one! While it isn't exactly a direct adaptation of any particular Jane Austen novel, "The Jane Austen Book Club" — which hit theaters in 2007 — is a quirky flick about a group of people who read various works by the novelist and soon find that their own lives begin to mirror the stories they're reading! Emily Blunt, Maria Bello, Kathy Baker, Hugh Dancy and Maggie Grace star in this upbeat, Austen-inspired flick!

The film adaptation of "Mansfield Park" starring Jonny Lee Miller and Frances O'Connor was loved by many for its depiction of a strong female lead. While the movie has been criticized for only loosely following Jane Austen's original story, it's also been praised for offering up a thoughtful, refreshingly disparate perspective. Director Patricia Rozema defended the film's departure from the source material. "My job as an artist is to provide a fresh view," she told The New York Times. Despite some of her controversial choices, the liberties Patricia took with this film made for an engaging retelling of the tale.

The 2016 film "Love & Friendship" is another adaptation of one of Jane Austen's works that stars English actress Kate Beckinsale. In the project based on the author's epistolary novel "Lady Susan," Kate plays a devious widow who relentlessly tries to find a suitable partner for her daughter as well as herself. The film, which was a critical hit, has been applauded for its ability to emulate Jane's outrageous use of irony and humor.

Name a more mid-2000s-sounding film! Starring Camilla Belle and Alexa Vega, 2011's "From Prada to Nada" is a romantic comedy that is also loosely based on "Sense and Sensibility." Adapted by Luis Alfaro, the flick is a modern-day rags-to-riches story about two sisters who are left with nothing after their father suddenly passes away. As a result, they're forced to trade their privileged lifestyles for more humble living when they move in with their estranged aunt. The film is definitely a fun watch, but don't expect any by-the-book references here!

While this is another flick that's loosely based on a Jane Austen novel (can you guess which one?), "Bride and Prejudice" makes our list simply because it's tons of fun to watch unfold. As if Bollywood sensation Aishwarya Rai isn't reason enough to see it, the catchy songs and quirky characters are pretty great draws too.

Zombies and Jane Austen? A peculiar match, though in spite of it, "Pride and Prejudice and Zombies" makes our list because of its bold spin on a classic Austen tale. Starring English actress Lily James as Elizabeth Bennet and Sam Riley as Mr. Darcy, the film tells the story of how these two band together to save their country from a complete zombie takeover. The horror-comedy film co-starring Bella Heathcote and Suki Waterhouse also boasts Natalie Portman as one of its producers!

While it isn't a retelling of any particular Jane Austen novel, 2007's "Becoming Jane" is about Jane herself. The film, which is loosely based on the Jon Hunter Spence novel of the same name, isn't the most historically accurate adaptation but the chemistry between its leads — Anne Hathaway and James McAvoy — are reason enough to give it a watch. 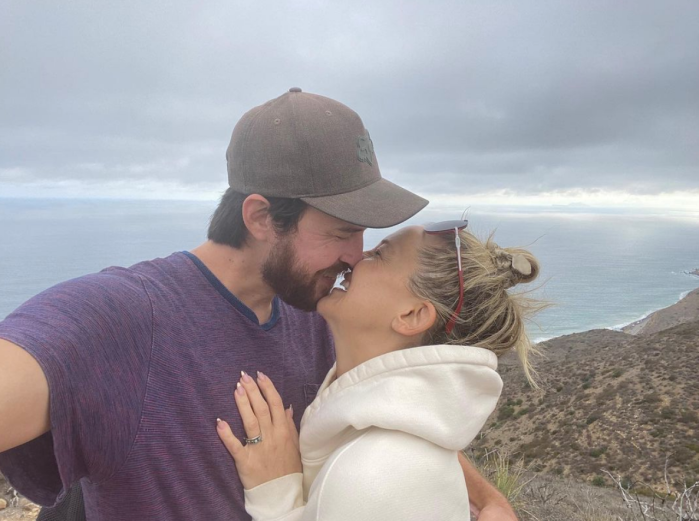 Up Next First Wedding Deets