The feud's been reignited: In mid-November, Taylor Swift accused Big Machine Label Group's Scooter Braun and Scott Borchetta — who own her back catalog — of blocking her from performing or using her own songs at the 2019 American Music Awards and in an upcoming documentary. According to Taylor, the men "said that I'm not allowed to perform my old songs on television because they claim that would be re-recording my music before I'm allowed to next year." However, Scooter and Scott claimed that was "false information," adding, "At no point did we say Taylor could not perform on the AMAs or block her Netflix special. In fact, we do not have the right to keep her from performing live anywhere," the music company wrote in a statement. The label later issued a statement saying it had come to an agreement with Dick Clark Productions, which produces the AMAs, to allow its artists' performances to stream and be rebroadcast. Two days before the AMAs, Scooter posted an open letter to the pop star on social media asking her to met with him in person to resolve their issues after his family received death threats from her fans. At the AMAs on Nov. 24, Taylor — before accepting a special artist of the decade award — performed a medley of her hits that included songs from her back catalog. However, she also sent a subtle but clear message when she started things off singing the feminist anthem "The Man" while wearing a white shirt covered in the names of all her old albums — with "Fearless" pointedly written on the back — before symbolically shedding the garment.

Reunited and it feels so good! On Nov. 6, "The Real Housewives of New Jersey" star Teresa Giudice and her four daughters headed to Italy to reunite with Joe Giudice for the first time in over three years. Following his imprisonment and ensuing Immigration and Customs Enforcement detention, Joe headed to Italy to wait out his deportation appeal. "We're back," Gia Giudice, Joe and Teresa's eldest daughter, captioned a family snap. Later in the month, Teresa told Bravo host and exec Andy Cohen that while the girls will see their dad for the holidays, she won't see him in Italy again until… next summer!

On Nov. 18, it was announced that reality TV star and billionaire Kylie Jenner had sold 51 percent of her Kylie Cosmetics and Kylie Skin lines to Coty, the conglomerate behind Clairol, CoverGirl and Max Factor. The price tag? $600 million. Kylie, who still maintains a 49 percent share in her company, will continue to lead all creative efforts and communications initiatives, she and Coty said in a joint statement (in other words, she's going to continue promoting the products via social media). Kylie added that she's "excited to partner with Coty to continue to reach even more fans of Kylie Cosmetics and Kylie Skin around the world. This partnership will allow me and my team to stay focused on the creation and development of each product while building the brand into an international beauty powerhouse."

James Van Der Beek's wife, Kimberly, suffered a miscarriage that nearly cost her her life. The "Dawson's Creek" star announced the sad news on Nov. 18 on "Dancing With the Stars" before he was eliminated. "We lost the baby. The little soul that we had expected to welcome into our family took a shortcut to whatever lies beyond," he said. On Nov. 19, Kimberly thanked everyone for their love and support. "I don't even know how I'm going to begin to respond to it all so I think I'll just have to do it here," she said on social media. "In 48 hours we lost our baby — boy, by the way — and I almost lost my life. Which is not a story that has been told, but at some point I can dig into the details with you guys about what happened in the emergency room." Truly heartbreaking.

Donald Trump Jr. was a guest on "The View" on Nov. 7, and, needless to say, there were fireworks. The POTUS's son and Don's girlfriend, Kimberly Guilfoyle, clashed with nearly every member of show's cast including Joy Behar, Abby Huntsman, Sunny Hostin, Whoopi Goldberg and Meghan McCain. The temperature was raised through much of the interview, particularly when a few of the hosts said that Don's dad had lowered the level of discourse in the country. The most viral moment, though, came via Meghan when she asked, "You and your family have hurt a lot of people… Does all of this make you feel good?" Don Jr. said, "I don't think any of that makes me feel good, but I do think that we got into this because we wanted to do what's right for America." He then pivoted to talking points. Later in the day, he said, "I don't think they like me much anymore."

Emilia Clarke has revealed she felt pressured to do nude scenes on "Game of Thrones." On Dax Shepard's Nov. 18 "Armchair Expert" podcast, the actress detailed her early days on the "GoT" set, explaining that she followed direction very precisely and without questioning it. "I'm floating through this first season and I have no idea what I'm doing; I have no idea what any of this is," she said. "I've never been on a film set like this before, I'd been on a film set twice before then, and I'm now on a film set completely naked with all of these people, and I don't know what I'm meant to do, and I don't know what's expected of me, and I don't know what you want, and I don't know what I want. Regardless of there being nudity or not, I would have spent that first season thinking I'm not worthy of requiring anything; I'm not worthy of needing anything at all." As she got more seasoned, she found the power to speak up. "I'm a lot savvier with what I'm comfortable with, and what I am OK with doing," she said. "I've had fights on set before where I'm like, 'No, the sheet stays up,' and they're like, 'You don't wanna disappoint your 'Game of Thrones' fans.' And I'm like, 'F— you.'"

Rapper T.I. left the world confused and even angry when he unapologetically confessed that he accompanies his 18-year-old daughter, Deyjah Harris, to the gynecologist every year to ensure that she's still a virgin. The rapper made the revelation while speaking on the "Ladies Like Us" podcast this month. A ton of listeners shredded T.I. on social media, accusing him of invading his daughter's privacy. As his quotes went viral, podcast hosts Nazanin Mandi and Nadia Moham deleted the episode and released a statement explaining that they "were completely caught off guard/shocked and looking back, we should have reacted much differently in the moment." The women were criticized for laughing while T.I. detailed the gynecologist visits. "We are not perfect, take full accountability for our lack of action," the hosts said. Deyjah, meanwhile, unfollowed her dad on Instagram.

Alec Baldwin's wife, Hilaria, announced on Nov. 11 that she'd suffered a miscarriage and lost their baby. It was her second miscarriage this year. "We are very sad to share that today we learned that our baby passed away at 4 months," the mother of four — who's been so open because she wants to end the stigma around miscarriage — said on Instagram. "Even though we are not OK right now, we will be," she added. Hilaria and Alec have since said they hope to try again for another baby.

The "Internet's boyfriend" has a girlfriend. In early November, it was reported that Keanu Reeves has been dating artist Alexandra Grant since at least early 2019, though a source told Us Weekly that the business partners — who've known one another for a decade and run a small book publishing company together — "have been dating since at least summer of 2017." Keanu and Alexandra clued everyone in when they held hands on the red carpet at the LACMA Art + Film Gala in Los Angeles on Nov. 2. Social media erupted with glee at the thought of Keanu's happiness.

This story has been living on all year, and the latest installment came this month when Jussie Smollett went on the offensive on Nov. 19 by filing a malicious prosecution counterclaim in federal court, alleging that the city of Chicago created a false narrative when it branded an alleged January attack on him a hoax. That suggestion, the former "Empire" actor said, has had an enormous financial impact on him. Listed in the lawsuit in addition to Chicago — which is suing Jussie to recoup the costs of its investigation into what officials maintain was a faux hate crime — are multiple Chicago Police Department officers and brothers Abimbola and Olabinjo Osundairo, Jussie's former friends who've claimed they perpetrated the false attack at Jussie's direction (which he's denied). "As a proximate result of the wrongful conduct engaged in by Counterclaim-Defendants, Mr. Smollett has suffered and continues to suffer substantial economic damages as well as reputational harm, humiliation, mental anguish and extreme emotional distress in an amount according to proof at trial," the lawsuit says.

On the heels of her October divorce filing, Jenelle Evans obtained a temporary restraining order against ex David Eason in early November after telling a court that she's terrified of him. "Because of his recent threats, his history of violence, his erratic behavior and his large stockpile of weapons, I am scared for my life and my children's well-being," the former "Teen Mom" star said in court documents. David's threats, she claimed, had escalated. She also detailed 11 alleged incidents involving David over the past two years that involved physical and verbal abuse. "Given his actions," she wrote in the filing, "and knowing his temperament, I believe he was implying that he would kill himself if I do not come back to him… For all of these reasons, I'm afraid that David will harm me or my children, and that he will continue to threaten me using text messages, phone calls, or on the internet." She's also trying to get full custody of their 2-year-old daughter, Ensley. David, by the way, later publicly claimed he never loved Jenelle and insisted he's better off without her.

On the Nov. 25 episode of the "Today" show, anchor Hoda Kotb delivered some exciting news. "I have to tell you something. A friend of mine, a friend of ours, asked me to let you guys in on a secret," she teased her colleagues. "Her [name is] Hoda Kotb and she's engaged!" The morning show star held up her hand, revealing an engagement ring from her love of six years, Joel Schiffman. Hoda then told viewers that Joel popped the question on the beach at the end of dinner while they were on vacation. 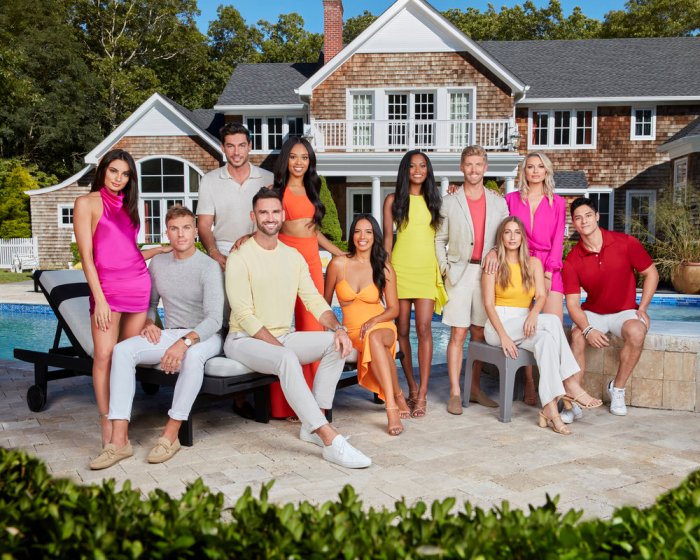 Up Next Bravo's Best