Jennifer Lawrence has starred in some of Hollywood's biggest blockbusters and most critically acclaimed films. But she's also appeared in a few flicks that weren't exactly home runs. In honor of her 30th birthday on Aug. 15, 2020, Wonderwall.com is taking a look back at her best and worst movies. Keep reading to see where your favorites rank, plus find out how you can watch them while staying home amid the coronavirus pandemic…

Coming in at No. 15 is 2014's "Serena," which is currently streaming on Amazon Prime. Jennifer Lawrence starred as Serena Shaw in the 1930s-set period drama while Bradley Cooper portrayed her husband and business partner, George Pemberton. Despite the co-stars' previous success together in "Silver Linings Playbook" and "American Hustle," their third go-round was a financial flop and received poor reviews from critics.

"The Burning Plain" was an early project for Jennifer Lawrence, who filmed the 2008 drama when she was just a teenager. The movie, which is currently streaming on Amazon Prime, had an all-star cast that included Kim Basinger and Charlize Theron, but ultimately, it flopped — likely because of the director's convoluted storytelling method, which failed to impress critics.

In 2012, Jennifer Lawrence starred in the psychological thriller "House at the End of the Street." While the B-movie garnered mostly negative reviews, J.Law's performance received some praise — plus it debuted at No. 1 at the U.S. box office. Stream it now on Netflix.

Jennifer Lawrence starred as a character based on actress Lori Petty in the "A League of Their Own" star's directorial debut: the 2008 drama "The Poker House," which is currently streaming on Amazon Prime. J.Law played the eldest of three neglected sisters who struggles to raise her younger siblings as their mother descends into addiction. The indie film received mixed reviews from critics, but Jennifer earned a Los Angeles Film Festival award for outstanding performance for her work in the biopic.

Jennifer Lawrence tried her hand at science fiction opposite Chris Pratt in 2016's "Passengers," which you can rent or buy on Prime Video, Google Play, YouTube or iTunes. The sci-fi flick follows the two as they are awakened — 90 years too soon — from an induced hibernation as they travel to a new planet on a spaceship. The movie might have received mixed reviews, but it also earned two Oscar nominations (for best original score and best production design). "Passengers" also banked more than $300 million at the global box office.

Jennifer Lawrence appeared alongside Mel Gibson, Jodie Foster and Anton Yelchin in 2011's "The Beaver," which is currently streaming on Hulu, Amazon Prime and Showtime. In the dysfunctional family dramedy, J.Law portrays a classmate of Anton's character (she also played the late actor's love interest in "Like Crazy" — more on that later). While the movie didn't make waves in theaters, it did get good reviews (but mostly due to Mel's strong performance).

In 2018's "Red Sparrow," Jennifer Lawrence starred as Dominika Egorova, a Russian ballerina-turned-"sparrow" — a special operative who's sent to seduce targets. For Dominika, that meant CIA operative Nate Nash (Joel Edgerton). The campy spy-thriller, which is currently streaming via FX, was widely panned by critics, but audiences managed to find some fun in J.Law's attempt at ballet and a Russian accent!

Between 2011 and 2019, Jennifer Lawrence portrayed shapeshifting mutant Mystique (Raven Darkhölme) in four installments in the "X-Men" franchise: "X-Men: First Class," "X-Men: Days of Future Past," "X-Men: Apocalypse" and "X-Men: Dark Phoenix." While the first two installments performed well at the box office and with critics, "Apocalypse" and "Dark Phoenix" were less successful, earning mostly unfavorable reviews. You can stream "First Class" across HBO platforms, "Days of Future Past" and "Apocalypse" on Disney+ and "Dark Phoenix" on Hulu.

Jennifer Lawrence scored an Oscar nomination for her performance as Joy Mangano — a self-made millionaire who invented many products including the Miracle Mop — in 2015's "Joy." Though the dramatic biopic received mediocre reviews, Jennifer took home the Golden Globe for best actress in a comedy or musical film. You can rent or buy a digital copy on Prime Video, Google Play, YouTube or iTunes.

Jennifer Lawrence portrayed Samantha — who falls for Anton Yelchin's Jacob as he struggles to move on from off-and-on love Anna (Felicity Jones) — in the heart-wrenching 2011 romantic drama "Like Crazy." Ultimately, J.Law had a small but incredibly important role in the well-reviewed indie film, which is streaming on Hulu and Amazon Prime.

Jennifer Lawrence starred alongside Javier Bardem, Michelle Pfeiffer and Ed Harris in the extremely divisive 2017 drama "mother!" While the allegorical film — which was directed by her then-boyfriend, Darren Aronofsky — was criticized for its depiction of violence, it still managed to score mostly positive reviews from critics. It also, however, earned Razzie Award nominations for worst director, worst actress and worst supporting actor for Javier. See where you stand on the controversial flick by streaming it via FX.

Jennifer Lawrence scored her third Academy Award nomination for her performance in 2013's "American Hustle," which is currently streaming via FX. She starred as Rosalyn Rosenfeld — a woman married to Christian Bale's cheating con artist — in the '70s-set crime-comedy, which earned 10 Oscar nominations. J.Law also took home her second Golden Globe for her work in the David O. Russell-directed drama.

Jennifer Lawrence scored her first big breakthrough when she starred in 2010's "Winter's Bone," which is currently streaming across HBO platforms. She portrayed a destitute teen in rural Missouri looking for her father, a meth cooker who skipped out on bail, in the critically acclaimed drama. She earned her first Oscar and Golden Globe nominations for her efforts.

No. 2: The "Hunger Games" franchise

Between 2012 and 2015, Jennifer Lawrence starred in four installments in the "Hunger Games" franchise — the original, "Catching Fire" and "Mockingjay" parts 1 and 2. The movies were huge hits with critics and at the box office. J.Law was praised for her portrayal of brave and strong heroine Katniss Everdeen. All four films are currently streaming via Freeform.

While Jennifer Lawrence has been nominated for four Oscars, she's only taken home one — for her performance as young widow Tiffany Maxwell in the 2012 dramedy "Silver Linings Playbook." She starred opposite Bradley Cooper in the big-screen adaptation of Matthew Quick's 2008 novel of the same name, which was a huge hit at the box office. The movie, which is currently streaming on Netflix, was also a critical success, scoring eight Oscar nominations, though only J.Law won. 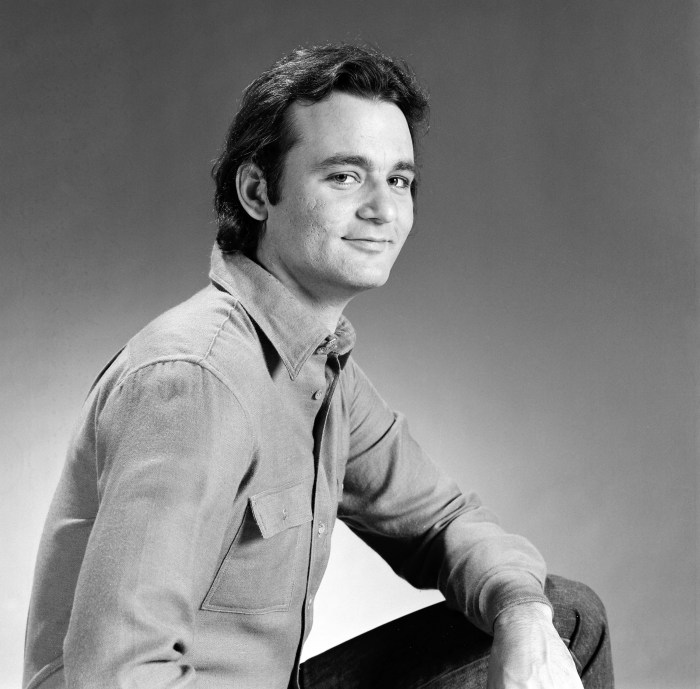