Happy birthday, Mark Wahlberg! In honor of the movie star's 49th birthday on June 5, 2020, Wonderwall.com is rounding up some of his biggest paydays. Keep reading to see what the acting giant — who just a few years ago topped Forbes' list of the highest paid actors in the world — made for starring in some of your favorite flicks, plus what other major money deals he's scored…

One of Mark Wahlberg's biggest early paydays was thanks to a mystery! He starred in 2002's "The Truth About Charlie" alongside Thandie Newton and reportedly earned $10 million for his work in the flick.

Playing Chris "Izzy" Cole in "Rock Star" netted Mark Wahlberg a reported $6 million in 2001. The flick based on the true story of Tim "Ripper" Owens, who rose to fame when he replaced the lead singer of Judas Priest, became a cult classic but didn't even make back its $57 million budget, earning just $19 million worldwide.

For 2014's "Transformers: Age of Extinction," Mark Wahlberg reportedly took home a whopping $17 million. Despite such a big paycheck, it seemed to pay off for the studio — the film ended up grossing more than $1.1 billion worldwide! It was also the highest grossing film that year and became the 29th highest grossing film of all time.

Mark Wahlberg star not only co-owns the casual dining chain Wahlburgers with two of his siblings — according to The Hollywood Reporter, he gets a $40,000 franchise fee plus 6% of annual profits whenever a new one is opened — but served as an executive producer on his family's "Wahlburgers" A&E show, which ran for 10 seasons until 2019. He reportedly earned $50,000 to $75,000 per episode for his efforts. That's also believed to be his fee for some of the other television shows he's produced including "Boardwalk Empire" and "Ballers."

Mark Wahlberg is estimated to have scored between $15 to $17 million for the sequel "Daddy's Home 2" — in which he starred alongside Will Ferrell, Linda Cardellini and John Cena. The 2017 flick didn't amass good reviews but still took home $180 million at the global box office. Mark's payday for this comedy contributed to the $68 million in pretax earnings he hauled in for the year that ended in August 2017according to Forbes — which put him at the top of its annual list of the world's highest paid actors that year.

When it came time to make the fifth installment of the "Transformers" series, 2017's "Transformers: The Last Knight," Mark Wahlberg reportedly collected around $17 million… plus another $40 million on the back end! The flick earned $605 million at the box office against a $217 million budget, but despite those impressive numbers, it was a bomb compared to previous installments in the franchise.

While serving as an executive producer on "Entourage," the wildly successful HBO series inspired by his own early years in Hollywood, Mark Wahlberg earned as much as $3 million a year, experts have estimated.

The war comedy "Three Kings" paired Mark Wahlberg with George Clooney and Ice Cube in 1999. The film, which was set during the Gulf War, earned $107 million at the box office and earned Mark a $2 million paycheck.

Cha-ching: $8 million is the reported salary Mark Wahlberg collected for starring in 2001's "Planet of the Apes." This updated version of the classic film also starred Tim Roth, Helena Bonham Carter and Michael Clarke Duncan and earned more than $362 million.

In early 2018, Mark Wahlberg made headlines when it was revealed that he'd earned $1.5 million for several days of reshoots in a supporting role in 2017's "All the Money in the World" while star Michelle Williams earned just $1,000, or 0.7% of what he made. After the disparity was brought to his attention and made public, Mark donated all $1.5 million to the Time's Up legal defense fund.

The 2005 action flick "Four Brothers" saw Mark Wahlberg sharing the screen with Tyrese Gibson, Andre Benjamin and Garrett Hedlund — they played adopted brothers. The actor took home $2 million for the role and the flick ultimately made over $92 million around the world.

Mark Wahlberg also makes good money from a few lucrative business ventures. There's his AQUAhydrate premium bottled water line (Sean "Diddy" Combs and Jillian Michaels are also involved), which was purchased by the Alkaline Water Company in 2019, and Performance Inspired Nutrition, the line of clean nutritional support products and supplements he launched in 2016. His investments also include StockX, the sneaker resale marketplace he helped fund in 2017 and a 2019 buy-in into the F45 fitness franchise. IN 2018, Mark also purchased a few car dealerships in Columbus, Ohio, including one he renamed Mark Wahlberg Chevrolet!

Mark Wahlberg reportedly took home somewhere between $15 and $17 million for the 2016 disaster flick "Deepwater Horizon" — a film about the oil spill in the Gulf of Mexico. Kurt Russell, John Malkovich and Kate Hudson also starred in the movie, which earned more than $121 million worldwide and picked up two Academy Award nominations.

Commercials are a lucrative business! While working with AT&T to promote DirecTV in 2017, Mark Wahlberg reportedly earned anywhere from $12 million to $13 million.

2013's "Lone Survivor," a war film set in Afghanistan that's based on the book of the same name, saw Mark Wahlberg star as Navy SEAL Marcus Luttrell — a role that earned him a reported $4 million. The movie itself earned $154 million at the global box office and picked up two Oscar nominations in technical categories.

Even comedies earn Mark Wahlberg the big bucks! In 2012, the actor starred in "Ted," which reportedly added $7.5 him to his bank account. The film earned $549 million around the world and paved the way for a 2015 sequel.

Mark Wahlberg's sports drama "Invincible" came out in 2006. The actor played real-life football star Vince Papale, who played for the Philadelphia Eagles. Mark made a reported $5 million for the drama, which wasn't a big box office smash but did earn more than $57 million domestically.

Mark Wahlberg and Denzel Washington brought us the buddy action flick "2 Guns" back in 2013, and Mark ended up making a pretty penny in the process! The actor scored an estimated $10 million working on the film, which was based on a comic book series. The flick itself made $131 million worldwide.

In 1997, Mark Wahlberg starred in the drama "Boogie Nights," a tale about the pornography industry in Los Angeles in the '70s. The film earned three Academy Award nominations, and nabbed the rising star a $1 million payday even though it was only his fifth film.

2007's "Shooter" reportedly earned Mark Wahlberg $10 million. The thriller saw him star as a veteran framed for murder. The movie itself made $95 million worldwide. Mark went on to earn more for producing the TV show of the same name (to the tune of $50,00 to $75,000 per episode), which is based on the film.

As part of a star-studded ensemble cast of 2006's "The Departed" — it also included Leonardo DiCaprio, Matt Damon, Jack Nicholson and Martin Sheen — Mark Wahlberg scored a $5 million payday. The film was a hit with both critics and audiences alike, earning Mark a best supporting actor Academy Award nomination plus a $291.5 million worldwide box office haul. 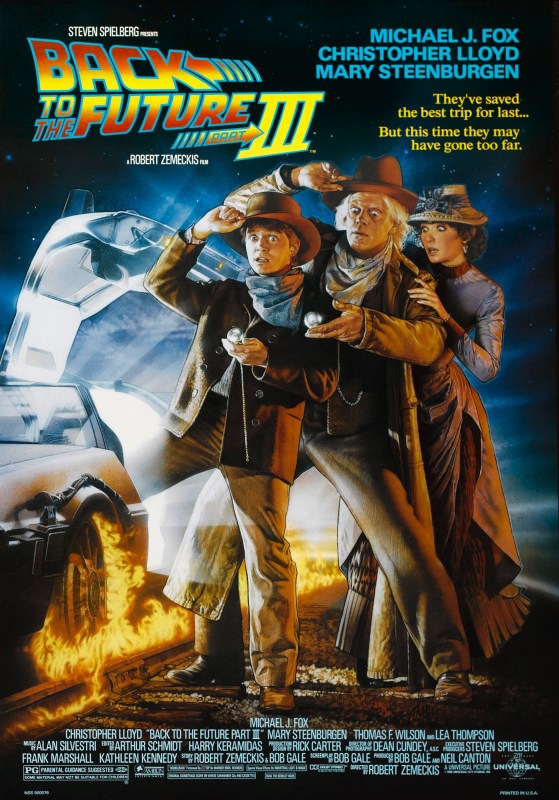 Up Next Terrific Trilogies