A group of young actors dominated the box office in the 1980s. Their faces were inescapable and they were often seen together in coming-of-age hits like "St. Elmo's Fire," "The Breakfast Club" and "Sixteen Candles." This crew became known as the Brat Pack, and they were just as famous for their real-life antics as they were for their on-screen action. To celebrate the 35th anniversary of "St. Elmo's Fire" on June 28, 2020, join Wonderwall.com as we take a look at what happened to the stars…

Demi Moore starred in "St. Elmo's Fire" as Julianna "Jules" Van Patten, the resident party girl of the group who lets her social life get in the way of her banking job and personal responsibilities.

RELATED: All the ways the '80s are impacting pop culture

"St. Elmo's Fire" was the first big movie for Demi Moore, who got sober before filming began then starred in the 1986 Brat Pack classics "About Last Night…" with Rob Lowe and "Wisdom" with Emilio Estevez, to whom she was briefly engaged. By the 1990s, she'd become one of the highest paid actresses in film history thanks to huge paydays for hits like 1990's "Ghost," 1992's "A Few Good Men" and 1997's "G.I. Jane." After taking a lengthy break from acting to focus on raising her kids, she returned with roles in 2003's "Charlie's Angels: Full Throttle," 2006's "Bobby" and 2011's "Margin Call." The actress more recently moved into television with a supporting turn on "Empire" in 2017 and 2018 and the 2020 Peacock streaming series "Brave New World." She made headlines in 2019 with the release of the memoir "Inside Out," which became a New York Times Best Seller. Demi is as known for her films as she is for her love life. She was married to musician Freddy Moore from 1981 to 1985 before becoming half of a Hollywood It couple when she married Bruce Willis in 1987. The pair had three daughters — Rumer, Scout and Tallulah — before divorcing in 2000. Demi then had a highly publicized marriage to Ashton Kutcher, from whom she split in 2011.

Rob Lowe's most famous turn in a Brat Pack flick was as saxophone-playing frat boy Billy Hicks, who's struggling with life as a new father and dealing with a marriage he can't escape, in "St. Elmo's Fire."

Rob Lowe's breakthrough performance came in the 1983 Brat Pack hit "The Outsiders," which he followed up with "Oxford Blues" in 1984 and "About Last Night…" in 1986. However, his film career soon came to a halt following a 1988 sex tape scandal involving two young women he'd met at a nightclub — one, he later learned, was 16 — while he was in Atlanta for the Democratic National Convention. The actor soon got sober and repaired his image, enjoying a massive television resurgence when he landed a lead role on the hit NBC drama "The West Wing" in 1999, a performance that earned him an Emmy nomination and two Golden Globe nods. Rob later had major roles on hit shows like "Brothers & Sisters" in 2006 and "Parks & Recreation" in 2010. In 2019, he began hosting the game show "Mental Samurai" and in 2020 made his debut on the Ryan Murphy-produced procedural "9-1-1: Lone Star." Rob has been married to makeup artist Sheryl Berkoff, with whom he has two sons, since 1991.

Emilio Estevez — who was considered by many to be the unofficial president of the Brat Pack — played the core character of the "St. Elmo's Fire" group, law student Kirby "Kirbo" Keager, who also served as a bartender at the gang's favorite college hangout, St. Elmo's Bar.

Emilio Estevez starred in the biggest ensemble hits of the Brat Pack era: 1985's "St. Elmo's Fire" and "The Breakfast Club." The brother of actor Charlie Sheen and son of actor Martin Sheen got his big break in 1983's "The Outsiders" alongside Rob Lowe, Tom Cruise, C. Thomas Howell, Matt Dillon and more. After "St. Elmo's Fire," he made his directorial debut with the 1986 drama "Wisdom," which co-starred then-fiancée Demi Moore. Emilio then collaboration with brother Charlie in a few movies, 1988's "Young Guns" and 1990's "Men At Work." In the '90s, Emilio found a second wave of success with a starring role in Disney's hit "Mighty Ducks" franchise. Since then, he's moved into a new niche as a writer and director, helming the historical drama "Bobby" in 2006 and, more recently, 2018's "The Public." Emilio has two children from a relationship with model Carey Salley in the '80s. He ended a two-year marriage to Paula Abdul in 1994 and later found love with writer Sonja Magdevski. The couple got engaged in 2006 and later married. They now operate the California winery Casa Dumetz Wines.

Ally Sheedy played Leslie Hunter, an architect on the rise who's wrestling with hesitations about marrying her yuppie college boyfriend, played by Judd Nelson, in "St. Elmo's Fire."

Ally Sheedy is another alum of both "The Breakfast Club," in which she played the detention "basket case" and "St. Elmo's Fire." She had a solid run of hits in the '80s including 1983's "WarGames" and 1986's "Short Circuit." She followed those with a busy run of independent films like 1998's "High Art," for which she won an Independent Spirit Award. Ally — who's regularly worked on the theater stage for decades — also had small parts on TV hits like "The Dead Zone" (with her old "Breakfast Club" co-star Anthony Michael Hall), "Psych," "Kyle XY" and more. More recently, she made a cameo as a teacher in 2016's "X-Men: Apocalypse." In the '80s, the actress was romantically linked to stars including Eric Stoltz, Richie Sambora and Woody Harrelson. She married actor David Lansbury in 1992, but after having a child — transgender activist Beckett — the couple called it quits in 2008.

In "St. Elmo's Fire," Andrew McCarthy starred as the gloomy, emotional Kevin Dolenz, the roommate of Emilio Estevez's character who also finds himself in a love triangle with Ally Sheedy and Judd Nelson's characters.

Aside from his work in "St. Elmo's Fire," Andrew McCarthy is also best known as heartthrob Blaine McDonough in the 1986 Brat Pack classic "Pretty in Pink." He reunited with "Pink" co-stars Molly Ringwald in 1988's "Fresh Horses" and James Spader in 1987's "Less Than Zero." His string of '80s hits also included the cult classics "Mannequin" and "Weekend At Bernie's." Since then, Andrew has moved into a successful career behind the scenes, directing episodes of hits shows like "Gossip Girl," "The Blacklist" and "Orange Is the New Black." He also served as editor-at-large of National Geographic Traveler magazine and more recently had a small role as Charlie's father on the final season of "13 Reasons Why." He married college sweetheart Carol Schneider in 1999 and the pair had a son before divorcing in 2005. He has two more children with Dolores Rice, whom he married in 2011.

"St. Elmo's Fire" featured Judd Nelson as politics-loving yuppie Alec Newbury, who pressures Ally Sheedy's character to marry him despite his indiscretions in their relationship.

Beyond his work in "St. Elmo's Fire," Judd Nelson is best known for his role as bad-boy troublemaker John Bender in 1985's "The Breakfast Club." The never-married actor went on to star in hit movies like "New Jack City" in 1991 and "Jay and Silent Bob Strike Back" in 2001. Judd found major success on TV with a starring role opposite Brooke Shields on the '90s sitcom "Suddenly Susan" as well as a recurring role on "Empire." He has also garnered acclaim for his voice work, having voiced characters in both the 1986 "Transformers" animated film as well as the 2017 and 2018 animated "Transformers" series.

Mare Winningham rounds out the "St. Elmo's Fire" crew. She played virginal social worker Wendy Beamish, who's determined to become independent from her wealthy family and deal with her developing feelings for Rob Lowe's character.

Mare Winningham was not a major player in the Brat Pack saga, as "St. Elmo's Fire" was the only film she made with the other members. The actress was already an Emmy winner when she did the film, garnering a trophy for her work in 1980's "Amber Waves." Mare went on to find major acting acclaim: She's earned seven Emmy nominations, an Oscar nod and a Tony Award nomination during her career. She's best known for her work in films like 1989's "Turner & Hooch," 1995's "Georgia" and 2009's "Brothers" as well as her TV stints on shows like "Grey's Anatomy," "The Affair" and four seasons of "American Horror Story." Mare has been married three times: to A Martinez in 1981, to William Mapel from 1981 to 1996 and to Jason Trucco from 2008 to 2012. She has five children.

Molly Ringwald might not have starred in "St. Elmo's Fire," but the undisputed queen of the Brat Pack was one of the biggest '80s stars with hits like 1984's "Sixteen Candles" (pictured), 1985's "The Breakfast Club" and 1986's "Pretty in Pink."

Molly Ringwald has continued acting since her Brat Pack days, memorably appearing in TV projects like miniseries "The Stand" in 1994 and ABC Family's "The Secret Life of the American Teenager" from 2008 to 2013. She also made a splash on Broadway with a stint in "Cabaret" in 2001. More recently, Molly released a 2013 jazz album and had a role in the 2018 Netflix teen hit "The Kissing Booth." She's garnered a new generation of teen fans thanks to her work on The CW's "Riverdale," on which she plays Archie's mom, Mary Andrews. The actress divorced French writer Valéry Lameignère in 2002 after three years of marriage and wed writer-book editor Panio Gianopoulos — with whom she has three children including twins — in 2007.

You can't discuss the Brat Pack without mentioning Anthony Michael Hall, famous for his work in 1984's "Sixteen Candles" and 1985's "The Breakfast Club" and "Weird Science."

Anthony Michael Hall, who also starred in "National Lampoon's Vacation" in 1983, parlayed his Brat Pack success into roles in hits like "Edward Scissorhands" in 1990 and "Six Degrees of Separation" in 1993. He even had a short stint as a cast member on "Saturday Night Live" in 1985. He later enjoyed a five-year run on the TV series "The Dead Zone" until 2007 while also singing in the band Hall of Mirrors. More recently, he popped up in the 2008 hit "The Dark Knight" and on numerous TV shows like "Riverdale," "Agents of S.H.I.E.L.D" and "The Goldbergs." He will be next be seen alongside Jamie Lee Curtis in the horror sequel "Halloween Kills." In 2019, he got engaged to actress Lucia Oskerova.

While she's not really a member of the Brat Pack, who can forget Andie MacDowell in "St. Elmo's Fire," in which she played hospital intern Dale Biberman, the object of Emilio Estevez's affection?

After "St. Elmo's Fire," model-turned-actress Andie MacDowell experienced a major wave of hits with 1989's "Sex, Lies, and Videotape," 1990's "Green Card" and 1994's "Four Weddings and a Funeral" — all of which garnered her Golden Globe nominations. More recently, she had supporting roles in the 2011 "Footloose" remake, 2015's "Magic Mike XXL" and 2019's "Ready or Not." She's also served as a spokesperson for L'Oréal since 1986. That same year, MacDowell married model Paul Qualley and had three kids. The couple divorced in 1999 and Andie then married a former high school classmate, Rhett Hartzog, in 2001. They divorced in 2004. 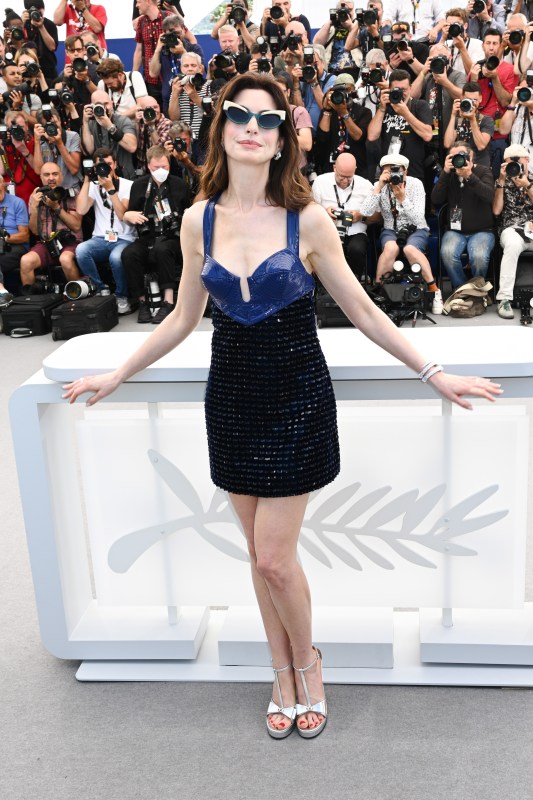