2020 is hitting us so hard! After a lengthy battle with cancer, music legend Eddie Van Halen passed away on Oct. 6, the rock star's son, Wolfgang, announced on social media. The Van Halen founder died at Providence St. John's Hospital in Santa Monica, California, with his family — including his current wife as well as ex-wife Valerie Bertinelli — by his side. TMZ reported in 2019 that in the previous five years, Eddie had been flying to Germany for throat cancer treatment. He was diagnosed with tongue cancer in 2000. Music stars took to social media to express their grief, with John Mayer calling Eddie "a true virtuoso" and Gene Simmons calling him a "guitar god." Keith Urban was heartbroken, saying, "There are lots of great guitar players in the world, but very VERY few true innovators. Players who seem to have arrived from a far distant planet , and who bring a completely new color to the rainbow. Eddie Van Halen was this and so much more."

A reconciliation and some drama

They're back on. Cardi B confirmed on Oct. 15 that she and estranged husband Offset had reconciled about a month after she filed for divorce. The news came after fans noticed Offset's presence at the rapper's birthday party. Cardi was honest about her struggles during this time, explaining on social media, "It's hard not to talk to your best friend. It's really hard not to talk to your best friend. And it's really hard to have no [sex]." She continued, "We're just really typical, two young folks… who got married early. That's who we are. We're not no different than y'all…dysfunctional a** relationships." A week later, they were together when he was detained by police in Beverly Hills while driving through a rally being staged by President Trump supporters — the Migos rapper livestreamed most of it — but cops released him. There was still drama, however, as a passenger — Cardi's cousin Marcelo Almanzar — was arrested on two charges of carrying a concealed weapon and carrying a loaded firearm in public after a passerby alleged he'd "pointed a weapon from a vehicle at him."

RELATED: Fashion hits and misses from the 2020 CMT Music Awards

A loving tribute as the BBMAs returns

The 2020 Billboard Music Awards were celebrated on Oct. 14 in Los Angeles with host Kelly Clarkson. While the show was a little more subdued due to COVID-19 restrictions, the stars still delivered some great music and moments. Post Malone was the night's big winner with nine awards including artist of the year. Sia, Kane Brown, Alicia Keys and more hit the stage. The most emotional moment of the night came when John Legend dedicated his song "Never Break" to wife Chrissy Teigen, who recently lost their third child due to pregnancy complications.

RELATED: Fashion hits and misses from the 2020 Billboard Music Awards

The CMT Music Awards took place in Nashville on Oct. 21 and while the show followed coronavirus precautions, many country music stars still came out to support. The event was hosted by actress Sarah Hyland and musician Kane Brown and featured performances from Maren Morris, Little Big Town, Kelsea Ballerini and more.

What a way to blow a big moment! Country music singer Morgan Wallen was unceremoniously dropped from his "Saturday Night Live" performance scheduled for Oct. 10 after he violated the sketch-comedy show's COVID-19 protocols. During the week leading up to the show, photos and videos surfaced of the singer partying massless and making out with random women at a college party in Alabama. On Oct. 7, he released an apology video, saying, "My actions this past weekend were pretty short-sighted and they have obviously affected my long-term goals and my dreams." He continued, "I think I have some growing up to do. I think I've lost myself a bit. I've tried to find joy in the wrong places… and it's left me with less joy so I'm going to try to work on that. I'm going to take a step back from the spotlight for a while and go work on myself… It may be a second before you heard from me for a while… I'm going to work on me."

Ice Cube has found himself in some hot water with some fans this month. For the better part of the year, he's been talking about his "Contract With Black America" initiative, which includes a list of issues he feels are most affecting Black Americans in this day and age. He previously said that he would not endorse a candidate until he got some answers to his questions. On Oct. 14, a top adviser for President Trump announced that Cube had met with the Trump team in order to talk about his plans — and this left some fans upset. The rapper, who's previously said he'd never vote for Trump, started to receive complaints online with one fan saying he went to the "dark side." Teh music star responded, saying, "Every side is the Darkside for us here in America. They're all the same until something changes for us. They all lie and they all cheat but we can't afford not to negotiate with whoever is in power or our condition in this country will never change. Our justice is bipartisan." He continued, "Facts: I put out the CWBA. Both parties contacted me. Dems said we'll address the CWBA after the election. Trump campaign made some adjustments to their plan after talking to us about the CWBA."

A new man for Reba

On the Oct. 5 episode of her "Living and Learning" podcast, country music superstar Reba McEntire confirmed that she's dating "CSI: Miami" star Rex Linn. "It's good to have a person to talk to, laugh with, get into subjects about what's going on. Discussions about our past, our family, funny stories, him being an actor, me being an actress. And he's very into my music. I'm very into his career," she said. "We're having a blast and still getting to know each other. Whatever happens in the future, we're very stable and it's been a good six months and I look forward to having more things to look forward to."

Tom Parker, a member of the former boy band The Wanted, this month shared the sad news that that he has been diagnosed with a inoperable brain tumor. In an interview with OK! Magazine, the singer disclosed that he has a grade four glioblastoma tumor and is undergoing treatment in an attempt to shrink it. Tom — who a few weeks later welcomed his second child with wife Kelsey — explained on Oct. 11 of his prognosis, "It was a lot to deal with by myself. I still haven't processed it. We are all absolutely devastated but we are gonna fight this all the way. We don't want your sadness, we just want love and positivity and together we will raise awareness of this terrible disease and look for all available treatment options. It's gonna be a tough battle but with everyone's love and support we are going to beat this."

The Billboard Latin Music Awards were held on Oct. 21. Many of the artists in attendance used their time to encourage the Latin community to get out and vote. As for highlights? The fashion was great (just check out Jessie Reyes's major look), a slew of major Latin stars also performed a tribute to legendary Mexican singer Armando Manzanero, and Banda MS won best Latin group.

Music star Trey Songz revealed his positive COVID-19 test on Oct. 5. "7.5 million Americans have contracted Covid. One out of a thousand black people have died from it. I will be taking this seriously. I will be self-quarantining. I will be in my house until I see a negative sign," he told fans on Instagram… The same day in an interview with Grazia magazine, Kim Kardashian West spoke about caring for husband Kanye West when he had COVID-19 at the start of the pandemic. "Kanye had it way at the beginning, when nobody really knew what was going on. It was so scary and unknown. I had my four babies and no one else in the house to help," she said. "It was a challenge because it was so unknown. Changing his sheets with gloves and a face shield was really a scary time." 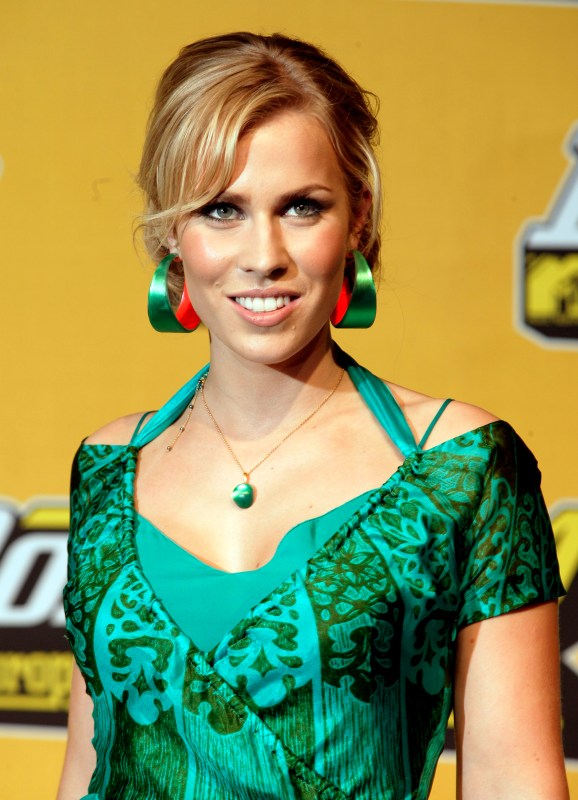