Since the dawn of modern music, the U.K. has gifted us with its best and brightest musicians. (Hello, remember The Beatles?) To celebrate all the musical awesomeness that's come from across the pond, we've compiled a list of our 20 favorite British vocalists (in no particular order) who've delighted our eardrums and made our bodies move, starting with birthday girl Emeli Sandé, who turns 30 on March 10, 2017. The Scottish singer-songwriter, whose albums "Herself" and "Our Version of Events" — the biggest-selling album in Britain in 2012 — earned her three Brit Awards, was born Adele Emeli Sandé. For obvious reasons, she dropped her first name before setting out to conquer the British music scene. Her next album should be a doozy thanks to her latest heartbreak: Emeli, who divorced her childhood sweetheart in 2013, reportedly split from rapper and producer Hypo in early 2017 after a year of dating. Now keep reading for more!

She sings the songs that have us feeling all the feels. Adele, who recently won the 2017 Album of the Year Grammy (and then stunned audiences by dedicating her award to Beyonce), was born in London's Tottenham area and raised by a single mom. Now as a married mother of one, this incredible, soulful singer has managed to balance the demands of parenting and family life while also sharing her powerful, make-you-want-to-sob-into-your-ice-cream music with the world.

Zayn Malik left One Direction in March 2015 and embarked on a solo journey that saw him ditch his last name professionally. The English pop star's 2016 debut album, "Mind of Mine," topped the Billboard 200 in its first week and produced his first solo hit, "Pillowtalk." Zayn also recorded "I Don't Wanna Live Forever" with Taylor Swift for the 2017 "Fifty Shades Darker" soundtrack. Oh yeah — he's also dating one of the hottest supermodels in the industry, Gigi Hadid.

Even royalty loves Ellie Goudling: The English soprano was invited to perform at Prince William and Duchess Kate's wedding reception in 2011. When this "Something In The Way You Move" hitmaker isn't touring, she's likely pounding the pavement as an avid runner. Fun fact: Ellie once dated Ed Sheeran and, like her former beau, began performing music at a very young age.

Coldplay frontman Chris Martin, who consciously uncoupled from wife Gwyneth Paltrow in 2014, recently celebrated the big 4-0 on March 2, 2017. Since co-founding Coldplay in 1996, he and his bandmates have gone on to receive more than 200 award nominations and 65 wins, including seven Grammys. Their most recent album, "A Head Full of Dreams," is the seventh they've released in their 21-year career and includes hits like "A Hymn for the Weekend" featuring Beyonce.

Before Amy Winehouse passed away from alcohol intoxication at age 27 in 2011, she was arguably one of the most stunning performers of her generation. With her blues- and jazz-infused vocals, her sound was both refreshingly new and soulfully nostalgic. The London-born star earned 66 award nominations during her brief career, including a Brit and six Grammys, one of which was given posthumously for her song "Body and Soul."

At 23, One Direction's Harry Styles is the youngest member of the on-hiatus pop group. While rumors of his solo debut album have been heating up (Ed Sheeran's hinted that he's heard Harry's music), this beloved English vocalist is also testing his acting chops with a role in the upcoming war epic "Dunkirk" alongside Tom Hardy, James D'Arcy and Cillian Murphy.

This London-born star, who spent much of her childhood in Sri Lanka and India before moving back to England, may be best known in the States for her chart-topping single "Paper Planes," written with now-ex Diplo, but she'd been around the music scene long before that earworm hit the radio. In 2003, after being signed to XL Records, M.I.A. (real name: Maya Arulpragasam) released debut album "Galang," which landed her in the No. 8 spot on the U.S. dance charts. The mother of one (she and musician Benjamin Bronfman split in 2012) later went on to work with some of the biggest names in entertainment including Jay Z and director Spike Jonze.

When this young singer was just 15, his mom was allegedly fired from her job at a bank for promoting her son's burgeoning music career during work hours. Her sacrifice paid off though as Sam Smith, who's released two albums since 2014, has brought home the top music awards in the industry: In 2015, he won four Grammys including the prize for Best New Artist and in 2016, he took home an Oscar for Best Original Song for "Writing's On the Wall" from the 007 film "Spectre."

Handsome England-born star Jay Sean, whose real name is Kamaljeet Singh Jhooti, dropped out of medical school when Virgin Records offered him a record deal. Although his major label debut album, "Me Against Myself" featuring singles like "Eyes on You" and "Stolen," found a place on the U.K. top 30 albums chart, he left Virgin shortly after and opted to release his next album, "My Own Way," independently. That would prove to be a wise choice as it hit the top six on the U.K. albums chart.

He can sing, but he's best known as a remixer, producer and DJ whose masterful skills bring artists like Rihanna to his door. Born in Scotland, Calvin Harris (real name: Adam Wiles) first caught the music world's attention when he posted his music on Myspace, which led to his first official album, 2007's "I Created Disco." To date, Calvin has worked with numerous famous musicians to create hits like "How Deep is Your Love" and "This is What You Came For," which was famously co-written with ex-girlfriend Taylor Swift.

Raunchy and unashamed, Lily Allen made an instant name for herself in 2006 with the release of her first single, "Smile," in which she denounced an ex who was "f—— that girl next door." Since her explosive debut, she has managed to stir up controversy wherever she goes. In February 2017, the singer and mother of two boldly opened up about the stillbirth of her son and received hateful responses on Twitter, causing her to retreat from social media, explaining, "My timeline is full of the most disgusting, sexist, misogynistic, racist s—. Really, new levels. I'm no masochist so I'll be back x."

Although the wounds are still fresh from his sudden, unexpected death in December 2016, fans have 35 years of his music to remember him by. Born in East Finchley, an area in North London, George Michael — the man who delivered classics like "Careless Whisper" and "I Want Your Sex" — struggled for years with drug addiction and coming to terms with his homosexuality. In 2014, after years away from the limelight, George released his final album, "Symphonica," which debuted at No. 1 on the U.K. albums chart.

Ranked by VH1 as one of the 100 Greatest Women in Music, Natasha Bedingfield, who was born in Haywards Heath, England, had musical aspirations from a young age. From taking piano and guitar lessons as a child to singing in an R&B group with her yet-to-be famous brother Daniel and sister Nikola, Natasha knew a music career was her destiny. The Grammy-nominated star behind hits like "These Words" and "Unwritten" will embark on a three-month tour across America in the summer of 2017.

Although he eventually became a U.S. citizen, David Bowie will always be remembered as one of the greatest British musicians who ever lived (seriously, ever). With hits including "Space Oddity" and "Ziggy Stardust," the Englishman born David Robert Jones enjoyed an uncommonly long career of more than 50 years during which he earned 63 award nominations and won six Grammys, four Brits and even a daytime Emmy. Sadly, in January 2016, he lost his battle with cancer.

Did you know that this "Postcards" singer was once a former reconnaissance officer for the British Army? After earning the rank of captain, James Blunt — whose birth surname is actually Blount — left the military in 2002 to embark on a music career. The married father of one's debut album, "Back to Bedlam," featured hits like "You're Beautiful" and "Goodbye My Lover" and earned him five Grammy nominations and two Brit Awards.

In 2005, Kate Nash, who was friends with another British singer, Lily Allen, uploaded her music to her Myspace page and, as luck would have it, managed to land a recording deal. Debut album "Made of Bricks," which featured the hit single "Foundations," went to No. 1 on the U.K. albums chart. Kate, an uncompromising feminist, joined the 2017 Women's March on Washington on Jan. 21 and later wrote about her experience, stating, "A woman's body is whatever she decides it is. What she does with it is her choice, and how she feels about it. A woman is not defined by her genitals, a woman's identity is her choice."

Born in Brighton, England, this bearded Brit was once part of a two-man band called Passenger. But when his bandmate left in 2009, Michael Rosenberg decided to keep the moniker even as a solo artist. Known for his acoustic, folk-style music, his sound is as reflective as it is catchy. Michael's late-recognized hit "Let Her Go" was released in 2012, but took nearly a year to top the charts. His latest album, "Young As the Morning, Old As the Sea," made it to No. 1 in the U.K. 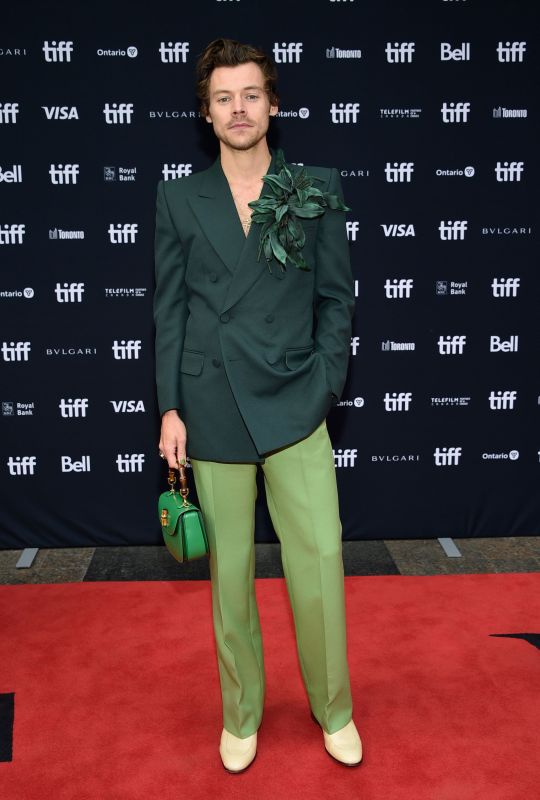