The saga of Selena Gomez and Justin Bieber's unhappy love story continues: On Oct. 23, Selena released a long-awaited new single, "Lose You to Love Me," and fans decided it was about her ex, Justin. The slow ballad about moving on from a damaging love features lines like "We'd always go into it blindly / I needed to lose you to find me." The couple made their debut in 2011 and were in an on-and-off relationship until 2018. On the track, Selena also sings, "In two months, you replaced us / Like it was easy / Made me think I deserved it," with many certain this refers to Justin quickly moving on with model Hailey Baldwin — who's now his wife — in 2018. While Selena hasn't publicly confirmed it's about the Biebs, she did say, "This song was inspired by many things that have happened in my life since releasing my last album. I want people to feel hope and to know you will come out the other side stronger and a better version of yourself." Just one day later, she released a second single, "Look At Her Now," which also celebrates moving on after a bad romance.

Quiet Riot drummer Frankie Banali announced on Oct. 21 that he's been diagnosed with stage four pancreatic cancer and has been fighting it since April. Banali's the only member of the band's original lineup who's continued to perform with the group. In a statement he shared on podcast host Mitch Lafon's Facebook page, Banali said, "The original prognosis was very scary. I had quite a battle on my hands and it took a lot, but I am thankful to say that after several rounds of chemo and other treatments I am on the mend. The road ahead is not going to be easy but cancer has met its match and I plan to continue fighting." The drummer explained that he felt the need to open up about his struggle as he's been forced to miss a few shows lately as his doctor has forbidden him to fly. "I appreciate all the fans that support Quiet Riot by coming to shows and I hope you will all continue that support as well as keeping me in your thoughts and prayers," he added.

Kanye West has officially made the pivot to man of God. On Oct. 23, Kanye previewed his upcoming ninth album and IMAX film of the same name, "Jesus Is King," at a screening event at The Forum in Los Angeles. According to reports, the album features lyrics about Christians being the ones who've judged Kanye the most for creating a gospel album and a Sunday Service church experience as well as a shout-out to a fast food chain. The lyrics "Closed on Sunday / you my Chick-fil-A" references the company's famous commitment to shutting its doors for religious reasons on one day each week. Kanye announced that the album would drop at midnight on Oct. 25, then early that morning took to Twitter to explain a delay, telling fans that several songs on the album were still being mixed.

Brandi Carlile drops out of women's summit in Washington, D.C.

On Oct. 21, Brandi Carlile announced that she was dropping out of Fortune magazine's Most Powerful Women Summit in Washington, D.C., where she was scheduled to perform and have a conversation with the event chairperson. The reason? Carlile said she could not attend an event that included former Secretary of Homeland Security Kirstjen Nielsen. The Grammy-winning country star posted a note on Twitter that read, in part: "Dropping out of such a special appearance is rarely my style. I believe in showing up and lending my voice… However, I don't think that human rights violators and merit-based abusers of displaced people should be given a platform to 'reimagine' history. The atrocity of family separation at our Southern border needs to go down in history as one of the United States of America's most merciless acts." Carlile wasn't the only woman to drop out of the event because of Nielsen's inclusion. Both Hillary Clinton and filmmaker Dream Hampton opted out once they learned of her involvement.

Rap sensation Lizzo has defended herself against claims that she plagiarised her smash hit "Truth Hurts." On Oct. 23, Lizzo took to Instagram to post a note explaining how the song came about, also writing, "That song is my life, and its words are my truth." Songwriting brothers Jeremiah and Justin Raisen claimed days earlier that in April 2017, they had taken part in a writing session with Lizzo and other writers that resulted in music that included the infamous lyric "I just took a DNA test / turns out I'm 100 percent that b—-." According to Lizzo, the "DNA test" line was actually inspired by a meme she saw "that resonated with me, a meme that made me feel like 100% that b—-. I sang that line in the demo, and I later used the line in 'Truth Hurts.'" She later learned that the meme was inspired by a tweet from Mina Lioness, who's been giving a writing credit on the track. Lizzo explained, "The creator of the tweet is the person I am sharing my success with… not these men. Period."

Lil Nas X has broken another record with his mega-smash hit song "Old Town Road." On Oct. 22, the massive 2019 hit officially reached Diamond status, the Recording Industry Association of America confirmed. That indicates that a song has moved 10 million certified units. What makes this extra remarkable is that "Old Town Road" is now the song that's hit the mark the fastest, Billboard reported, as well as the first song of 2019 to reach Diamond status. It's also only the second single with a "country" label to reach the mark. (Florida Georgia Line's "Cruise" is the other.)

Congrats are in order for Red Hot Chili Peppers bassist Flea. The rocker (real name: Michael Balzary) married jewelry and fashion designer Melody Ehsani during the weekend of Oct. 19. The rock icon later posted about his nuptials on Instagram, writing alongside a wedding photo, "My life has changed forever and I am eternally humble and grateful. [My wife is] the person who sees all of me and knows who I am." 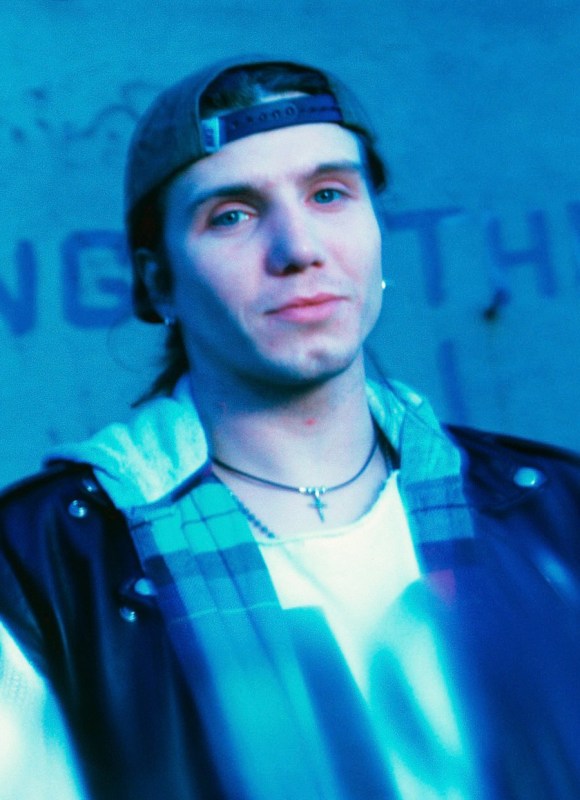