To celebrate the winners of "Dancing With the Stars" season 30 — NBA star Iman Shumpert and pro partner Daniella Karagach — Wonderwall.com has your guide to all the couples who were eliminated from the competition before Iman and Daniella came out on top during the Nov. 22, 2021, finale. First take a look at the pair proudly posing with their Mirrorball Trophy, then keep reading to see who placed second through fourth during the finale — and who went home before that…

RELATED: See what the celebs wore on "Britney night" during season 30 of "DWTS"

RELATED: Reality stars' plastic surgery before and after photos

Pro dancer Cheryl Burke and Peloton instructor Cody Rigsby came in third on the finale of season 30 of "Dancing With the Stars," which aired on ABC on Nov. 22, 2021.

Coming in fourth? "The Talk" co-host Amanda Kloots and pro partner Alan Bersten rounded out the top-four pairings who competed on the Nov. 22, 2021, finale of "Dancing With the Stars" season 30.

"The Office" alum Melora Hardin and pro partner Artem Chigvintsev were the ninth pair eliminated on season 30 of "Dancing With the Stars" on Nov. 15, 2021. They were one of two duos sent home on the semi-finals episode…

Pro dancer Sasha Farber and Olympic gymnast Suni Lee were also sent home on the semi-finals episode of "Dancing With the Stars" on Nov. 15, 2021. They're the 10th pairing to get the boot — and second duo to go on semi-finals night…

Country music star Jimmie Allen and pro dancer Emma Slater were sent home during a double elimination on "Janet Jackson Night," the Nov. 8, 2021, episode of season 30 of "Dancing With the Stars." They're the ninth duo to get the boot.

Lori Loughlin and Mossimo Giannulli's daughter — social media star Olivia Jade, who until this show was best known for her parents' role in a college admissions scandal — took off her dancing shoes alongside pro partner Val Chmerkovskiy when they were the first of two pairs eliminated during the Nov. 8, 2021, "Janet Jackson Night" episode of "Dancing With the Stars." They're the eighth duo to go home during season 30.

Pro dancer Witney Carson and pro wrestler Mike Mizanin, aka The Miz, were sent home on the Queen-themed Nov. 1, 2021, episode of "DWTS." They're the seventh duo to get the boot during season 30.

"The Real Housewives of Atlanta" star Kenya Moore and pro partner Brandon Armstrong got eliminated on "Horror Night" on Oct. 25, 2021. They're the sixth duo to get the boot during season 30.

Spice Girl Melanie C and pro partner Gleb Savchenko were eliminated on Oct. 18 — "Grease Night." They're the fifth duo to get the boot during season 30.

On- and off-screen couple Sharna Burgess and Brian Austin Green were the third pairing to get the boot on season 30 of "DWTS." They learned their fate during a double elimination on the Oct. 12 episode. They're seen here on "Disney Heroes Night" the previous evening.

Lindsay Arnold and Matt James were the fourth pair sent home on season 30 of "Dancing With the Stars." They were part of a double elimination on the Oct. 12, 2021, episode. They're seen here on "Disney Heroes Night" — they dressed up as characters from "The Incredibles" — the evening before they got the boot.

"Bling Empire" star Christine Chiu and pro partner Pasha Pashkov were the second couple to be eliminated on season 30 of "Dancing With the Stars." They're seen here before getting ousted on Oct. 4, 2021 — the ABC show's "Britney Night" episode.

"Cobra Kai" star Martin Kove and pro partner Britt Stewart were the first couple to get the boot on season 30 of "Dancing With the Stars." They're seen here on elimination night on Sept. 27, 2021. 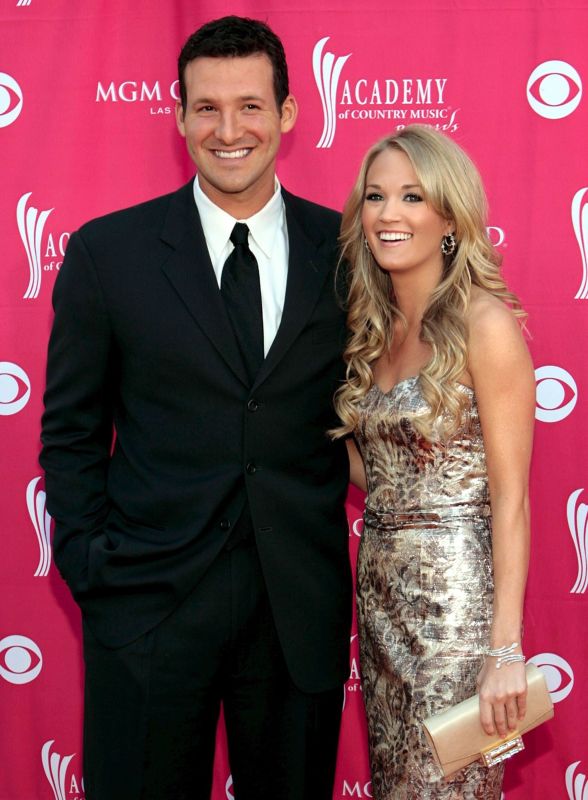