Long live, Shonda Rhimes! The woman responsible for bringing us some of our favorite television shows of all time turns 47 on Jan. 13, 2017, and in honor of her birthday, we're reflecting on some of her most legendary couples — and ranking them! No. 15 on our list? Izzie (Katherine Heigl) and Alex (Justin Chambers)! This "Grey's Anatomy" couple was a long time in the making, since they met as interns and had a rocky road to the altar. Though they initially flirted and almost started a relationship, Izzie got involved with Denny (who will make an appearance on this countdown later) and it took a while for them to find their way back to one another. Once they did, Alex stood by Izzie's side for her brain tumor ordeal and they likely would have been together forever — if not for Katherine's departure from the hit show. Keep reading to see which other couples we deemed the best in Shondaland!

Loving someone so much that you would kill for them? Well that's exactly what happened with our No. 14 couple — Wes (Alfred Enoch) and Rebecca (Katie Findlay) on "How To Get Away With Murder." Law student Wes saw through Rebecca's tough-girl exterior and the next-door neighbors fell for each other. Wes eventually killed Sam Keating in order to protect Rebecca, who was later tragically killed by Bonnie. And with the latest twist of Wes being shot, maybe the two can at least end up together in the afterlife?

Next up, another "How To Get Away With Murder" couple — Bonnie (Liza Weil) and Asher (Matt McGorry). Nearly everything on the show happens in secret, and it was no different for this pair. For Bonnie, Annalise's associate, a relationship with one of her boss's students would be taboo, but the two hit it off behind closed doors and provided some of the show's sweeter moments. Although they've both since moved on, they were one of our favorite unconventional pairings in the least romantic locale in Shondaland.

RELATED: 35 of our favorite TV couples

Spot No. 12 is reserved for our favorite lesbian couple on television — Callie (Sara Ramirez) and Arizona (Jessica Capshaw) on "Grey's Anatomy." Arizona was by Callie's side through George's death, and the two developed a relationship in the aftermath. Though there were some bumps in the road, ranging from a fight about having children to a long-distance stint while Arizona went to Africa, they eventually wed. And though the marriage was short-lived due to a cheating incident, we still have hopes that these two might find their way back to one another before "Grey's" ends.

Their love was taboo from the start — since interns and residents weren't allowed to date — but Cristina (Sandra Oh) and Burke (Isaiah Washington) on "Grey's Anatomy" broke the rules, resulting in one of our favorite "Grey's" pairings. During the first three seasons of the show, the couple tried to have a relationship, with Cristina standing by her lover's side (literally) after Burke was shot and developed a tremor in his surgical hand. The two were on their way to wedded bliss before Burke left Cristina at the altar. All wasn't terrible though — he ended up giving her a hospital.

The relationship between Connor (Jack Falahee) and Oliver (Conrad Ricamora) started out as purely physical on "How To Get Away With Murder," but it ended up blossoming into one of our favorite relationships on the show. Law student Connor and hacker Oliver slowly develop a serious bond, which even withstood an HIV diagnosis.

Coined "DAbby" by fans of "Scandal," David (Joshua Malina) and Abby (Darby Stanchfield) first linked up thanks to Olivia Pope… indirectly. David was attempting to get information about Olivia out of Abby, but it only resulted in the duo ending up at Abby's place. What followed fueled a complicated dynamic, where Abby ended up finding out David loved her by listening to taped recordings from his apartment. Only in Shondaland, right? Though the two aren't officially together at the moment, they still happen to be friends with benefits.

Oh, Laurel (Karla Souza) and Frank (Charlie Weber)! Where do we even begin? The "How To Get Away With Murder" couple started out hot and heavy, but their emotional connection deepened to the point that Frank even took Laurel home to meet his family.

Representing for "Private Practice" are Cooper (Paul Adelstein) and Charlotte (Kadee Strickland)! This couple was the show's steadiest despite a surprising meeting. The couple hooked up through a dating website and managed to stick it out through thick and thin to have a happy ending at the end of the series.

Pretty much all of Annalise's relationships are dysfunctional, but perhaps the most functional and genuine makes our list at No. 6. The pairing of Annalise (Viola Davis) and Eve (Famke Janssen) was a shock to most viewers of "How To Get Away With Murder," since they were portrayed as just long-time friends, but viewers quickly came to realize that Eve had the best of intentions when it came to Annalise's heart.

Things between Mark (Eric Dane) and Lexie (Chyler Leigh) really heated up during Season 5 of "Grey's Anatomy." The pair split due to jealousy and getting involved with other people, only to reunite — and, like most couples on "Grey's" — have a tragic end. Both died in a plane crash during Season 8.

There were plenty of reasons why Olivia (Kerry Washington) should have stayed far away from Fitz (Tony Goldwyn) on "Scandal." But the charming President of the United States was too irresistible. Despite his being married, Fitz and Olivia had a passionate affair that spanned a few seasons of the Washington-set show. But during Season 5, Olivia put a stop to his incredibly romantic proposal, essentially ending their torrid love affair. Fortunately for Olivia, she has another suitor we'll get to soon…

Izzie (Katherine Heigl) is making her second appearance on the list, this time for her brief, tragic romance with Denny (Jeffrey Dean Morgan) on "Grey's Anatomy." After Denny was admitted to Seattle Grace Mercy West during Season 2, the two fell for each other quickly. In one of the show's more daring moves, Izzie intervened and cut a wire to make Denny's medical condition more dire and speed up his heart transplant. He asked her to marry him, and Izzie said yes. After his transplant, things seemed to be looking up for the couple. But, like most things in Shondaland, that was short-lived and Denny sadly passed away after having a stroke.

This one might be controversial — especially for those on Team Fitz — but Olivia (Kerry Washington) and Jake (Scott Foley) on "Scandal" come in at No. 2. Our reasoning? The fiercely loyal naval officer-turned-dangerous B613 operative loved Olivia unconditionally, despite her continued attachment to Fitz. Here's hoping Olivia comes to her senses in Season 6.

Obviously, Meredith (Ellen Pompeo) and Derek (Patrick Dempsey) come in at No. 1 as, hands down, the most iconic couple in Shondaland history. Their "Grey's Anatomy" love affair started with a one-night stand… before they knew they worked at the same hospital. They continued to sneak around until Meredith discovered he was actually married, and the two split only to hook up again in the Season 2 finale. Though Meredith attempted to date other people, in Season 3, she realized she only loved Derek, and the two remained together up until — obviously — Derek had to die during Season 11 after being involved in a terrible car crash. 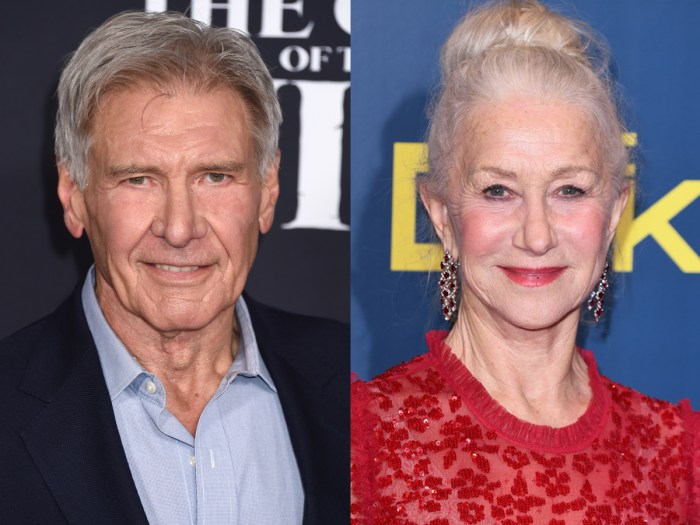