We couldn't get enough of the hit CBS sitcom "The Nanny" back in '90s! The laugh-out-loud funny show followed Fran, a woman with a very distinct voice who decides to become a nanny to a well-off family. In celebration of the 20th anniversary of the series finale, which aired on June 23, 1999, Wonderwall.com is checking up on the cast to find out what everyone is up to these days…

Fran Drescher starred as Fran Fine, a bubbly and hilarious nanny from Flushing, New York, on "The Nanny."

Fran Drescher went on to have a flourishing acting career after "The Nanny" wrapped in 1999. She starred on two sitcoms, "Living With Fran" and "Happily Divorced," and appeared in films like "Santa's Slay," "Shark Bait" and the "Hotel Transylvania" film series. In 2014, she made her Broadway debut in "Cinderella." Fran most recently lent her voice to 2018's "Hotel Transylvania 3: Summer Vacation" and is scheduled to star on NBC's "Indebted" in 2020. After she and first husband Peter Marc Jacobson, whom she met in high school, divorced in 1999 after 21 years of marriage, he came out as a gay man, though they remained close. She married scientist Shiva Ayyadurai in 2014; they parted ways two years later.

Charles Shaughnessy starred as Maxwell Sheffield, a Broadway theatrical producer who eventually falls for and marries Fran, on "The Nanny."

Charles Shaughnessy has continued to build his career in television and theater. The British actor has appeared in several TV shows and made-for-TV movies over the years, including "Living With Fran," "Law & Order: Special Victims Unit," "The Mentalist," "Days of Our Lives," "Get a Clue" and "Mom's Got a Date with a Vampire." He also starred in "Monty Python's Spamalot!" and "My Fair Lady" on the stage. Charles more recently guest starred on a 2019 episode of "Modern Family." He shares two daughters, Jenny and Madelyn, with his wife of nearly four decades, Susan Fallender.

Nicholle Tom began voicing Supergirl in the DC Animated Universe after finishing "The Nanny" in 1999. She continued to play the superhero before leaving the franchise in 2006. The Illinois native has also starred in "Ice Angel," "Panic," "The Princess Diaries," "Her Only Child" and "The Minor Accomplishments of Jackie Woodman." Nicholle last appeared onscreen in 2019's "The Scrap County Murders."

Madeline Zima starred as Grace Sheffield, the youngest child in the Sheffield family, on "The Nanny."

Madeline Zima has grown from child star to working adult actress. She played Mia Lewis on the hit Showtime series "Californication" from 2007 to 2011 and Gretchen Berg on the NBC series "Heroes" until 2010. She also landed roles in "Crazy Kind of Love," "Twin Peaks," "Crazy Eyes," "A Cinderella Story" and 2018's "Painkillers." Next up, Madeline is set to appear in 2019's "Fair and Balanced" alongside Margot Robbie, Charlize Theron and Nicole Kidman.

Renee Taylor has landed several roles since her "Nanny" days. She guest starred as Ted Mosby's neighbor, Mrs. Matsen, on "How I Met Your Mother," voiced Mrs. Start in "Ice Age: The Meltdown" and played Linda's mother Gloria on "Bob's Burgers." The octogenarian has also appeared in "Happily Divorced," "Temptation: Confessions of a Marriage Counselor," "The Do-Over" and "How To Be A Latin Lover." In 2018, she began starring in "My Life on a Diet, an autobiographical play that she wrote. Renee was married to playwright Joseph Bologna for 52 years, until his death in 2017. The couple shared two children, son Gabriel and daughter Zizi.

Benjamin Salisbury landed a few small roles after "The Nanny" but has largely stayed away from the spotlight. He appeared on the 2004 special "The Nanny Reunion: A Nosh to Remember" and on the CBS series "Numb3rs" before retiring from acting in 2006. Benjamin, pictured here with castmates Charles Shaughnessy and Renee Taylor, now works as the director of operations for Universal Studios Hollywood. He married Kelly Murkey in 2003. The couple, who share one daughter and one son, divorced in 2013.

Daniel Davis starred as Niles, the Sheffield family's loyal butler and chauffeur, on "The Nanny."

After wrapping "The Nanny," Daniel Davis continued to build his career on the stage. He starred in several successful plays and musicals including "Talking Heads," "The Frogs," "La Cage Aux Folles," "Noises Off" and "Wrong Mountain," for which he earned a Tony Award nomination. Daniel hasn't completely abandoned film and TV, however, as he's guest starred on shows such as "Frasier," "Ugly Betty" and "Gotham." He most recently appeared in a 2019 episode of "Elementary."

Lauren Lane starred as C.C. Babcock, Maxwell's business associate who has feelings for him before falling for Niles, on "The Nanny."

Lauren Lane appeared in a few projects after "The Nanny" but has largely avoided Hollywood in recent years. The Oklahoma native appeared in "Gen," "The Nanny Reunion: A Nosh to Remember," "August: Osage County" and "The Vagina Monologues." She more recently appeared on stage in 2014's "Vanya and Sonia and Masha and Spike" and currently works as the head of acting for the department of theatre and dance at Texas State University in San Marcos, Texas. Lauren shares one daughter, Kate, with ex-husband David Wilkins, whom she divorced in 2009 after 11 years of marriage.

Ann Morgan Guilbert continued to work in Hollywood after "The Nanny" wrapped in 1999. The Minneapolis native, who began acting professionally in the 1950s, appeared on "Curb Your Enthusiasm," "Law & Order: Special Victims Unit," "Please Give," "Modern Family," "Grey's Anatomy" and "Happily Divorced." Her final acting credit was a 2016 guest role on "Life in Pieces." Sadly, Ann died in June 2016 at 87. She left behind two children, actress Hallie Todd and acting coach Nora Eckstein, whom she raised with her late husband, Guy Raymond.

Rachel Chagall starred as Valerie Toriello, Fran's ditsy best friend, on "The Nanny." She landed a few small guest roles on shows like "Strong Medicine" and "Just Shoot Me!" before retiring from acting in 2006. Her last onscreen appearance was on a 2006 episode of "What I Like About You." Rachel is now reportedly a stay-at-home mother to her two children, Eve and Jonah, whom she shares with her husband, Greg Lenert. 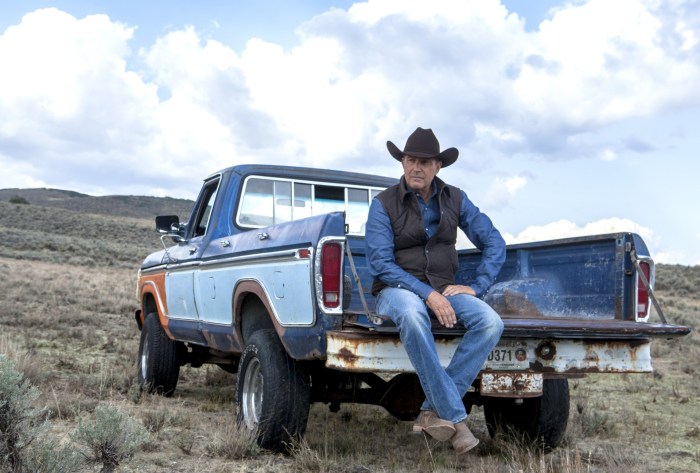