The ladies of Bravo's "The Real Housewives" franchises know how to keep the drama coming, and sometimes that extends to their relationships with their kids. One of those kids, Delilah Bella Hamlin (pictured on the left), will ring in her 20th birthday on June 10, 2018. In celebration of this special day, Wonderwall.com is catching up with the "Real Housewives" children. Delilah was still a young teen when her mom, Lisa Rinna, joined "The Real Housewives of Beverly Hills" in 2014. Keep reading to see where Delilah and the other "Real Housewives" kids are today!

RELATED: Former 'Real Housewives' stars: where are they now

Delilah Belle Hamlin, pictured here with mom Lisa Rinna and sister Amelia Gray Hamlin, is now an up-and-coming model. The 19-year-old is signed to IMG Models and was a casting call model for Sports Illustrated Swimsuit in 2018. Amelia, 16, is also modeling and recently opened up on her Instagram about her battle with anorexia and Hashimoto's disease.

"Real Housewives of New York" star Sonja Morgan joined the franchise in 2010 when her only child, Quincy Adams Morgan, was still a little girl.

Quincy Adams Morgan made headlines when she hit the red carpet with her mother Sonja Morgan in 2016. The camera-shy teen made a rare appearance in the spotlight before attending the "Difficult People" premiere in New York City. Quincy, who attends boarding school away from the "Housewives" set, is currently getting ready for college, according to her famous mom.

"The Real Housewives of New Jersey" star Caroline Manzo's daughter Lauren Manzo was just 21 when the series premiered in 2009, see where she is today!

Lauren Manzo Scalia is now a married mother of one! The 31-year-old reality TV star married Vito Scalia, pictured here, in 2015 and the pair welcomed a daughter, Marchesa Anna Scalia, in February 2017. Lauren also appeared on the "Housewives" spin-off series "Manzo'd With Children" with her mom, Caroline Manzo, from 2014 to 2016.

Caroline Manzo's sons Albie Manzo and Chris Manzo also made appearances on "The Real Housewives of New Jersey" after the series premiered in 2009.

Albie Manzo, 32, and younger brother Chris Manzo, 29, also starred in mom Caroline Manzo's reality series "Manzo'd With Children," which shows the seemingly single boys slowly leaving the nest and trying to get their businesses like BLK Water off the ground. Since the series wrapped, Albie has been dating Jamie Virginia Rose and Chris is hosting a new sports show, "Foul Territory." Chris is also a co-founder of Italian restaurant Tenth Street Pasta and Pizza.

Avery Singer is the only child of "The Real Housewives of New York City" star Ramona Singer. She wasn't even 13 when the show premiered in 2008.

Despite Ramona Singer and Mario Singer's separation and divorce drama in 2014, their daughter Avery Singer is doing just fine as a regular 20-something working girl. The 23-year-old graduated from the University of Virginia in 2017 and spent some time traveling abroad to Asia right after gradation. Today, she's working as a registered associate at Morgan Stanley.

"The Real Housewives of New Jersey" star Teresa Giudice's oldest daughter Gia Giudice was around 8 years old when the series started in 2009.

Despite both her parents getting into serious legal trouble and serving time in jail, Gia Giudice has grown into a well-adjusted happy teenager. The teen was gifted a new BMW for her 17th birthday on Jan. 8, 2018 and is currently looking at colleges with her famous mom, Teresa Giudice. She is also dating her first boyfriend, Nick. Aw young love!

Gigi Hadid and Bella Hadid were young children when their mother, Yolanda Hadid, joined "The Real Housewives of Beverly Hills" in 2012.

Gigi Hadid and Bella Hadid have both become successful supermodels in recent years. Gigi, 23, started out as the face of Guess and has since walked in numerous Fashion Week shows, landed major campaigns and been the cover girl for Vogue twice. She's been in an on-and-off relationship with former One Direction boyband member Zayn Malik for three years. Little sister Bella, 21, is also a dominating the catwalk with appearances at multiple Fashion Week shows, editorials in Vogue Paris and working as an ambassador for Dior and Bulgari. Bella rekindled a romance with former boyfriend The Weeknd in 2018 nearly two years after the pair split. The girls have been publicly supportive of mom Yolanda Foster during her Lyme disease battle, and subsequent departure from the show.

Before meeting her current husband Kroy Biermann, Kim Zolciak-Biermann was just a single mom raising her two daughters Brielle and Ariana, who both appeared on "The Real Housewives of Atlanta" in 2008.

Today, Brielle Biermann and her sister Arianna Biermann are making names for themselves in the reality TV world. Brielle starred on her mom's spin-off show "Don't Be Tardy," and dated minor-league pitcher Michael Kopech for two years. The 21-year-old recently moved out of Kim Zolciak-Biermann's house into her own apartment and has been caught fighting with her fellow "Real Housewives of Atlanta" co-stars. Littler sister Arianna, 16, is enjoying high school and dating her first boyfriend, Collin Lipman.

Tamra Judge's struggles with her prone-to-trouble son Ryan Vieth have been documented on "The Real Housewives of Orange County" since the series premiered in 2006.

Ryan Vieth had his share of ups and downs during his time on "Real Housewives." He was arrested in 2015 for domestic violence, although those charges were ultimately dismissed. In 2015, he welcomed a daughter — Ava — with his ex-fiance, Sarah Rodriguez. The couple have been on-and-off since becoming parents and frequently get in public fights on social media.

Jacqueline Laurita had some tough mother-daughter moments with then-18-year-old Ashlee Holmes on "The Real Housewives of New Jersey." But things between them seem to have smoothed out as Ashlee got older.

Ashlee Holmes is now an engaged mother of one! The 27-year-old became engaged to Pete Malleo in 2016 and the couple welcomed a son, Cameron Hendrix Malleo, on Aug. 30, 2016. Ashlee is also a certified makeup artist who works at Sephora.

LuAnn de Lesseps' youngsters Victoria de Lesseps and Noel de Lesseps starred on "The Real Housewives of New York City" with their mom when she was still married to their father Alexandre de Lesseps, who divorced the Countess in 2009.

Today, Victoria de Lesseps and Noel de Lesseps are both happy 20-somethings. Victoria, 23, is a designer, artist and sometimes model who has posed for V Magazine. Her brother, Noel, is also a talented artist who attends the Maryland Institute College of Art.

Briana Culberson was only 18 when her mom Vicki Gunvalson joined the original cast of "The Real Housewives of Orange County" in 2006.

Briana Culberson is now a full-time mama to two young sons! The reality star married former Marine Ryan Culberson in 2011 and the couple welcomed two sons, Owen and Troy. Briana, who was diagnosed with Lupus in 2016, currently lives in North Carolina with her family.

Jill Zarin's only child, Allyson Shapiro, didn't know what to expect when her family joined the cast of "The Real Housewives of New York City" in 2008. She told Glamour: "I was a freshman in high school when we started the show, and my family and I thought it would be similar to having a home movie."

Allyson Shapiro is now an accomplished young woman. The 24-year-old graduated from Vanderbilt University in 2014 and worked as a creative strategist at BMF Media and as analyst for PHD Worldwide. Today, Allyson is a marketing associate for Douglas Elliman Real Estate and frequently posts pictures of her global travel on Instagram. Sadly, Allyson's step-dad and Jill Zarin's husband, Bobby Zarin, died after a long battle with cancer in January 2018.

Kandi Burruss brought her adorable 6-year-old daughter Riley Burruss into the mix on "The Real Housewives of Atlanta" back in 2008.

Riley Burruss will turn 16 on Aug. 22, 2018, and is enjoying life with her new stepfather Todd Tucker and stepsister Kaela Tucker. She also became a new big sister when mom Kandi Burruss gave birth to a son, Ace, in January 2016. Her famous mom shared that Riley is starting to look at colleges and the pair are deciding what car she will get for her Sweet 16.

Jeana Keough's three children — Colton Keough, Shane Keough and Kara Keough — were all a part of "The Real Housewives of Orange County" in 2006.

Jeana Keough's sons Colton Keough and Shane Keough both played minor-league baseball after their time on reality TV, but Shane gave up the game to become a model and actor. He now works as a real estate agent with Colton and their mom, Jeana Keough. Shane has also found success in the love department and proposed to his longtime girlfriend, former Miss Nevada Brittany McGowan in 2017. Kara Keough settled down and married former football pro Kyle Bosworth in 2014, and they welcomed their first child in January 2016.

Kathy Wakile showed off her lookalike daughter, Victoria Wakile, and son Joesph Wakile on "The Real Housewives of New Jersey" in 2011. 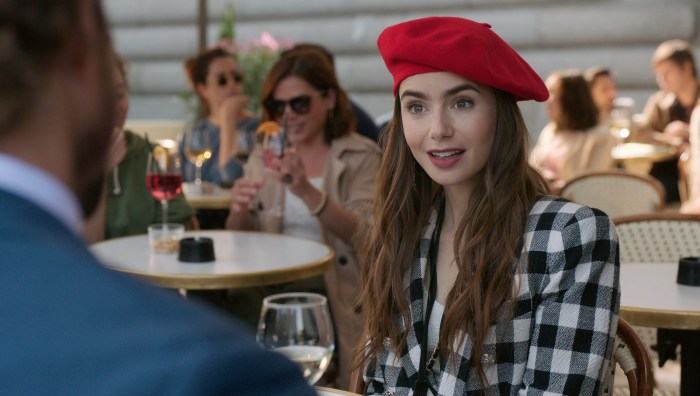 Up Next Say oui!

More Wonderwall
Love In The City

Rihanna strikes a pose in LA, plus more pics you have to see!

See some of the most memorable celebrity 'dos of all time!

Take a look back at celebs who've portrayed prominent politicians on 'SNL' over the years!