It's been 55 years since William Shatner's Captain James T. Kirk first guided us into space (the final frontier!) on "Star Trek: The Original Series," which debuted in 1966 and had a massive impact on pop culture in spite of the fact that it ran for just three years until 1969. In honor of its big anniversary, Wonderwall.com is taking a look back at the stars who've played captains on "Star Trek" TV shows to see how their lives have changed over the years.

RELATED: 39 stars you never knew were in the "Star Trek" franchise

William Shatner went on to star on "Barbary Coast," "T.J. Hooker," "$#*! My Dad Says" and "Boston Legal" — for which he won an Emmy and a Golden Globe — after "Star Trek" ended in 1969. He also earned an Emmy nomination for his work on "3rd Rock from the Sun" and won an Emmy in 2004 for a guest appearance on "The Practice." The iconic actor, who starred in seven "Star Trek" movies after the original series ended, has appeared in countless made-for-TV movies since the '70s, had a role in 2000's "Miss Congeniality" and wrote and directed the 2011 documentary "The Captains," which centers around the actors who've portrayed "Star Trek" captains over the years. On top of all that, he's released several spoken-word albums (his latest, "Bill," is due on Sept. 24, 2021), written several books and portrayed the Priceline Negotiator off-and-on for nearly a decade in a series of memorable advertisements for the travel-booking company. Bill and his first wife, Gloria Rand, divorced the same year "Star Trek" ended. He was then married to Marcy Lafferty from 1973 to 1996 and to Nerine Kidd from 1997 until her death in 1999. He married his fourth wife, Elizabeth J. Martin, in 2001. In late 2019, he filed for divorce after nearly two decades of marriage. Bill celebrated his 90th birthday on March 22, 2021. That same month, he appeared in his most recent film role: He starred alongside Jean Smart and Christopher Lloyd in the romantic dramedy "Senior Moment."

Patrick Stewart starred as Captain Jean-Luc Picard on "Star Trek: The Next Generation" from 1987 to 1994. He then portrayed Captain Picard in four feature films before returning to the role on the CBS All Access series "Star Trek: Picard," which debuted in January 2020.

"Star Trek" isn't the only franchise for which Patrick Stewart is beloved: He also portrayed Professor Charles Xavier in several installments in the "X-Men" franchise between 2000 and 2017. Since "Star Trek: The Next Generation" ended, the English actor has earned four Emmy nominations — for his work on "Moby Dick," "The Lion in Winter," "Extras" and "Hamlet" — and he earned his third Golden Globe nomination in 2016 for his performance on the short-lived Starz series "Blunt Talk." Additionally, he's become an accomplished voice actor with roles on "American Dad!" and "Family Guy" as well as in the films "The Emoji Movie," "Ice Age: Continental Drift" and "Gnomeo & Juliet." He also returned to the theater after he took a lengthy hiatus from his captain's uniform, earning accolades for his work on Broadway and in the London theater scene. In 1997, Patrick got engaged to his second wife, former "TNG" production assistant Wendy Neuss. They were married from 2000 to 2003. He then romanced actress Lisa Dillon for several years before finding love with singer-songwriter Sunny Ozell, whom he wed in 2013. ("X-Men" franchise co-star Ian McKellen officiated their nuptials!) Patrick, who turned 80 in 2020, most recently appeared on the big screen as John Bosley in the 2019 "Charlie's Angels" reboot.

Avery Brooks (pictured in 2012) essentially retired from Hollywood after "Deep Space Nine" came to an end in 1999. Since then, he's appeared in 2001's "15 Minutes," narrated various documentaries, voiced his "Star Trek" character in a 2006 video game and narrated an audiobook of Alex Haley's "Roots: The Saga of an American Family." (He starred in a 1988 made-for-TV movie based on the novel.) Mostly, though, Avery has worked as a theater actor and director for productions in New York City and London. He also released a 2009 album of jazz and blues covers and served as the music supervisor for William Shatner's 2011 documentary "The Captains."

Kate Mulgrew starred as Captain Kathryn Janeway on "Star Trek: Voyager" from 1995 to 2001.

Kate Mulgrew appeared in 2002's "Star Trek: Nemesis" after "Voyager" came to an end. She then starred on "The Black Donnellys," "Mercy," "Warehouse 13," "Mr. Mercedes" and "Orange Is the New Black," for which she earned an Emmy nomination in 2014. That same year, she divorced her second husband, Ohio politician Tim Hagan, after 15 years of marriage. She's also an accomplished theater actress and has published two memoirs: 2016's "Born With Teeth" and 2019's "How To Forget: A Daughter's Memoir." Currently, she can be heard as the voice of Cat on the Cartoon Network's "Infinity Train." Kate is set to return to the role of Captain Kathryn Janeway (or at least a version of Captain Janeway who appears as an Emergency Training Hologram) on the upcoming Paramount+ animated series "Star Trek: Prodigy," which is due in the fall of 2021.

Scott Bakula starred as Captain Jonathan Archer on "Star Trek: Enterprise," which is a prequel to the original series, from 2001 to 2005.

After "Enterprise" ended in 2005, Scott Bakula had stints on "The New Adventures of Old Christine," "Chuck," "Men of a Certain Age," "Desperate Housewives" and "Looking." He also appeared in "Basmati Blues," "Elsa & Fred" and "The Informant!" and had a role in the HBO original film "Behind the Candelabra," for which he earned an Emmy nomination in 2013. From 2014 to mid-2021, Scott starred as Dwayne Pride on "NCIS: New Orleans." In 2009, he wed his second wife, actress Chelsea Field, after 15 years and two sons together. 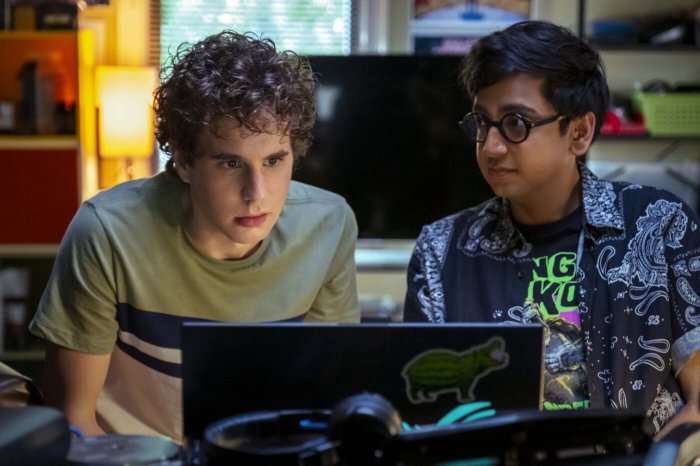 Up Next Back to school