Art imitates life, they say — but sometimes too closely. Take, for example, the recent attempt to adapt "Heathers" for the small screen. The 1998 dark comedy starring Winona Ryder centered around a popular high school clique and a murderous classmate (played by Christian Slater). A 10-episode series based on the film was scheduled to debut on the Paramount Network in March 2018 but was delayed after the Marjory Stoneman Douglas High School shooting tragedy in parkland, Florida. In June, the network announced that it was officially scrapping the show due to its depiction of school violence. "The combination of a high school show with these very dark moments didn't feel right," Keith Cox, Paramount Network's president of development and production, explained to The Hollywood Reporter. Wonderwall.com is taking a look back at more TV shows that were rocked by real-world tragedies. Keep reading for more…

RELATED: "Heathers" cast: Where are they now?

"Earshot," a 1999 episode of "Buffy the Vampire Slayer" that centered around a plot to wipe out the student body at the fictional Sunnydale High School, was delayed in the wake of the Columbine high school shooting in Colorado. The tragedy, which occurred one week before the episode was set to air, also delayed the show's Season 3 finale, which depicted Buffy (Sarah Michelle Gellar) and the Scooby Gang defeating a giant snake-like demon by blowing up their school.

RELATED: "Buffy the Vampire Slayer" stars: Where are they now?

The original version of "The One Where Rachel Tells…," a Season 8 episode of "Friends" that aired in October 2001, depicted Monica (Courteney Cox) and Chandler (Matthew Perry) being detained by airport security after joking about bombs and explosions during their honeymoon. The episode was re-shot in the wake of 9/11 to show the couple competing with another pair of newlyweds over scoring free perks during their honeymoon.

RELATED: Life after "Friends" — The stars' biggest moments since the show ended

"Mid-Western Assassin," the sixth episode of "American Horror Story: Cult," which depicted a mass shooting during a political rally for Evan Peters' Kai Anderson, aired on Oct. 10, 2017. In the wake of the Route 91 country music festival shooting in Las Vegas, which took place just nine days earlier, the episode was edited to tone down the violence, halving the length of the troubling scene and making the bulk of the action take place off-screen.

USA Network pushed the premiere of "Shooter," on which Ryan Phillippe stars as a former Marine sniper framed for assassinating a foreign president, from July 2016 to November 2016 in the wake of the Dallas sniper attack. The tragedy occurred less than two weeks before the show was set to debut.

"Still" — a 2013 episode of "Castle" on which Stana Katic's Beckett accidentally disarms a pressure-sensitive bomb — was delayed a week "out of respect" to the victims of the Boston Marathon bombings, the actress tweeted. The episode was originally set to air just a week after the tragedy.

The June 2016 premiere of the third season of TNT's "The Last Ship," on which Eric Dane starred, depicted an attack on a Vietnamese nightclub. The episode was delayed a week in the wake of the Pulse nightclub shooting in Florida. "After the shootings in Orlando, tonight's season premiere of 'The Last Ship' is postponed. Our hearts are with the victims and their families," TNT tweeted.

NBC never aired the fourth episode of "Hannibal," on which Mads Mikkelsen starred as the titular cannibalistic psychiatrist, in the United States. The episode — which centered around young boys who'd been brainwashed to murder their families, including their siblings — was set to air in April 2013, just a few months after the Sandy Hook school shooting. "With this episode, it wasn't about the graphic imagery or violence," showrunner Bryan Fuller told Variety of his decision to yank the episode. "It was the associations that came with the subject matter that I felt would inhibit the enjoyment of the overall episode. It was my own sensitivity."

The finale of the first season of "Mr. Robot," on which Rami Malek stars, depicted a character committing suicide on live television. The episode was delayed a week in the summer of 2015 due to its uncanny parallels to a real-world tragedy that occurred the same day it was scheduled to air. On Aug. 26, 2015, a former television reporter shot and killed two former colleagues, a reporter and a videographer, as they conducted a live TV interview in Moneta, Virginia.

"Dronez: The Hunt for El Chingon" — an episode of IFC's mockumentary anthology series "Documentary Now!" — was also delayed due to the live-television murders in Moneta, Virginia. The episode, which spoofed Vice's gonzo-style documentaries, depicted two pairs of journalists (both played by Fred Armisen and Bill Hader) being killed on-camera while attempting to track down a drug cartel lord for an interview.

The fourth episode of the first season of "Supergirl" depicted Melissa Benoist's Kara Zor-El racing to stop several bombs from detonating in the fictional National City. The episode was delayed a week in the wake of the November 2015 coordinated terrorist attacks on Paris.

Similarly, an episode of the seventh season of "NCIS: Los Angeles" was pushed in the wake of the November 2015 Paris attacks. The episode centered around a terrorist recruiting young women to join ISIS, the same organization that claimed responsibility for the real tragedy.

A Season 2 episode of TNT's "Legends," on which Sean Bean starred, was also delayed due to the November 2015 Paris terror attacks. The episode — which had perhaps the closest parallels to the real tragedy — depicted a radical young man opening fire on a crowd during a peaceful protest in Paris.

Syfy delayed the finale of the third season of "Haven" — which centered around a string of murders during a high school reunion — from December 2012 to January 2013 due to the Sandy Hook school shooting. The network said in a statement to The Hollywood Reporter that it made the decision because the episode "contained scenes of fictitious violence in a high school."

In July 2015, TLC cancelled "19 Kids and Counting" after 10 seasons following allegations that the Duggars' oldest child, Josh Duggar, molested five underage girls, including some of his own sisters, when he was a teenager.

In early 2013, halfway through shooting the second season of "Buckwild," star Shain Gandee (along with his uncle and a friend) died of carbon monoxide poisoning when his SUV got stuck in the mud while off-roading outside Charleston, West Virginia. MTV decided to cancel the reality show in the wake of the freak accident. "We love the cast and the show and this was not an easy decision, but given Shain's tragic passing and essential presence on the show, we felt it was not appropriate to continue without him," the network said in a statement. 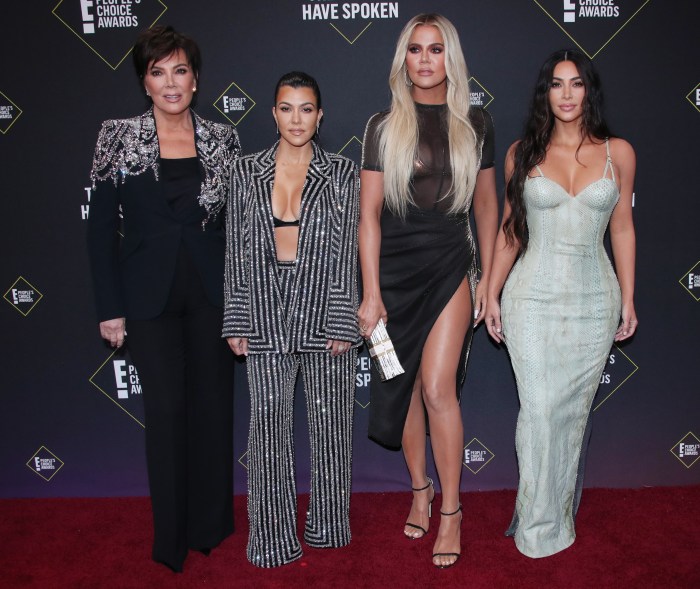