Welcome to Hollywood, which seems to be ground zero for thieves these days. So far, 2017 has not been kind to a slew of celebrities, who have been on the wrong end of a rash of home burglaries. Singer, actors and reality stars have all fallen victim to robbers and there doesn't appear to be an end in sight. The worst of them all, from a financial standpoint, appears to be Alanis Morissette. It was a tough (jagged little) pill to swallow for Alanis. In early February 2017, Alanis' Los Angeles-area home was broken into and the crooks got away with a whopping $2 million in jewelry. The singer was not home at the time of the heist. She had often posted images of her jewelry on social media before the burglary. Click through to see who else has been on the receiving end of a major heist…

On Oct. 19, Mariah Carey became a burglary victim after thieves broke into her Los Angeles mansion and made off with $50,000 in goods. The home was reportedly hit around 3 AM while the singer was out of town. TMZ reported that the crooks likely got in through a window or door on an upper floor (a ladder was found in the backyard). The thieves stole pricey purses and sunglasses. Mariah did have a security system, and the silent alarm was tripped, but security didn't discover the break-in for about four hours.

Thieves broke into Hilary Duff's Beverly Hills home on July 19 while the "Younger" star was out of town on vacation with her 5-year-old son, Luca Comrie, in Canada. "Someone broke through a door, rooted around and discovered Hilary's stash. The alarm never went off," TMZ reported on June 23, adding that its sources say the thief got away with jewelry worth "hundreds of thousands of dollars." Hilary had been posting photos and videos from her trip on social media, which TMZ speculates could have made her home an easy target for criminals.

Rachel Bilson's home was burglarized on Oct. 6, 2017. Rachel had reportedly left her home around 10 am, only to return four hours later to find it ransacked. It's believed that thieves got away with about $50,000 in expensive shoes and designer handbags.

Kendall Jenner was robbed of about $200,000 on March 16, 2017. Kendall had been at her LA home most the day, but eventually stepped out before the thieves struck. When she returned and went to her bedroom, she realized that her jewelry box had been stolen. There was reportedly no sign of forced entry and it looked to be an inside job.

Jason Derulo was out of town when a maid discovered something was amiss in his Los Angeles residence on Sept. 22, 2017. TMZ reported that "multiple people forced their way into Derulo's home, possibly breaking a door and window." Burglars discovered and stole $300,000 in cash and jewelry. Police believe it could have been an inside job since only one specific room was targeted.

In early February 2017, Nicki Minaj's Los Angeles mansion was burglarized and thieves got away with about $200,000 worth of jewelry and other valuables. It's unclear whether they were inspired by the fact that Nicki often showed off her rings, bracelets and necklaces on Instagram, but this particular robbery got personal. "The suspect or suspects knocked over and flipped furniture and items all over the house … almost as if they were frantically looking for something," TMZ reported at the time. "They vandalized certain items in the house … destroyed picture frames, perfume bottles, furniture … and even cut up Nicki's clothing."

David Spade joined the non-exclusive burglary victim club in June 2017 when crooks busted into his house and took off with a safe that contained about $80,000 in cash and jewelry, including a wedding band that belonged to David's mom.

Michael B. Jordan was on the losing end of a burglary in May 2017 after someone smashed a window in his Los Angeles home and took off with cash and jewelry. The actor wasn't home at the time. Unlike some of the other celeb burglaries, it's suspected that this one was a random job and Michael wasn't targeted.

March was not a kind month to "Shameless" star Emmy Rossum in 2017. The actress' Los Angeles home was burglarized while she was out of town. This one seemed like easy pickings for the thieves, as crooks zeroed in on two safes in her home. Unfortunately for Emmy, she left the safe codes out in plain view, so burglars didn't even have to struggle to get the goods inside. TMZ said $150,000 in antique jewelry was missing. A housekeeper was the first to notice a crime had taken place.

Count Jaime Pressly as a victim of a burglary. Jamie told authorities someone broke into her Los Angeles home on March 18, 2017. Jaime was in town, but was out at dinner when the break-in occurred. According to reports, the thieves got in by smashing a window. A safe was stolen that contained about $30,000 in jewelry, TMZ reported. Also in the safe: a .38 caliber revolver handgun.

Scott Disick was away at a highly-publicized birthday party in Las Vegas when someone violated his LA home in the early morning hours of May 21, 2017. Media outlets suspected his robbery was an inside job because the crook knew he would be out of state and seemed to know where the security cameras were located, and was able to go undetected.

Patti Stanger was the victim of a major burglary while staying at the Luxe Sunset Boulevard hotel in May 2017. TMZ reported in July that thieves stole over $300,000 of clothes, jewelry and purses from the reality star after breaking the lock and entering her hotel room.

ASAP Rocky's burglary was a scary one. According to multiple media accounts, on May 16, 2017, a woman, supposedly his sister, was approached by three armed men outside the Beverly Grove, California home and forced the let the criminals inside. They tried to get her to open a safe but after she wasn't able to they left with it. They later abandoned it on a nearby sidewalk when they couldn't get it into the getaway car. Despite that setback, the crooks got away with $1.5 million in loot.

One-time dreamboat Fabio fell victim to a burglary in March 2017. Crooks got away with $200,000 in valuables. He told KCBS that his 200-pound safe was stolen. It was filled with his $127,000 gold coin collection and an $80,000 watch collection. The safe was later recovered, but had been emptied out. He blamed California Governor Jerry Brown for the burglary. The Governor championed the passing of Prop 57, which made thousands of non-violent crime felons eligible for parole.

Reality TV star Cesar Millan got bit by the burglary bug on Jan. 12, 2017. Burglars entered his Studio City, California home through an unlocked bathroom window. After it was over, the thieves made off with "hundreds of thousands of dollars" worth of jewelry, reports indicated. Surveillance cameras caught the crooks in the act.

"Basketball Wives: LA" star Laura Govan came home from a vacation in May 2017 to find her home rummaged through and ransacked. TMZ reported that the kitchen window "was smashed" and that "items were thrown all over the house." Crooks got away with a pretty massive haul: Nearly $100,000 in cash and $615,000 in jewelry, including a Rolex watch worth $50,000. She had a security system, but it unfortunately wasn't turned on. 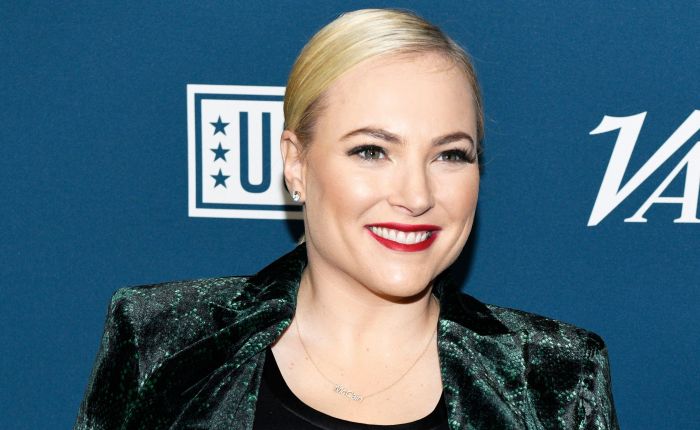