Back in 2016, Olivia Munn revealed on Anna Faris' podcast that she'd frozen "a bunch" of her eggs. "Every girl should do it," she said at the time. On March 4, Olivia revealed which celebrity advised her to do it: Kim Kardashian West. "I wanted to freeze my eggs and I hit her up and she broke down everything about it," Olivia, who's currently 37 and single, told "Entertainment Tonight" at the Vanity Fair Oscar Party. "She broke it down, and I went to her doctors." Olivia said she and Kim — who welcomed third child Chicago West via surrogate in January — "have been friends for a long time. A really long time. I'm so proud of everything that she's done. She's a really, really good human being. Honestly, out of all of my girlfriends, she is the most knowledgeable. If you want to know about anything, she's the girl. Truly."

After nearly four years of marriage, it's over for The Band Perry's Kimberly Perry and former pro baseball player J.P. Arencibia. The country music star cited irreconcilable differences in a March 2 divorce filing in Greenville, Tennessee, People magazine reported. Kimberly confirmed the news in a bittersweet Instagram post on March 4. "Yes it's true, my marriage has come to an end," she shared. "I know that beauty will come from these ashes and, as always, I want to thank you all for your love and support. I'll be in touch soon." A few hours later, J.P. posted a message on Instagram that appeared to be about the split. "All good. Half full kind of mentality," he captioned an image featuring Bob Marley's "Three Little Birds" lyrics: "Don't worry about a thing. 'Cause every little thing is gonna be all right."

"The Originals" and "The Vampire Diaries" alum Claire Holt has suffered a devastating miscarriage, she revealed in a lengthy Instagram post on March 4. "I took this photo 10 days ago, as I waited for surgery after my sweet little baby lost its heartbeat. I sent it to my fiancé in the waiting room to show him that I was ok. I wasn't. I've never felt more broken in my life," she wrote alongside a selfie as she was prepped for surgery. "I debated sharing this so soon and I'm still frightened about making such a private struggle public, but I'm doing it anyway because it's important. After my D & C, I spent hours on the internet searching for women who had been through it. I was desperate to find someone, anyone, who could relate to what I was feeling. Someone to tell me that the depression and hopelessness were normal. That it wasn't my fault. That I wasn't broken forever." She went on to explain that she found a community of women who'd gone through the same thing and that she wants fans to know that "support is everything." She thanked her partner for being "my rock and my safety net" — Claire and real estate exec Andrew Joblon announced their engagement in December 2017, seven months after her husband of a year, TV producer Matthew Kaplan, filed for divorce — and also shared a link to a blog that helped her cope, urging fans who've experienced the same heartbreak to know "you're not alone."

Jennifer Lawrence had the best time at the Oscars, though some of her fun came at pal Emma Stone's expense. As host Jimmy Kimmel delivered his opening monologue — in which he revisited how Emma's film "La La Land" was mistakenly named best picture in 2017 — J.Law trolled her buddy as she sat next to her, pointing at Emma and laughing at her open-mouthed when Jimmy quipped, "This year, when you hear your name called, don't get up right away. Just give us a minute." Emma just sat there smiling. But Jen clearly loves her buddy and fellow Oscar winner: Earlier, J.Law hiked up the skirt of her gorgeous metallic sequined Dior dress and literally climbed over seats in the Dolby Theatre — while clutching a full glass of white wine — to get to Emma.

Embattled comedian Kathy Griffin is publicly supporting the personal stylist who accused Ryan Seacrest of sexual misconduct. "Hey Suzie Hardy, I will do for you that which no one did for me after May 30. After you were brave enough to speak out I'm happy to offer you a job as my stylist to dress me this week for Jimmy Kimmel and Real Time & I'll PAY you. What ya think? KG #Oscars," Kathy tweeted on March 4. Kathy has faced criticism — and criticized others — since she sparked headlines and lost lucrative endorsements, gigs and a New Year's Eve hosting job with CNN after she posed for a photo holding a mask made to look like the bloody, decapitated head of President Donald Trump last year. Suzie has alleged that Ryan repeatedly sexually harassed and groped her when she worked for him from 2007 to 2013. Ryan has repeatedly denied her claims and pointed out that an E! investigation found them to be without merit, though he's faced backlash, including on the red carpet at the Oscars where only 21 stars — which included just a handful of really big names — stopped to talk to him.

In one of the funniest gags of the 2018 Oscars, host Jimmy Kimmel awarded a Jet Ski to the Academy Award winner who delivered the night's shortest speech. The prize went to "Phantom Thread" costume designer Mark Bridges, whose speech lasted about 36 seconds. "That was an accident!" Mark told "Entertainment Tonight" after the telecast. "I really had things to say… I forgot a sentence and now look — I got me and Helen Mirren on a Jet Ski and now I have a Jet Ski." Mark was quietly plucked from his seat in the audience so that he could go backstage and ride the personal watercraft out on stage with Helen (who acted as a game-show girl, showing off the prize) at the end of the telecast. "They got me out of the audience and they said can you come to the green room and I was like, 'Oh no, I got the Jet Ski,'" Mark added.

Yes, new mom Mindy Kaling and her ex-boyfriend and former "The Office" co-star B.J. Novak were each other's dates to the Vanity Fair Oscar Party on March 4. But no, sadly for fans, they're not back together. "I'm headed out for a night of fun with my best friend," the "A Wrinkle In Time" actress said in a video she made with B.J. as they headed to the bash. "What's up, Snapchat?" he added. A source told Page Six that the pair, who dated more than 10 years ago, aren't dating again. "They're just good friends and they've often come to the VF dinner together," the source explained. Page Six notes that the two comedy stars, who have a "really complicated friendship," B.J. has said, also went to the Vanity Fair party together back in 2014 and 2017.

New parents Kylie Jenner and Travis Scott left 1-month-old daughter Stormi home as they enjoyed a date in Miami on March 4. The pair snuggled close as they took a boat to Seaspice in Miami for brunch on a private terrace, reports DailyMail.com. A source said that while friends who joined the reality star and the rapper imbibed champagne, Kylie stuck to sparkling water and "picked at a seafood tower, pizzerias and pasta during the meal," DailyMail.com wrote. (TMZ has a photo of Kylie on a boat holding an empty beer bottle, though it's unclear if she drank it.) It's unclear if Stormi, who was boron Feb. 1, was with them in Miami or stayed home in California. The outing comes a week after Kylie and Travis joined friends in Malibu for lunch where they also showed off Kylie's new "push present," a black Ferrari LaFerrari model with a plush red interior that's worth at least $1.4 million.

Since last fall, reports from multiple outlets have claimed that Khloe Kardashian is expecting a boy. But it turns out they're all wrong: On the March 4 season finale of "Keeping Up With the Kardashians," the pregnant reality star — who's now in her third trimester — revealed that she and Cleveland Cavaliers star Tristan Thompson are actually having a baby girl! Despite her initial shock — Khloe felt like she was having (and admitted she wanted) a boy at first, she made it clear she's ecstatic that she'll be having a daughter. "God gives us what we need! His timing is never wrong! my hormones were IN RARE FORM for that news," Khloe tweeted the same night. "I am now so excited my daughter will have forever best friends with [Kim Kardashian West's newborn daughter] Chicago and [Kylie Jenner's newborn daughter] Stormi!! God is great!!! Thank you Lord for our princess." Khloe also confessed she has not yet picked a baby name. "It's so hard!!! Lol I knew the name if I was having a boy. So now I really have to figure this out," she tweeted in response to a fan who asked about baby names, telling another who inquired about whether she'd choose a "K" name like she and all her sisters share, "I think a T but a K is an option as well. That's as far as I know."

Bradley Whitford is getting ready to walk down the aisle again. The "West Wing" alum confirmed that he and his former "Transparent" co-star Amy Landecker, who've been dating since 2015, are engaged. She's reportedly been wearing a diamond ring since January, but Bradley publicly called her his "fiancée" during an interview with Ryan Seacrest on E!'s Oscars red carpet pre-show, making their new status crystal clear. Bradley's rep also confirmed the engagement news to People magazine. "I knew Bradley for a year before we dated and I kind of thought that he seemed like a cocky actor boy and I wasn't really that interested," Amy told People in 2016. "Now I've learned that If I don't like someone at first, that's probably a sign that they're perfect for me because my taste is so bad… so I was like, 'Oh, see, here it is!' I didn't think and now I'm the happiest I've ever been." Bradley and "Malcolm In the Middle" star Jane Kaczmarek filed for divorce in 2009 after nearly 16 years of marriage. Amy reportedly split from husband Jackson Lynch, a journalist, in 2011 and went on to date comedy star Larry David for a time before starting her romance with Bradley. 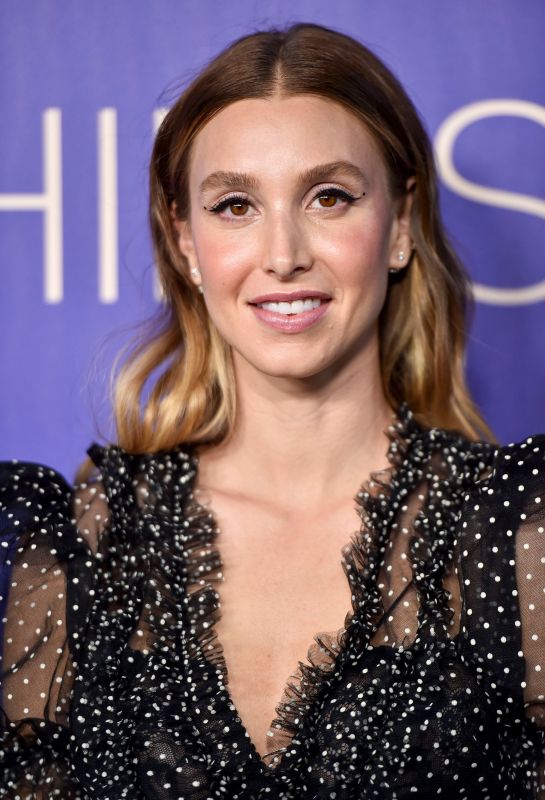