While some people might think that getting married on Valentine's Day is a bit cheesy, you'd be surprised by how many stars decided to tie the knot on Feb. 14! In celebration of the most romantic day of the year, Wonderwall.com rounded up all the celebs who got married on Cupid's favorite day, starting with… Mötley Crüe drummer Tommy Lee and Vine star Brittany Furlan, who exchanged vows on Feb. 14, 2019. The wedding came exactly a year after Tommy and the social media star got engaged. Now keep reading for more couples who married on the romantic day…

Salma Hayek and Francois-Henri Pinault initially tied the knot in a private civil ceremony in Paris on Valentine's Day in 2009. They then had a huge party for their family and friends in Italy on April 25, 2009.

Benedict Cumberbatch married the theater director, Sophie Hunter, who was pregnant with their first child at the time, in a small ceremony on Britain's Isle of Wight on Feb. 14, 2015. Benedict's "Imitation Game" co-star Keira Knightley and close friend Tom Hiddleston were on hand for the nuptials.

RELATED: All the couples and duos at the 2020 Grammy Awards

Elton John married Renate Blauel, a German recording engineer, at St. Mark's church in Sydney on Valentine's Day in 1984. The couple met in 1982 while making his "Too Low for Zero" album, but by 1988, they'd called it quits. In December 2014, Elton married for the second time. (He and longtime love David Furnish had previously entered into a civil partnership in the U.K. back in 2005.)

Tyrese secretly married Samantha Lee Gibson — a New Jersey native who earned a master's degree in social work from the University of Georgia — on Valentine's Day in 2017. The duo reportedly met after the star of the "Fast and Furious" franchise posted an open letter to his "wife of the future" back in 2015.

Victoria's Secret beauty Adriana Lima eloped in Jackson Hole, Wyoming, in 2009 with NBA star Marko Jaric, saying "I do" in a civil ceremony on Valentine's Day. How intimate and romantic! Sadly, the beautiful duo called it quits in 2014.

Though Keri Russell and Shane Deary seemed so in love when they tied the knot in New York on one of the most romantic days of the year, Valentine's Day 2007, the pair decided to part ways in 2013 after having two kids together.

Prince helped produce Mayte Garcia's 1995 album "Child of the Sun" and clearly, the duo connected on more than just music. They said their vows during a lavish, mystical church ceremony in Minneapolis on Valentine's Day 1996.

Roseanne Barr had already been married twice when she jumped into her third union, this time with bodyguard Ben Thomas. They tied the knot at a casino in Las Vegas on Valentine's Day in 1995. The couple, who had a son together, parted ways in 2002.

Actor Ron Perlman and jewelry designer Opal Stone tied the knot on Valentine's Day in 1981. After 38 years of marriage and two children together — Blake and Brandon — the couple called it quits. According to Ron's November 2019 divorce filing, they formally separated the previous May.

"Grey's Anatomy" alum Isaiah Washington and his wife, Jenisa, have been going strong for more than two decades. They tied the knot on Valentine's Day back in 1996 and now have three children.

Hush-hush! Oasis frontman Liam Gallagher and All Saints singer Nicole Appleton kept their Valentine's Day nuptials completely under wraps. They said their vows quietly in front of around a dozen guests at the Westminster Register Office in London in 2008. Their breakup was less low-key: The duo split in 2013 when Nicole found out that Liam had welcomed a secret love child after having an affair with an American journalist.

On Nov. 29, 1998, Lil' Wayne and Toya Wright welcomed baby girl Reginae Carter into the world. They waited until Valentine's Day 2004 to tie the knot. But it wasn't meant to be: Their marriage dissolved less than two years later, though they continued to amicably co-parent their daughter.

After a brief 2010 setback in their relationship, Natasha Henstridge wed Darius Campbell on Valentine's Day in 2011. They exchanged vows in front of her two sons from a previous relationship at San Ysidro Ranch in Santa Barbara, California. But it wasn't meant to be: She filed for divorce in mid-2013. 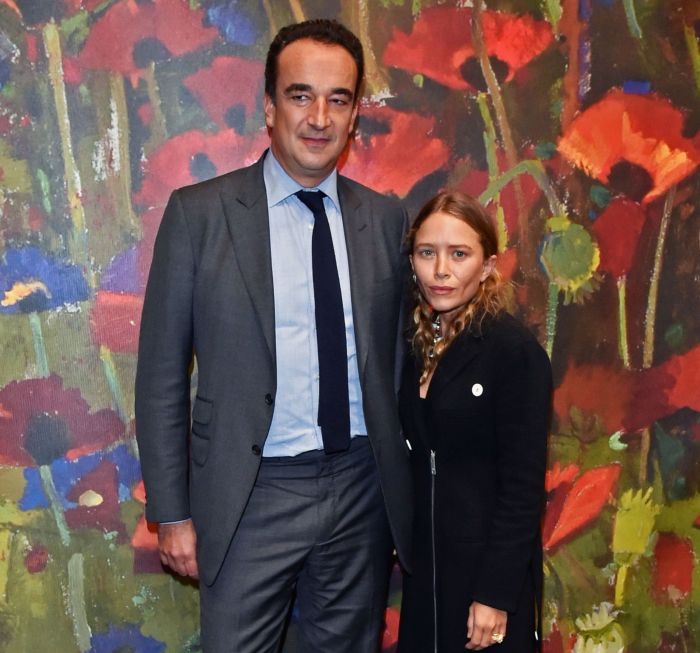