In her first week hosting "Megyn Kelly Today," NBC's Megyn Kelly faced a barrage of criticism from critics and even celebrities. Her second week has also gotten off to a troubling start, Page Six reported on Oct. 2. The FOX News defector's morning show, which airs during the 10 o'clock hour, was bumped so that "Today" hosts Matt Lauer and Savannah Guthrie could continue to anchor coverage of the mass shooting in Las Vegas. Page Six points out "it's a bad sign" that Megyn, who's known more for tackling hard news subjects than the lighter, fluffier fare her "Today" hour has so far featured, failed to appear during NBC's day-long coverage of the tragedy. "It's baffling why they didn't have Kelly participate in the coverage," a network veteran told Page Six. "They seem confused." The following morning on Oct. 3, Megyn's show returned with a town hall with veteran anchor Tom Brokaw and a panel of security and psychology experts who discussed the Vegas shooting in front of a live studio audience — but Megyn again made headlines for the wrong reasons after she talked over Tom and cut him off so she could head into a commercial break. See it on Jezebel here.

Prince Harry and Meghan Markle made it crystal clear that their relationship is the real deal when they stepped out for their first public appearance as a couple at Harry's beloved Invictus Games in Toronto last week. Harry doubled down further when he was photographed kissing his girlfriend of more than a year and spending time with her mom, Doria Radlan, in a private suite on the Games' closing night. Now comes a new report that says friends believe the pair are already secretly engaged. "I think it's already happened but they're holding the news back until she has finished on 'Suits,'" a pal told Us Weekly in a story published Oct. 3. "I've never seen them happier. It's amazing." Harry reportedly visited the actress on the Season 8 set of "Suits," which shoots in Toronto, before the Invictus Games kicked off. If they are keeping some happy news quiet, it wouldn't be the first time the royals have pulled it off: Prince William and Duchess Kate got engaged a month before announcing it publicly in November 2010.

It's over for Tyra Banks and Erik Asla. The model-turned-mogul and the Norwegian photographer have split after five years together, Page Six reported on Oct. 2. "It came drama-free and they're co-parenting their young son," a source close to the "America's Got Talent" host told the New York Post column. (The couple welcomed son York Banks Asla via surrogate in January 2016.) Erik has moved out of Tyra's Los Angeles home, the source said, adding that the exes remain friendly and are even still working together. "He is slated to shoot the photos for the opening credits of… the upcoming 'America's Next Top Model' [season]," the source explained.

She might be one of just a handful of actresses to earn the title of America's Sweetheart, but Julia Roberts has had a reputation for being a difficult star in Hollywood too. In a new interview, the Oscar winner is owning up to her rep. Looking back at her career, Julia told Harper's Bazaar U.K.'s November 2017 issue, on stands Oct. 6, "I was my priority, a selfish little brat running around making films," she said (via E! News). She claims all that changed after she hooked up with husband Danny Moder, whom she married 15 years ago, and became a mom. "It was meeting Danny… finding my person. When I think about what makes my life my life, and makes sense and just shine inside of me, it's him," she said. "Everything has come from that for me."

In the wake of the Oct. 1 massacre in Las Vegas during the Route 91 Harvest Festival — the worst mass shooting in U.S. history — two Hollywood red carpet movie premieres have been canceled out of respect for the victims, E! News reported. "On this day of national mourning, we have decided to cancel tonight's scheduled red carpet premiere of "Marshall." Instead, tonight's event will be a private screening of the film for the cast, filmmakers and invited guests," Open Road Films said in a statement on Oct. 2. "Marshall," a film about the first African-American Supreme Court justice, Thurgood Marshall, stars Chadwick Boseman, Kate Hudson and Josh Gad. Later that day, Warner Bros. canceled the Oct. 3 red carpet portion the premiere for "Blade Runner 2049" starring Harrison Ford and Ryan Gosling. Vegas's Caesars Palace also canceled performances of its shows, and The Blast reported that Cirque Du Soleil and Blue Man Group performances were also being temporarily canceled following the tragedy.

"This Is Us" star Chrissy Metz has the sweetest boyfriend ever. On Sept. 30, "This Is Us" camera grip Josh Stancil brought her to Beauty & Essex in Los Angeles for what she thought was an intimate dinner for two to celebrate her 37th birthday. But it was really a surprise dinner party. "Her boyfriend surprised her. All of her friends and family were there, and then she walked into the surprise," a source told Page Six. On Oct. 2, People reported that Chrissy, who's been seeing Josh for a year, was seen sipping Diet Pepsi and enjoying the restaurant's grilled cheese, smoked bacon and tomato soup dumplings and that her party also ordered the kale and apple salad and oven-braised chicken meatballs. The group "sang 'Happy Birthday' and brought out a cake," Page Six's source added. Turns out it was a popular b-day venue: later the same night, Ashlee Simpson celebrated her 33rd birthday there (with a Gucci-themed cake!) alongside guests including husband Evan Ross, sister-in-law Tracee Ellis Ross and sister Jessica Simpson, Page Six reported.

Many celebrities have spoken out to offer condolences to the survivors and the families of victims of the Route 91 Harvest Festival shooting massacre in Las Vegas on Oct. 1. Now several are putting their money where their mouth is. Stars including Kid Rock and Mike Tyson and bands Florida Georgia Line and The Chainsmokers have all donated $10,000 to the Las Vegas Victims' Fund, a GoFundMe page set up by Nevada's Clark County Commission Chair Steve Sisolak, TMZ reported on Oct. 2. Hoda Kotb added $1,000 to the fund, while the Oakland Raiders donated $50,000 and Los Angeles Rams star Andrew Whitworth gave $25,000. Ultimate Fighting Championship President Dana White, who lives in Vegas (UFC is base there too), said UFC will also be donating $1 million to victims of the tragedy. According to People, Taylor Swift sent multiple bouquets of flowers and plants to the Los Angeles Police Department's Foothill Community Police Station in Pacoima, California, after learning one of its off-duty female officers had been shot in the massacre (she is, thankfully, expected to recover). "Talk about a class act!" LAPD Intel Analyst Kimberlee Binder wrote on Instagram alongside a photo of one of the smaller floral arrangements. "Beautiful flowers can bring a smile to anyone's face. Much respect. 🌻💐🌹🌸🌺🌷."

Awkward? A little. But sweet too? You bet. On Oct. 2, Arnold Schwarzenegger took to Instagram to wish son Joseph Baena — whose mom is former family housekeeper Mildred Baena (she secretly gave birth in 1997 while Arnold was married to Maria Shriver — a fact that only came out in 2011 and led to Arnold and Maria's split) — a happy 20th birthday. "You're a fantastic son and a great training partner. You get stronger and smarter every year and I'm so proud of you. I love you," he wrote alongside a photo of himself and Joseph working out together. Five days earlier, Arnold posted a vintage photo of himself and son Christoper — whose mom is Maria — to mark Christopher's 20th birthday on Sept. 27. "You're a wonderful student, a hilarious and kind soul, and a fantastic son. I'm so proud of you, I love you, and I can't wait to see what's next," Arnold wrote. Arnold also went public with his birthday wishes for Joseph in 2016.

Justin Bieber has been living as "a semi-permanent resident" at a Beverly Hills hotel for the last year, Page Six reported on Oct. 2, because local residents have banded together to keep him from renting a mansion in the area. According to the New York Post column, the Biebs has "been trying to rent a house in Beverly Hills, offering up to $100,000 a month — but none of the homeowners in the exclusive area want him because of his reputation for trashing mansions." The oft-troubled pop star — who cancelled the remainder of his world tour in July to focus on his "soul and well-being," his longtime manager Scooter Braun said at the time — wants to rent a big estate, "but many of the owners of the big Beverly Hills properties, which are for rent, have clubbed together to agree that nobody should rent to Justin," a Hollywood real estate source explained. "You would think that they would want the cache of having him at their homes — and Justin is offering $100,000 a month for places that aren't anywhere near worth that. But he and his entourage have a reputation [for] trashing his rental homes and then being difficult where it comes to paying for the repairs."

First Nicky Hilton married James Rothschild. Now another of the Hilton heirs is getting hitched — and it's not Paris. On Oct. 2, Page Six reported that the famous sisters' little brother, Barron Hilton, is engaged to Tessa Gräfin von Walderdorff. He proposed by a pond in New York City's Central Park, Tessa revealed on Instagram on Sept. 26. "Better than a fairytale💫… engaged to my best friend, my soul mate, the love of my life. Forever and for always 🐣," she captioned a photo of them kissing by the water. According to Page Six, the pair will marry in 2018. Barron's parents, Rick and Kathy Hilton, are "delighted about the engagement, as are his sisters, Paris and Nicky," a source told the New York Post column. "They think Tessa is a great influence on Barron and she has calmed down his partying ways." Tessa, the column added, "is an actress, writer and currently an account services intern at creative agency Laird + Partners." 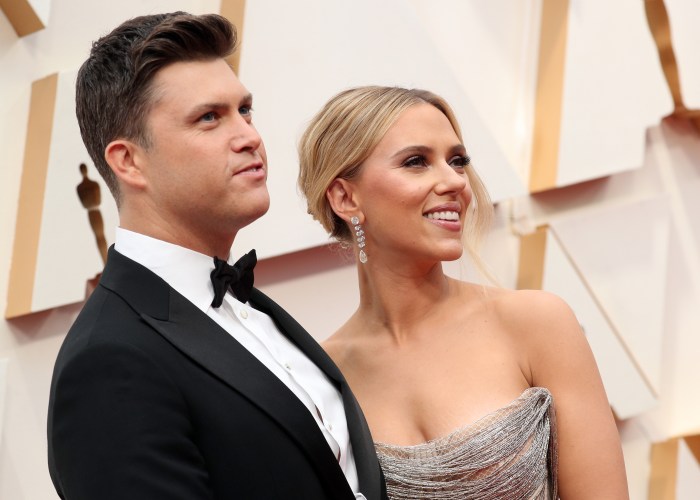