Kylie Jenner showed off her platinum locks on Snapchat on Sept. 5.

RELATED: See how the Kardashians and Jenners have changed their looks over the years

Kendall Jenner debuted her new 'do on Snapchat before stepping out at Tyler the Creator's fashion show in Los Angeles on June 11, 2016. She looks good with that long bob, no?

We are used to seeing Emilia Clarke rocking platinum blonde hair on "Game of Thrones," but she's actually a natural brunette. In September, the actress changed things up slightly by going for a bronde look — a mix of blonde and brunette — which was the perfect way to do something different but not in an extreme way.

Cara Delevinge showed off her shorter new 'do at Comic-Con on July 21, 2016. She had teased her Instagram followers earlier in the day that she was undergoing a major hair change.

Lin-Manuel Miranda ended his run in "Hamilton" on July 9, 2016 — and chopped of his signature long locks, which he'd grown out to play the role in the musical he created, immediately afterward. The 36-year-old Tony winner publicly debuted his freshly shorn new look at the show's afterparty hours later.

In October, Jenna Dewan-Tatum added some fringe to the bob she sported for most of 2016. Don't you wish you could pull of edgy bangs like this?

Within a month, though, Jenna Dewan-Tatum had grown out her edgy bangs into elegant side-swept bangs. The bangs and her longer cut framed her face perfectly.

Robert Pattinson debuted a new dark, almost-black haircolor and longer locks — after sporting a buzz cut at the 2016 Met Gala in May — when he hit the red carpet at the 10th Annual GO Campaign Gala on Nov. 5, 2016.

Robert Pattinson unveiled a questionable new look in France when he arrived at the Dior Homme presentation during Paris Men's Fashion Week Spring/Summer 2017 in Paris on June 25 wearing a close-cropped 'do with mini bangs.

Rose McGowan showed off her completely shaved hairstyle while out in New York on June 13, 2016. She first debuted the look in late 2015 and has maintained it all year long.

Miles Teller showed off his blond 'do at the ESPYS on July 13, 2016. But don't worry… this change is just for a movie role! Miles is currently filming "Granite Mountain," in which he plays Brendan McDonough, who is blond.

Zac Efron showed off is Zack Morris-esque hair at the premiere of "Mike And Dave Need Wedding Dates" on June 29, 2016. Zac called Zack, "My hero."

Miranda Kerr traded in her signature long, dark hair for a new chic light bob hairdo which she revealed at a press conference for Samantha Thavasa at Omotesando Gates Store in Tokyo, Japan on March 16, 2016.

Chrissy Teigen has made pregnancy quite fashionable with her trendy maternity style and also a fabulous new mom 'do.

We're used to seeing Rebel Wilson with blond locks, like at the 2016 Vanity Fair Oscar Party in Beverly Hills, California, on Feb. 28, 2016, but she surprised us with a drastic change the following month…

Rebel Wilson was on fire when she showed off her orange tresses while leaving a West Hollywood, California, salon on March 4, 2016. The best part was how proud she looked of the new bold 'do!

We still cannot believe how grown-up Michael Jackson's daughter, Paris Jackson, is these days, including when she made a big decision to change her look!

Meghan Trainor isn't always just about that bass, the former blond beauty debuted a new look around her face. Keep reading to check it out!

We've always loved Emma Watson for her all-natural vibes, so even when she made a subtle change in her look, we noticed…

A new 'do and a new dude! Shortly after reports surfaced that Emma Watson was dating a new guy, the "Harry Potter" alum showed off a banging new haircut at the premiere of "Colonia" in Berlin on Feb. 5, 2016.

A few months after Allison Williams got married in 2015, the "Girls" actress updated her look with a new 'do…

Zendaya often changes up her hair, and she started off January 2016 with a brand new look…

On Jan. 9, 2016, at the Art of Elysium Heaven Gala, Zendaya debuted a shorter wavy bob and bangs.

"The Real Housewives of New York City" star Bethenny Frankel has always been known for her dark tresses, but she opted for a change in 2016…

Bethenny Frankel flashed her fresh new hairdo on the streets of New York City on Jan. 26, 2016. The reality star shocked fans with her bright red locks.

Bella Thorne has always been known for her copper hair, but in early 2016, the 18-year-old decided she wanted a change. 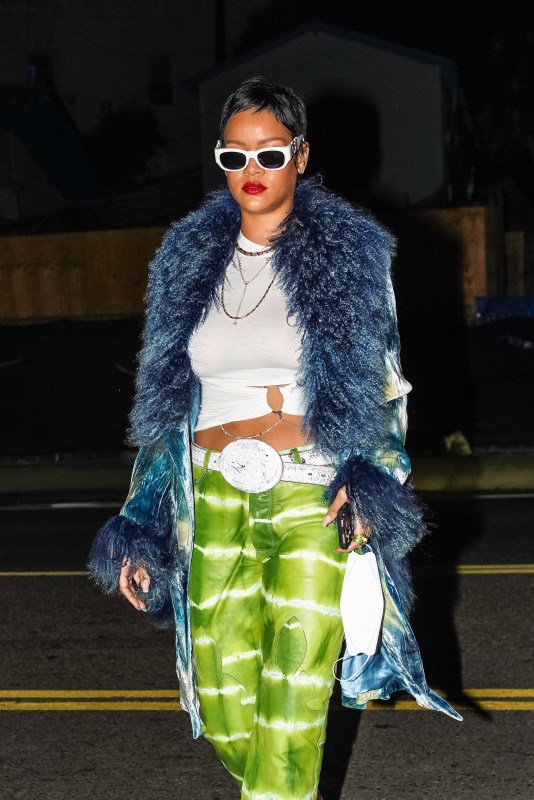