The New Year has already brought some new joy for multiple celebrities. At the age of 50, Janet Jackson welcomed a healthy baby boy with husband Wissam Al Mana on Jan. 3. They named him Eissa. "Janet had a stress-free, healthy delivery and is resting comfortably," her rep told E! News after the birth. Reports speculating on the meaning of the newborn's name reveal it has religious undertones. Janet's famous family took to social media to congratulate the singer. "How exciting!" LaToya Jackson tweeted. "Jan and Wissam just gave birth to a beautiful baby boy!!! Congratulations!!!" The new mom's nephew TJ Jackson tweeted, "Congrats Auntie @JanetJackson!!! So so happy for you & Wissam," adding, "Enjoy every minute with your greatest hit, Elissa [sic]. #parenthoodisthebest."

RELATED: How celebs rang in the New Year

"Dancing With The Stars" pros Maksim Chmerkovskiy and Peta Murgatroyd are proud parents of a baby boy. The happy father tweeted out the news, revealing that Shai Aleksander Chmerkovskiy was born on Jan. 4 at 5:34 a.m. The birth came about 12 hours after Maks' brother Val Chmerkovskiy said the birth was happening "very soon." In a statement, the couple shared, "This is, without a doubt, the best thing that has ever happened to us!"

The late Debbie Reynolds and Carrie Fisher were privately honored by family and friends on Jan. 5 during a memorial service at their Beverly Hills compound, where they were next-door neighbors. Attendees included Meryl Streep, Ellen Barkin, Gwyneth Paltrow, Courtney Love, Ed Begley Jr. and many more. Massive hauls of roses were seen being dropped off at the Los Angeles compound throughout the day. Some of Carrie's ashes will reportedly be buried in a casket alongside her mother's during a private service at Forest Lawn's Hollywood Hills cemetery on Jan. 6.

Jonathan Rhys Meyers and love Mara Lane secretly welcomed a baby boy several weeks ago, it was revealed on Jan. 4. The duo named their son Wolf Rhys Meyers. The child was reportedly born at the couple's home via a midwife. They kept the pregnancy under wraps for nearly nine full months, so it's no surprise that they kept the birth a secret for a few weeks.

This is terrible! Eva Amurri Martino revealed on her blog on Jan. 1 that her infant son suffered a fractured skull and bleeding on his brain as a result of a frightening accident when a night nurse dropped him on his head. Her baby, Major James, was only five weeks old at the time. She wrote that she and husband Kyle Martino awoke to the sound of Major's head hitting the floor. Thankfully, he was given "as excellent of a prognosis" as the couple could have hoped for and continues to make a full recovery. "The guilt I bore in the days and weeks after this accident was damaging," Eva wrote, adding the nurse no longer works for them. "I finally made peace with the fact that this freak accident could not have been avoided by me."

Naomi Campbell revealed during a Jan. 5 appearance on "The Wendy Williams Show" that she was attacked in Paris several years ago but chose to keep the incident hush hush. Her assailants, she said, "followed me from the airport. They attacked me. They opened my car door and said, 'Naomi Campbell, we're going to kill you.' I didn't make it so public, I didn't want it to be." The model said she felt something was amiss after she touched down and wasn't greeted by her usual driver. She was headed to designer Azzedine Alaïa's place and says "[My friends] came out and saved me, basically." Naomi added that she feels for Kim Kardashian West, who was robbed at gunpoint inside her Paris hotel apartment in October 2016: "I very much sympathize with [Kim] and I felt for her right away."

It's over between Nicki Minaj and Meek Mill after two years together. The writing had been on the wall for several months, but eyebrows were raised when the duo didn't spend New Year's Eve together, despite being in Miami at the same time. She confirmed the speculation on Twitter on Jan. 5. "To confirm, yes I am single," she wrote. "Focusing on my work & looking forward to sharing it with you guys really soon. Have a blessed New Year. Love u."

David Spade was able to walk away from a terrible car accident on Jan. 4. David's luxury Range Rover was totaled as he crossed an intersection in Los Angeles. "An oncoming car sped up to beat the yellow light and collided with [David's] Range Rover," TMZ reported. "His airbags deployed, his ride spun into another car and one of his rear tires went flying about 100 feet." David did get treated at the hospital, but he reportedly only had bumps and bruises. 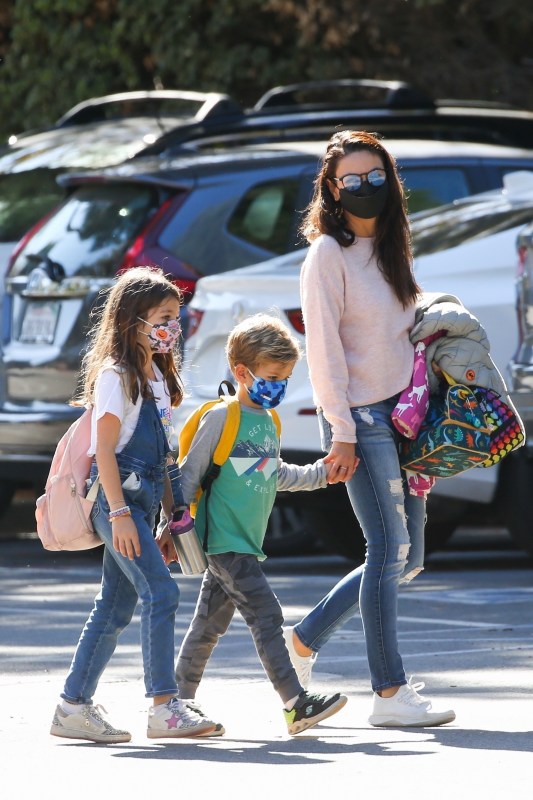