Another week, another batch of romance updates. It is with great sadness that we report that one of our favorite couples is ending their marriage! On Aug. 6, Anna Faris and Chris Pratt announced they they are legally separating after eight years of marriage. The pair released a joint statement explaining they "tried hard for a really long time" and were "disappointed," although they might not have been ready for the severe sadness displayed by their fans on social media after the news broke. The hashtag #LoveIsDead began circulating shortly after the couple's announcement. Sources told TMZ that Anna wanted a more "traditional" family setup, including more kids and more time spent together, while Chris was focused on taking advantage of career opportunities now that he's more in-demand than ever. He also reportedly didn't want to have more kids. The couple share a son, Jack. Our thoughts are with the family at this time. Keep reading for more romance updates for the week…

"The Bachelorette" star Rachel Lindsay has herself a fiance! After a fascinating season full of highs and lows and plenty of buzzy moments, the attorney from Dallas picked her man — Bryan Abasolo — in the season finale, which aired on Aug. 7. "She wants to do a winter wedding, and whatever she wants, she gets," Bryan said on "After the Final Rose." Added Lindsay: "We're not rushing anything. We just want to build our lives together in a normal sense." She stressed that for them, being "normal" means coming out of hiding as a couple now that the finale has aired. "We just want to grab coffee and go to the movies," she explained. Bryan, meanwhile said he wants to "show this woman off." The couple plans to live together, but they haven't decided between Dallas, Miami or Los Angeles. Congrats!

Jennifer Lawrence has finally opened up about her boyfriend of the last year, her "mother!" director, Darren Aronofsky. "We had energy. I had energy for him. I don't know how he felt about me," she says in a new cover story for Vogue that was released on Aug. 9. J.Law said they started dating after "mother!" wrapped and that "for the past year, I've been dealing with him as just a human." She described Darren — who's 22 years her senior — as "brilliant," an "amazing father" (to son Henry with ex Rachel Weisz) and wonderfully direct at work and at home. "I've been in relationships before where I am just confused. And I'm never confused with him," Jennifer explained. She also praised him for not constantly bragging about where he went to college. "I normally don't like Harvard people, because they can't go two minutes without mentioning that they went to Harvard," she said, adding, "He's not like that." One thing the reality TV-loving (and Oscar-winning) actress and the director do not have in common, however, is a shared love of "The Real Housewives" franchise. "He just finds it so vastly disappointing," she said before laughing, Vogue reported.

After what has been a wild year for the Jolie-Pitt family, things seem to be calming down. So much so that there's been speculation that a reconciliation might be on the horizon. "We're all trying our best to heal our family," Angelina told Vanity Fair earlier this summer, shortly after she bought a mansion in the Los Feliz neighborhood of Los Angeles near where Brad lives. In fact, one source tells Us Weekly, "the divorce is off," adding, "they haven't done anything to move it forward in several months and no one thinks they are ever going to." That insider points to Brad's focus on staying sober as proof he wants his family to see him in the best light. Fingers crossed that they can do what works best for their family!

Another one bites the dust for Amber Heard! The actress and tech titan Elon Musk have ended their year-long romance, The Mail on Sunday reported on Aug. 5. "It's all over between Amber and Elon and she's devastated. It was his decision. He ended it a week ago. He'd heard certain things about her behavior that didn't sit well with him," a source told the paper. Elon later confirmed the breakup news on social media, writing on Instagram, "Btw, just to clear up some of the press storm this weekend, although Amber and I did break up, we are still friends, remain close and love one another. Long distance relationship when both partners have intense work obligations are always difficult, but who knows what the future holds." Amber also shared her thoughts on Instagram, writing, "Although we have broken up, Elon and I care deeply for one another and remain close. Thank you for the continued support, respect, and privacy during these difficult, very human times." The romance between the two began after Amber's very messy, public divorce from Johnny Depp and the Tesla giant's second divorce from "Westworld" actress Talulah Riley.

Following a heartfelt blog post in which he came out as a bisexual man, news broke on Aug. 6 that Aaron Carter and girlfriend Madison Parker had split just days before his big reveal. "The split was very amicable. Aaron is continuing to focus on his personal self with regards to his truth, health and music," a source close to the couple told Us Weekly. On Aug. 9, Aaron told "The Bert Show" that his sexuality was a factor in the breakup. "I had discussed it with my ex-girlfriend, and she didn't really understand it. She didn't want [to]," he explained. "And that was it. So we left it mutual and parted ways." Madison, a freelance photographer, was in the car with the former child star in July when he was booked on DUI and marijuana possession charges in Georgia. She was charged with obstruction.

Looks like the original "America's Next Top Model" winner is finally getting that fairy-tale ending! Adrianne Curry, who has starred on a string of reality TV shows since her time on "ANTM," announced on Instagram that she and voice actor Matthew Rhode got engaged on Aug. 5. He popped the question with a huge diamond ring while on a trip to Kanab, Utah. Adrianne was previously married to "Brady Bunch" star Christopher Knight, whom she met while filming "The Surreal Life" on VH1. Their divorce was finalized in 2013.

That's a wrap for Kate Beckinsale and her much younger boyfriend, comedian Matt Rife, according to Us Weekly. After being spotted getting hot and heavy outside a nightclub in Los Angeles in June, a source told Us on Aug. 7 that the relationship had ended. "It fizzled out weeks ago. She's happily single and has a lot going on," the source explained.

Bachelor no more! Former "The Bachelor" star Juan Pablo Galavis is now somebody's husband. The Latin lover married Osmariel Villalobos in an intimate ceremony in Miami, Us Weekly reported on Aug. 7. "They both wanted to keep the wedding very, very secret," a source told Us. "All their friends and family knew they were going to tie the knot eventually, but it was a surprise to a lot of their family members!" The mag reports that the couple will have another, larger ceremony in Venezuela. The former soccer player and the beauty queen have been dating since the summer of 2016. Juan Pablo chose Nikki Ferrell on Season 18 of "The Bachelor" in 2014, but he never proposed and the couple split shortly after.

While her relationship with her daughter might be a mess, Tamra Judge does have SOME reason to celebrate. The star of "The Real Housewives of Orange County" renewed her vows with husband Eddie Judge on Aug. 8 in Aruba, according to E! News. "Aruba is simply beautiful. It meant everything for Eddie and I to be able to 'renew our I Do's' in such a picturesque setting, in the company of our family," Tamra said in a statement. "Cheers to a lifetime of love and adventure, from the One happy island!" The couple has been married for four years.

Congrats are in order for the daughter of "Little People, Big World" stars Amy and Matt Roloff. Molly Roloff, the couple's only daughter, married boyfriend Joel Silvius in a small ceremony on Aug. 5 at the family's farm in Oregon. "We feel blessed to have been able to celebrate our marriage surrounded by so many people we love," the couple told People magazine.

Looks like Adriana Lima is in LOVE. The longtime Victoria's Secret Angel lashed out on Instagram on Aug. 9 after a report surfaced in the Turkish press questioning her loyalty to her spiritual teacher boyfriend, Metin Hara, whom she started dating earlier this summer. Adriana confirmed that the man she was with in a photo published by a Turkish magazine is, in fact, just a friend. "For your knowledge the man next to me is my gay friend @mkastanis yes I said gay friend and part of my family," she explained. The model also gushed about Metin in her post, repeatedly calling him "my love." That's one way to shut down rumors! 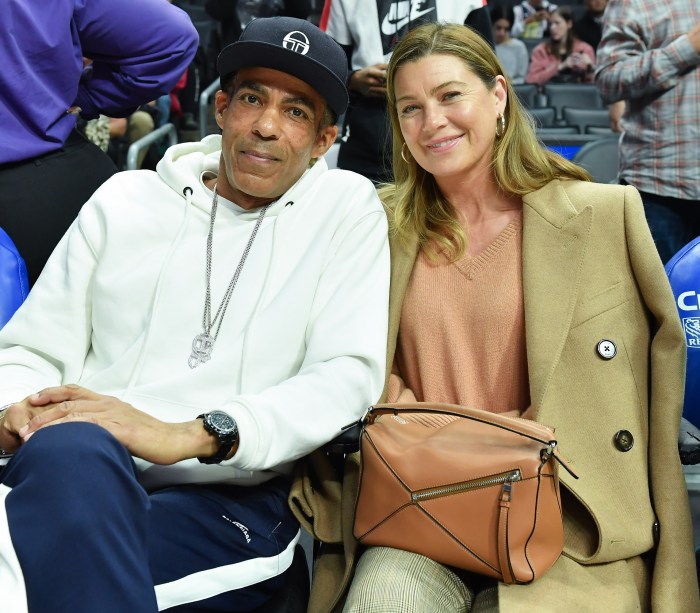 Up Next Romance News