The CMA Awards is coming up on it's 53rd year! In honor of the 2019 Country Music Association Awards on Nov. 13 in Nashville, Wonderwall.com is taking a look at some of our favorite couples from shows past. Let's start with one of our favorite married duos… Carrie Underwood — who's hosting the CMA Awards in 2019 along with Reba McEntire and Dolly Parton — was pregnant with her second child when she hit the CMA Awards red carpet with husband Mike Fisher, a retired pro hockey player, in 2018. Keep reading for more couples at CMA Awards past…

Country legends Trisha Yearwood and Garth Brooks looked chic as they arrived at the 2014 CMA Awards.

Long-time loves Tim McGraw and Faith Hill gave us major couple envy when they showed up at the 2004 CMA Awards looking this good. They've been married since 1996!

RELATED: The cutest couples of the 2018 CMA Awards

What a time! Exes Blake Shelton and Miranda Lambert were practically newlyweds when they attended the 46th Annual CMA Awards together in 2012. The couple divorced in 2015.

No matter how busy they get, Nicole Kidman and Keith Urban always make sure they show up for each other's big nights. The Aussie couple are seen here at the 42nd Annual CMA Awards in 2008.

LeAnn Rimes and first husband Dean Sheremet looked cute as could be as they arrived at the 41st Annual CMA Awards in 2007. They called it quits two years later in the wake of the country music star's cheating scandal with Eddie Cibrian.

Miranda Lambert and singer-songwriter boyfriend Anderson East hit the red carpet together at the 51st Annual CMA Awards in 2017. They split a little over a year later.

Country singer Jana Kramer was pregnant with her first child when she and her new husband, former NFL star Michael Caussin — who now host a podcast together — showed up on the 49th Annual CMA Awards red carpet. Less than a year later, they'd split in the wake of Mike's cheating scandal, though they reconciled in 2017.

Alan Jackson and wife Denise, who've been open about weathering his infidelity early in their long marriage, looked rock solid while attending the 40th Annual CMA Awards in 2006.

Trace Adkins and wife Rhonda Forlaw posed together at the 2005 CMA Awards show.

Oh, happier times! Shawn King and Larry King — who filed for divorce in 2019 — arrived at the 39th Annual CMA Awards in 2005 looking loved up.

Country music fan Dr. Phil McGraw and wife Robin looked happy to be at the 39th Annual CMA Awards in 2004.

Newlyweds Maren Morris and Ryan Hurd — who are both singer-songwriters — looked super-glam while arriving at the 2018 CMA Awards.

One of our favorite country music couples, Thomas Rhett and Lauren Akins, looked loved up at the 48th Annual CMA Awards in 2014.

Mega-talent Chris Stapleton and wife Morgane — who now have five kids together — attended the 49th Annual CMA Awards in 2015.

Katelyn Jae and Kane Brown had been married for just a month when they hit the red carpet at the 52nd Annual CMA Awards in 2018.

Cassidy Black and husband Dierks Bentley looked chic on the red carpet at the 2018 CMA Awards.

Hank Williams Jr. and wife Mary Jane looked pleased as punch while turning up at the 37th Annual CMA Awards in 2003.

Billy Dean and Stephanie Paisley were dressed to impress at the 37th Annual CMA Awards in 2003. 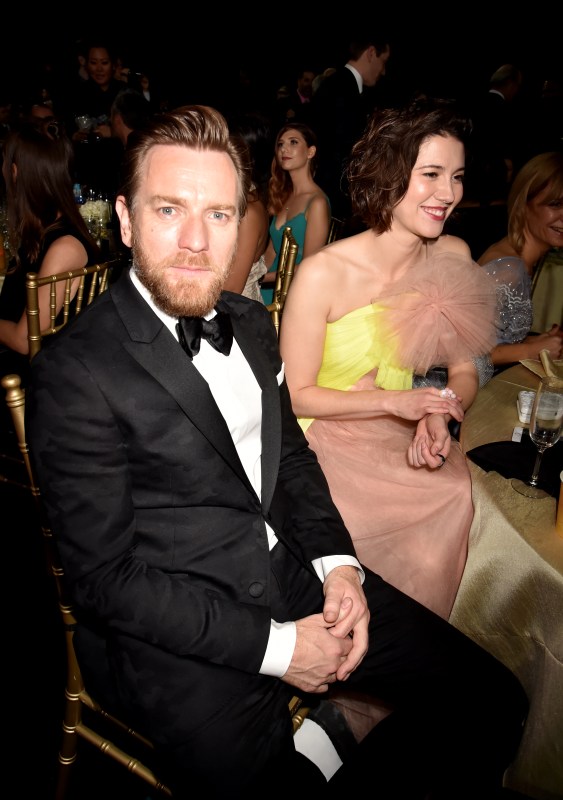