Another week, another batch of romance updates from Wonderwall.com! … Looks like Dakota Johnson is living her best life. According to an Oct. 12 report in People, the "Fifty Shades of Grey" star was spotted grabbing dinner with Coldplay frontman Chris Martin in Los Angeles on Oct. 10. According to a witness, the 28-year-old actress and the 40-year-old musician looked "cozy" and were "laughing and affectionate." Chris was most recently linked to British actress Annabelle Wallis and famously "consciously uncoupled" from Gwyneth Paltrow in 2014. Dakota split from rocker Matthew Hitt in 2016. But Chris isn't the only famous face to whom she's recently been linked. Keep reading to get the scoop on whom else the actress is allegedly hanging out with, plus get more romance updates for the week…

RELATED: 10 things you might not know (but should!) about 'Fifty Shades' star Dakota Johnson

Rumors are also swirling that former "Mad Men" star Jon Hamm and "Fifty Shades of Grey" actress Dakota Johnson are secretly dating. The New York Post reported on Oct. 10 that the two were spotted drinking wine at a New York City hotel last week after Jon hosted the Brooklyn Black Tie Ball. Dakota, 28, and Jon, 46, were said to be hanging out for over two hours. A source told Page Six, "They seemed to really be enjoying each other's company." This isn't the first time that the two have been rumored to be together. In April, they were both spotted at Elton John's birthday party. Jon previously dated filmmaker Jennifer Westfeldt for 18 years.

Global superstar Shakira and pro soccer player Gerard Piqué have been the subject of split rumors since Oct. 6, when Spanish gossip site Cotilleo published quotes from a source alleging the comely couple were through. "It's something serious and she has been the one who has finally made the decision." The site added that the parents of two were no longer living together and that Shakira "could no longer cope with the situation." But the singer's publicist denied breakup reports, telling HOLA! "Everything is the same." Gerard seemingly poured cold water on the reports when he later shared an Instagram Story video of himself visiting his longtime love while she rehearsed for her upcoming tour. Then on Oct. 12, Us Weekly published a photo of Shakira and her man packing on the PDA near their home in Barcelona on Oct. 10. So much for that!

It's a sad day for fans of Robert Pattinson and FKA Twigs. The couple, who have been dating since September 2014, have ended their romance and their engagement, according to a new report. On Oct. 11, The Sun claimed the two have been spending increasing amounts of time apart. "Rob is tired of it, has called off their engagement and told friends they have split," said a source. "With so much ­history between them, though, there are still strong feelings there. It's a difficult situation but things have become tough between them for some time and they both know they were no longer working as a couple." This comes after a few months of questionable situations involving the British pair. Sad to see this one end!

Whoa! Was Emma Roberts involved in the end of Rachel Bilson and Hayden Christensen's nearly decade-long relationship? According to an Oct. 10 report from The Blast, that just might be the case! The Blast reported that Rachel ended things after discovering text messages between Emma and Hayden — who just filmed "Little Italy" together — that she found very inappropriate. Following the drama, Rachel (seen here with Emma at a 2010 party) ran into Emma at Refinery29's Third Annual 29Rooms: Turn It Into Art event in New York City on Sept. 7. Rachel was said to be mortified and actively avoided Emma there.

Hilary Duff and ex Matthew Koma appear to be back on! On Oct. 6, E! News reported that the singer-actress and the music producer, who dated for a few months in early 2017, have reunited following a March breakup. Hilary posted photos on Instagram following her 30th birthday party and fans noticed that Matthew was in the background. He posted a photo of himself with Hilary on his own Instagram. A source told E!, "Since Matt got back from tour, they've been seeing each other again. Him being gone on tour was the main reason things didn't work out the first time around so now that he's back they picked up right where they left off." Hilary was last linked to energy consulting firm CEO Ely Sandvik this summer. Good luck this time around!

It looks like Bella Hadid is moving on nearly a year after splitting from The Weeknd! Us Weekly reported on Oct. 9 that Canadian rapper Drake might be the new man in her life. The supermodel celebrated her 21st birthday on Oct. 9 and Drake seemed to be in party-planning mode. "[Drake] planned it and paid for everything," a source told the mag of Bella's bash. To add some fire to this story, Bella's mother appeared on "Watch What Happens Live" and when host Andy Cohen asked Yolanda about Drake planning the party, she played coy, saying, "He did, really? I didn't know that? I don't… They're friends."

Looks like the king in the north isn't that great at proposals! On Oct. 6, the Evening Standard recounted a funny story that "Game of Thrones" star Kit Harington had just shared during an appearance on "The Jonathan Ross Show" about how he botched his original proposal to former co-star Rose Leslie. Kit explained, "I did have some plans to do it, I was going to string up some lights in some trees and do all the romantic stuff, but we were in the country and we were under this beautiful night sky and had a log fire burning and red wine and I blew my load early." He also revealed the whole "GoT" cast will be invited to their nuptials. "I rang [the producer] up and I said, 'I'm getting married and it's your fault actually,'" Kit said (since he and Rose met on the HBO show back in 2012). "[The cast] have all got to be there so the whole [production] has got to shut down," he added.

Looks like recently engaged couple Mandy Moore and Taylor Goldsmith want to keep their wedding small! The "This Is Us" star told Us Weekly on Oct. 8, "My job allows me to get dressed up and take pictures and be the center of attention in a way that makes me slightly uncomfortable. I've never dreamed of emulating that in my real life. So I think I'll probably take the opposite route when it comes to getting married." She continued, "I don't think I'm going to have a big-old affair. I think it will be small and quiet and private." Mandy also hinted that she and the musician are interested in adopting. "It's funny, because it is something the show obviously really taps into. It's something my guy and I have talked a lot about." Mandy and Taylor got engaged in September.

"Younger" star Dan Amboyer got married… and came out of the closet! In an Oct. 7 interview with People, the TV star announced that he is gay and married to his longtime love. "Being a young actor in the industry, I had a lot of people who strongly advised me to stay quiet," Dan said. "That was hard to live with. But I've never played a gay role before and I didn't want to be limited by some strange perception." Dan wed his boyfriend of 10 years, Eric Berger, in New York City (see pics here). "I think the more open actors can be, the less stigma there will be attached, which will be a positive thing moving forward," he added. Congrats to the gorgeous couple!

Looks like Justin Bieber has a new lady love! In fact, things seem to be so serious that Justin has been taking her to worship! For the second week in a row, the Canadian crooner brought model Paola Paulin to Hillsong Church services in Los Angeles on Oct. 4. Since canceling the remainder of his world tour back in July, Justin has been focusing on his faith. It's been reported that the "Purpose" singer and the one-time "Ballers" actress are keeping things casual. "Justin has been seeing Paola but is not exclusively dating her. He enjoys her company and hanging out with her, but he has not called her his girlfriend. He is still focusing on his health right now," a source told E! News. "He wants a girlfriend eventually, though, but he's taking his time figuring it out before he makes a commitment." We will see!

"Teen Mom 2" star Chelsea Houska and husband Cole DeBoer finally got their fairy tale wedding… on try No. 2! The couple, who got married last year, held off on a big wedding because Chelsea was pregnant with son Watson. According to E! News, the newlyweds had their closest friends and family attend a rustic ceremony on Oct. 7. Chelsea took to social media to post photos with the caption, "Yesterday was absolutely incredible. We got to celebrate our marriage with all the people we love and had a fricken BLAST. I love this man." Congrats!

Congrats to "Brooklyn Nine-Nine" actress Stephanie Beatriz and boyfriend Brad Hoss… the duo just got engaged! People exclusively reported the happy news on Oct. 9. "During [a] party, Brad pulled me aside [and proposed]. I'm thinking he's going to tell me how great the party is going, that we make a great team… the usual lovely supportive thoughts he shares with me and really everyone who knows him," she told the magazine. The couple headed to Disneyland afterward with friends to celebrate their engagement.

In the wake of Hollywood producing mogul Harvey Weinstein's sexual harassment and assault scandal, his wife, Marchesa designer Georgina Chapman, has left him after a decade of marriage. "My heart breaks for all the women who have suffered tremendous pain because of these unforgivable actions. I have chosen to leave my husband," she told People on Oct. 10. "Caring for my young children is my first priority and I ask the media for privacy at this time." 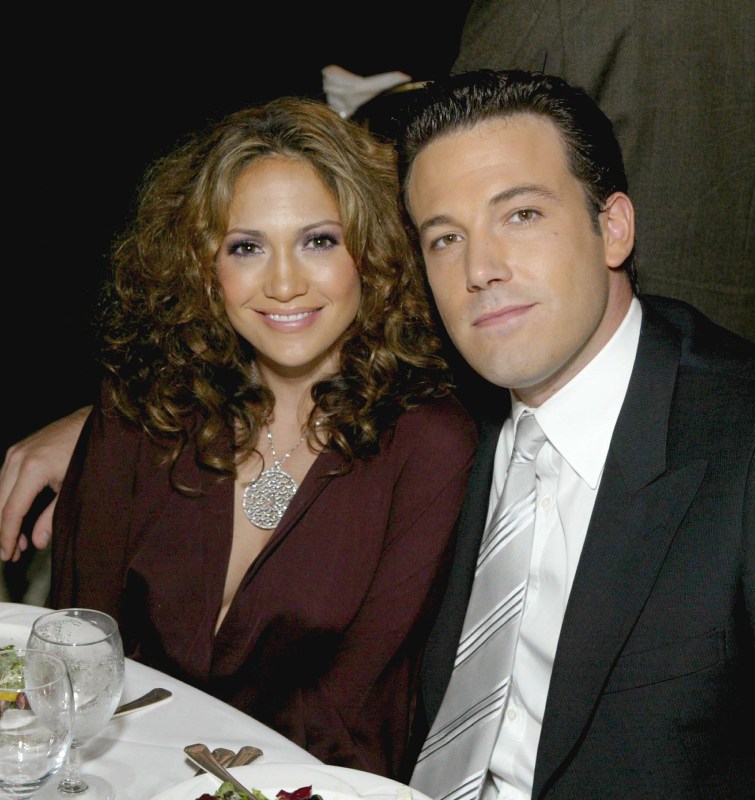