Home for Dwayne Johnson and his family? The Rock has lived on an estate in Southwest Ranches, Florida, which is between Miami and Ft. Lauderdale, since at least 2014. He previously lived in South Florida when he played football for the University of Miami as a young man. But he's not the only celebrity who calls the Sunshine State home. Keep reading to see more of Florida's most famous residents…

After Donald Trump left the White House in January 2021, he flew to South Florida where he, wife Melania Trump and their son, Barron, have taken up residence at Mar-a-Lago, his Palm Beach private home-turned-members club. More Trumps are expected to follow: ABC News reported in January 2021 that the president's eldest son, Donald Trump Jr., and his girlfriend, Kimberly Guilfoyle, are house-hunting in South Florida. They aren't the only ones…

In December 2020, Ivanka Trump and husband Jared Kushner purchased a $32 million plot of land on South Florida's exclusive Indian Creek Island, where they plan to build a home. For now, reported The Wall Street Journal, they're leasing a large condo in Arte, a new luxury building in Miami's Surfside neighborhood.

Wrestling superstar-turned-actor John Cena lives in a gated community in Land o' Lakes, Florida. He now shares his enormous home with wife Shay Shariatzadeh, whom he married in 2020 in the nearby city of Tampa, which is about 20 miles south of his compound.

Talk show host Jerry Springer has lived in Sarasota on Florida's west coast for decades. "It has been about 21 years now," he told the Tampa Bay Times in 2018. "It's just a very friendly place." Asked if the perception of Florida as "a weird place where weird, seedy things happen" has been his experience, he praised the state. "It also has a reputation of being an absolutely beautiful place. That's why it has such a large population. People want to come here. … I don't find weirdness unique to Florida at all," Jerry said. "It's beautiful, it's unique, it has more diversity than many other places. It is almost a little country in itself."

Jennifer Lopez and Alex Rodriguez own homes in New York and Los Angeles but seem to spend most of their time in Miami. In the early days of their romance, they lived at A-Rod's modern mansion there, but in 2020, they purchased a waterfront home on an acre of Miami's Star Island for $32.5 million.

John Travolta lives in a very unique Florida community: Jumbolair Aviation Estates in north central Florida near the city of Ocala. The neighborhood has its own private airport that's surrounded by homes — John, a pilot who has several planes including a Boeing 707, has his own taxiway that leads to the runway. His late wife, actress Kelly Preston, once told Architectural Digest that it was the "Grease" actor's "dream" to have planes in his yard, so he could "practically be able to pull up to the house — so that when you wanted to go to dinner, all you'd have to do was step out the door, get on the plane and whisk off." That's exactly what he can do. (See photos here.)

Tennis star Serena Williams owns houses all over the world, but her main residence is in Jupiter, Florida — not far from sister Venus Williams. In February 2021, she opened the doors to the stunning waterfront mansion she shares with husband Alexis Ohanian and their daughter, Olympia, to Architectural Digest, revealing all the incredible work Venus's V Starr interior design firm did to transform the property during a three-year renovation project. The one thing the home is missing? A tennis court — and that was intentional. "I wanted to separate home from work," Serena told AD. "I love being home. When you have our job, you never get time to relax. So it's good for me to be able to sit still and not do anything."

"Judge Judy" legend Judy Sheindlin has lived in Florida for at least part of the year since 1999. In 2015, she and her husband, Judge Jerry Sheindlin — who also own properties in New England and Beverly Hills — sold their 16th-floor Naples, Florida, penthouse condo on the state's Gulf Coast for $11 million and purchased a larger home — which has its own enclosed lagoon — down the road for $8.6 million.

Grammy-winning music power couple Gloria Estefan and Emilio Estefan live on Miami Beach's Star Island. They've owned multiple properties in the exclusive enclave — including a second estate they originally purchased for Emilio' mother, which they rented out after her death. In 2019, they listed it for $27.9 million.

Supermodel Gisele Bundchen has lived in Florida with NFL quarterback husband Tom Brady since 2020 — the year he signed with the Tampa Bay Buccaneers. The couple first rented pal Derek Jeter's $29 million mansion in Tampa's wealthy Davis Islands enclave and later in the year paid $17 million for a home on Indian Creek Island near Miami Beach, which is about a three-hour drive away from the Raymond James Stadium where Tom plays.

Rod Stewart and wife Penny Lancaster have homes in Beverly Hills and his native Britain, but in 2015, the "Do Ya Think I'm Sexy?" singer told the Miami Herald that he prefers his mansion on ritzy South Ocean Boulevard in Palm Beach County, Florida, calling it "my favorite place to be."

Conservative radio host Rush Limbaugh lived in the Sunshine State in the '90s then moved to New York. He then, however, moved back to Palm Beach, Florida — where he broadcasts his show — in 2010. His sprawling compound includes two oceanfront acres.

In 2013, Christian Slater married Brittany Lopez at a courthouse just outside Miami. They'd met in 2009 at a resort in the Florida Keys — she was working at a Miami-based auction house at the time. They bought a home in Miami's Coconut Grove neighborhood the same year they wed and ever since have reportedly split their time between Florida and New York City.

Sports Illustrated Swimsuit Issue legend Elle Macpherson has called Miami home since 2014. The Australian model — who these days is more focused on her businesses including WelleCo, a range of alkaline, plant-based supplements — once told Ocean Drive magazine, "There is nothing more beautiful than watching Miami wake up, and seeing the pink and purple skies and the blue sea." In 2018, she purchased a mansion in the Miami suburb of Coral Gables for $8.1 million.

One reason Anna Kournikova and Enrique Iglesias have managed to keep details about their long romance — and Anna's pregnancies — under the radar? They live a very private life in Miami with their three kids — twins Lucy and Nicholas and daughter Mary, who was born in 2020.

Genesis drummer Phil Collins has lived in Miami for years. However, the Englishman is not exactly a fan of South Florida. "I don't like Miami particularly," he told Britain's Sunday Times in 2016. "I live here because the children are here and I go wherever they go." Phil has two sons with ex-wife Orianne Cevey, a jewelry designer. In 2020, he evicted her from his $40 million Miami Beach mansion after learning she'd left him and quietly married another man in Las Vegas. 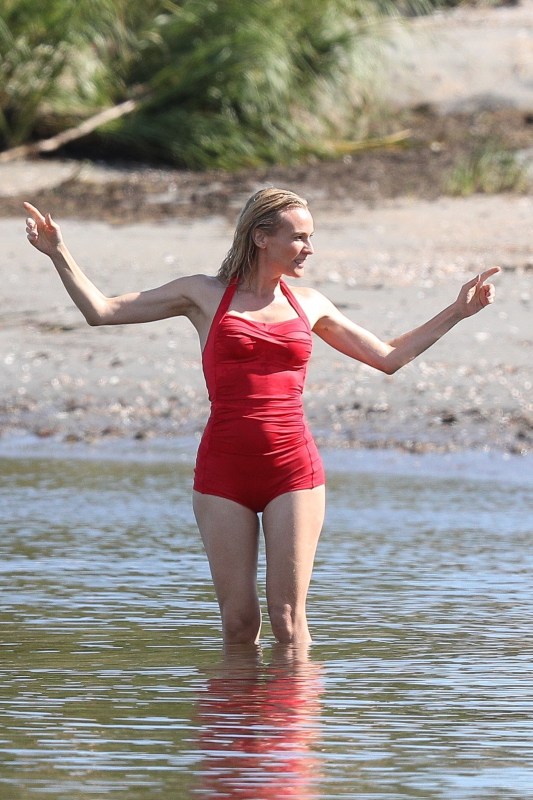