Dr. Dre was rushed by ambulance to Cedars-Sinai Medical Center in Los Angeles on Jan. 4 after suffering a brain aneurysm. After news of his hospitalization came out, the hip-hop mogul posted an encouraging message on Instagram. "Thanks to my family, friends and fans for their interest and well wishes. I'm doing great and getting excellent care from my medical team," he wrote. "I will be out of the hospital and back home soon. Shout out to all the great medical professionals at Cedars. One Love!!" While this was going on, people attempted to break into his home, knowing he was in the ICU. Police later arrested four individuals. On Jan. 15, Dre was released from the hospital. Ever the working man, he was back in the studio the next day.

Lil Wayne is in the clear. In Donald Trump's final hours in the Oval Office, he issued a presidential pardon to the five-time Grammy winner. In November 2020, Wayne was charged with one count of possession of a firearm and ammunition by a convicted felon. The charge stems from an incident in December 2019 at Miami-Opa Locka Executive Airport in which federal agents searched a private plane and found a gold-plated handgun in Wayne's luggage. He faced up to 10 years in prison if he was convicted. Wayne, a Trump supporter, tweeted, "I want to thank President Trump for recognizing that I have so much more to give to my family, my art, and my community." Trump also pardoned rapper Kodak Black. "Tiger King" star Joe Exotic wasn't so lucky.

Armie Hammer's name was trending on social media early in the month after private social media direct messages attributed to him were leaked. In one, he allegedly described himself as a "cannibal." As the days went on, more women who claimed to have dated him and had sexual relationships with him in recent months came forward with bizarre accusations. One said he told her he wanted to break her rib so he could "barbecue and eat it," while another alleged that the actor told her wanted to cut off one of her toes and keep it in his pocket. He also allegedly carved an "A" into one paramour's body. The fallout prompted the actor, who announced his split from wife Elizabeth Chambers in July, to pull out of a film he was set to film opposite Jennifer Lopez. "I'm not responding to these b******* claims but in light of the vicious and spurious online attacks against me, I cannot in good conscience now leave my children for 4 months to shoot a film in the Dominican Republic," he said. After that, it was discovered that he had a secret Instagram account in which he claimed to have had a relationship with "Ms. Cayman," even posting a racy video of a lingerie-clad woman on all fours on a hotel room bed. The Miss Cayman Islands organization issued a public statement making it clear that the woman in the video has no affiliation to the pageant. Armie later confirmed the video and account was his and apologized.

Harry Styles and Olivia Wilde are an item. On Jan. 4, TMZ reported that the "Watermelon Sugar" singer attended the wedding of his manager, Jeffrey Azoff, the previous weekend in Montecito, California, and brought Olivia — who split from longtime fiancé jason Sudeikis in 2020 — as his date. Later, photos were published showing the two holding hands. Olivia is currently directing Harry in the upcoming movie "Don't Worry Darling." A source told "Entertainment Tonight," "Olivia and Harry are together for long days on set and have gotten to know each other really well, so it's all very organic."

Dustin Diamond has cancer. On Jan. 11, multiple reports revealed that the "Saved By The Bell" star had been hospitalized after feeling uneasy and experiencing pain all over his body. He also discovered a lump in his throat. On Jan. 14, TMZ reported that Dustin's cancer fears were confirmed and days later, the webloid identified it as stage 4 small cell carcinoma, more commonly known as advanced lung cancer, which started somewhere else in his body and metastasized in his lungs. His rep later confirmed to Entertainment Weekly that Dustin, who famously played Screech, had already started chemotherapy. Afterward, several of his former "Saved By The Bell" castmates publicly shared that they were thinking of him.

Larry King was moved out of the intensive care unit of a Los Angeles hospital on Jan. 4 as he battled complications of COVID-19. But nearly three weeks later, the broadcasting legend was dead at 87. Hollywood mourned the radio and TV host on social media, with everyone from Oprah Winfrey, Celine Dion and Jerry Seinfeld to former President Clinton, Barbra Streisand, Reese Witherspoon and more paying tribute.

After days of dropping hints, on Jan. 23, singer and social media star JoJo Siwa confirmed that she's a member of the LGBTQ+ community. "I have never, ever, ever been this happy before and it feels really awesome," she told fans in a lengthy Instagram Live video posted one day after she tweeted a photo of herself wearing a T-shirt that read "Best. Gay. Cousin. Ever." alongside the caption, "My cousin got me a new shirt." The "Dance Moms" alum, who also recently had shared a TikTok video of herself singing along to Lady Gaga's LGBTQ anthem "Born This Way," told fans she wasn't ready to choose a specific label for herself "because I don't really know this answer." She added that her parents have known she's not straight and are supportive. "Around two years ago, [my mom] was like, 'I don't think you only like boys, that's totally OK.' … My family is awesome."

Kim Kardashian West and Kanye West are still married on paper, but their relationship is essentially over, multiple reports confirmed this month. On Jan. 5 the New York Post reported that Kim had hired a divorce attorney and was "done." Other reports claimed the couple was in counseling, but noted that divorce was on the table. TMZ wrote that the marriage has been in "deep trouble" and that Kim was on the verge of ending it last summer. A source told People magazine that Kim was preparing to file. "He knows that she's done. She has had enough, and she told him that she wants some space to figure out her future," the source explained. "He's OK. He's sad, but OK. He knows the inevitable will happen, and he knows that it's coming soon." On Jan. 18, People reported that Kimye had "completely" stopped counseling sessions and noted that Kanye was also set to meet with divorce attorneys.

It's a new day in America. On Jan. 20, Joe Biden took over as president of the United States. Due to the coronavirus pandemic, his inauguration was far different than previous swearing-in ceremonies. The fanfare wasn't quite there, nor was the outgoing president. But it didn't lack star power, as Lady Gaga, Jennifer Lopez and Garth Brooks all performed in front of the Capitol during the midday event. Later in the day, a virtual parade hosted by Tom Hanks took place. Performers included Demi Lovato, Justin Timberlake, Tim McGraw, John Legend and more. Katy Perry closed out inauguration day as a spectacular firework show exploded over Washington, D.C. Naturally, she sang her hit "Firework." Much of Hollywood, who's been friendly with Biden over the years, was ecstatic during the inauguration. Andy Cohen tweeted that he was "in tears." Kerry Washington wrote on Twitter, "TODAY I want to celebrate."

Another "The Bachelorette" breakup is on the books. On Jan. 19, Dale Moss confirmed reports that he and Clare Crawley have split. "We appreciate the love and support we've received from so many people, but this is the healthiest decision for both of us at this time," he said on Instagram. The couple had one of the franchise's fastest on-screen romances ever: They got engaged less than two weeks after meeting last summer, leading Clare to exit the series so another woman could take over as the lead. Clare saw the split differently. In a Jan. 21 Instagram message, Clare said she was "made aware of a 'mutual' statement at the same time you all were," but has "needed some time to really digest this." She added, "Speaking for myself, my intentions with this relationship have always been very clear, so the truth is I am crushed." A source told Page Six they had disagreements about children and where to live. After the split news broke, there was unconfirmed speculation that Dale was unfaithful, which he denies.

In what will be one of the more bizarre stories of the year, on Jan. 3, it was reported that former Bond girl Tanya Roberts had died. That news came via her publicist, who said he got the information directly from Tanya's partner, Lance O'Brien. However, later that day, it was reported that the "Charlie's Angels" and "That '70s Show" actress actually hadn't died and was still in the hospital clinging to life. In truth, she ended up passing away on Jan. 4. Doctors said she died from a urinary tract infection that developed into sepsis. The sad news was somewhat overshadowed by the life-and-death mixup from the day before. So how did the confusion happen? According to Tanya's domestic partner, Lance, he said he was with the actress when her eyes rolled into the the back of her head and she passed out. He believed she'd died. He then called Tanya's publicist, telling him, "I said goodbye." According to the rep, Lance also said, "She died in my arms."

For the first time ever, an American president has been impeached twice. The process was swift. On Jan. 13, 2021, the House of Representatives voted to impeach Donald J. Trump for "incitement of insurrection," something that was widely expected following the Capitol riots a week earlier. On Jan. 6, a mob overtook the Capitol building in Washington, D.C. Like the vast majority of Americans, Hollywood reacted in horror at the breach, which occurred immediately after a pro-Trump rally nearby. The rioters — many of them wearing his MAGA paraphernalia — broke windows, stole and destroyed property and trashed offices. Many people, celebrities included, slammed the law enforcement reaction, claiming things would have been different if the mob was supporting Black Lives Matter. "Just think of the carnage had they not been white. … So many people enabled this," Chris Evans tweeted. Meghan McCain tweeted, "Lock. Them. Up." She later added, "This is domestic terrorism. Stop calling it protesting." Ashton Kutcher said, "Support the peaceful transition of power!!!!!!!! That's being a patriot!" 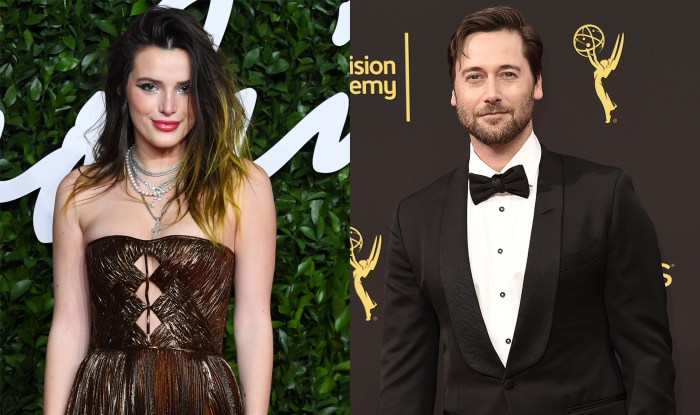