What will Meghan Markle wear when she walks down the aisle to become the newest member of the royal family next spring? That's what royal watchers are already asking in the wake of of Meghan and Prince Harry's engagement news. People did a little digging and reminded us that the "Suits" alum spoke to Glamour last year about her take on wedding gown options after her character wore one in her show's season finale. "Delphine Manivet and Christos Costarellos are faves of mine for their uniqueness and beauty. And I will always be a fan of Ellie Saab. J. Mendel is spectacular as well, especially for more structural designs," she said. "Classic and simple is the name of the game, perhaps with a modern twist. I personally prefer wedding dresses that are whimsical or subtly romantic," the actress added. Meghan also revealed her favorite celebrity wedding dress, telling the magazine the Narciso Rodriguez dress Carolyn Bessette Kennedy wore when she married John F. Kennedy, Jr., was basically everything she ever wanted in a gown. "Everything goals," Meghan said.

Meghan Markle is expected to move in with Prince Harry immediately

With Prince Harry and Meghan Markle's plan to marry in the spring confirmed by the royal family, the couple is reportedly ready to give up the constant travel their relationship has required and be together, full-time. "There are are no plans for them to live separately," a source tells Us Weekly. "Meghan will move right in." Among the well wishers who took to social media to congratulate the pair on Monday, Nov. 27, were Harry's brother, Prince William, and his sister-in-law, Duchess Kate. In a statement, William and Kate said they were "very excited for Harry and Meghan," adding, "It has been wonderful getting to know Meghan and to see how happy she and Harry are together." The newly engaged couple appeared at Kensington Palace together after the news was announced to pose for photos and show off Meghan's ring. According to NBC, Harry designed the bauble, which includes a diamond from Botswana surrounded by stones including two that belonged to the prince's mother, Princess Diana.

Kris Jenner drops baby hints: 'It's like a faucet that we can't turn off'

Kris Jenner's never been one to miss out on a chance to fuel public curiosity about her family and rumors of her daughters' pregnancies seem to be fair game. In a clip from this past Sunday's edition of "Keeping Up With the Kardshians," the matriarch appears to serve up a teaser about her impending grandmotherhood. As the girls announce what they're thankful for at the dinner table, Kim Kardashian West, who's expecting a baby with Kanye West via a surrogate, says, "I don't know if I'm thankful for the calm before the storm next year with the new baby, and I'm thankful that we have family here" (via E! News). Khloe adds that she's "thankful for having so many generations here," while Kylie dishes on why she loves Kris so much. Kris' reply? "I used to pray that one of you guys would have a baby and now it's like a faucet that we turned on and won't turn off," she says. "The fact hat I have all these grandchildren, it's been the most amazing journey to watch your kids because it's truly the meaning of just life." Khloe is rumored to be expecting a baby with Tristan Thompson around the same time her younger sister Kylie is reportedly due to welcome a child with Travis Scott.

Ashley Olsen steps out with a new mystery man

Moving on? Ashley Olsen was spotted getting coffee at Brentwood Country Mart in Los Angeles over the weekend with a cute male friend, sparking some to ask if the designer has someone new in her life. Although the two didn't hold hands as they walked out of the shop towards a car together, People surmised the hang could have been a "day date." Ashley, 31, split from 58-year-old Richard Sachs in March. According to the mag, she hasn't been seen spending time with any possible new romantic interests since.

Are Nicole Kidman and Keith Urban moving to NYC?

It's hard to imagine Keith Urban leaving Nashville but a report from the Australian tab Woman's Day claims he's considering buying Nicole Kidman a $39 million, six-story townhouse in New York City's Upper East Side neighborhood. With Nicole's turn in the play "Photograph 21" in London having come to a close, the magazine reports the actress has her sights set on Broadway. Given the track record for (actual) fake news Woman's Day has earned and the fact that Keith's three 2017 American Music Award honors suggest something of a country music darling these days, we suggest taking the move news with a good, old-fashioned grain of salt.

Mariah Carey is still recovering from the upper respiratory infection that forced her to cancel her scheduled opening tour dates. According to an Instagram post (via Vulture), Mimi won't make it to the shows she planned to perform Nov. 27 through Dec. 1. "Like most, I'm thankful for my overall health … for which I need a bit more time to get right," she announced after Thanksgiving. "Doctors have ordered a few extra days of rest before I can finally fly to New York and take the stage for my Christmas Tour. While this news disappoints me to share, I am grateful to be on the mend and for the support from all of you – it means the world to me! See you from the stage soon darlings!" The singer is slated to appear in New York City on Dec. 2 to kick off the holiday shows instead.

After JAY-Z announced he was canceling his scheduled show in Fresno, California, on Nov. 1, questions about ticket sales surfaced, with some suggesting he may not have been able to draw the kind of crowd he expected. Over the weekend, however, he cut a second tour stop and explained that the issue had to do with production challenges. "Due to the scale of this production, we cannot get the screens up on time into the building in Nebraska," he said in a statement posted on RapRadars Instagram. "This tour is too important to me to do it halfway," the statement continued. "I have to cancel the show. Same with Fresno I respect you guys too much to take the money and run. Peace, Hov."

Drew Barrymore was feelin' the love over the holiday weekend and most of it was coming from her daughters, Olive and Frankie. "The love of my life. Olive. Sunday. Thanksgiving weekend," she wrote on Instagram alongside a photo of her with her 5-year-old little girl. "I hope everyone had a safe and happy holiday. This is a very special time. And may it bring out the best in all of us. And all the spirit of family and loved ones. I never knew I could love so much. I never knew I would be so lucky one day to be a mom. Thank you to all our many blessings for our family. And we wish them right back to yours." She also shared a post about Frankie, whom she called "the other love of my life." The Frankie post showed the 3-year-old with her sister on a merry-go-round. "Side by side, holding hands. Best moments," Drew wrote. "I wish I could freeze them in time. To the old sounds of the carousel. Going round and round. These holidays can make me so nostalgic and just a big pile of mush!"

A new round of split rumors is circulating around Larry King and his wife, Shawn King, after she reportedly canceled her planned trip to New York City with him due to a sinus infection. Insiders reportedly told the New York Post they weren't sure there was any truth to her illness, which prevented her from joining Larry at a dinner in the Big Apple that was intended to be a celebration of his 84th birthday. Larry, however, told the Post Shawn joined him in Los Angeles for a larger birthday get-together involving multiple relatives.

Susan Sarandon slams Hillary Clinton and Barack Obama, says we would be at war if Hillary had won the election

Susan Sarandon isn't done bad-mouthing Hillary Clinton. The actress was among Bernie Sanders' most vocal celebrity supporters and has said she voted for Jill Stein when Bernie lost in the primaries. In a new interview with The Guardian, she says things would be bad if Hillary Clinton had taken office. She takes aim at Barack Obama as well, suggesting his misdeeds flew under the radar when he was president. "I did think she was very, very dangerous. We would still be fracking, we would be at war [if she was president]. It wouldn't be much smoother. Look what happened under Obama that we didn't notice," she says (via HuffPo). She goes on to explain why she voted for a Green Party candidate. "Well, I knew that New York was going to go [for Hillary]," she says. "It was probably the easiest place to vote for Stein. Bringing attention to working-class issues is not a luxury. People are really hurting; that's how this guy got in. What we should be discussing is not the election, but how we got to the point where Trump was the answer." 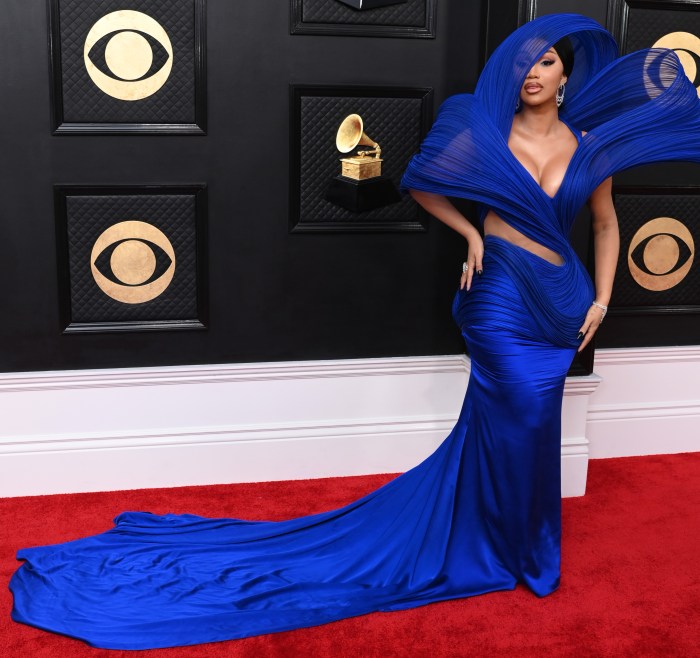