Olivia Newton-John announced on May 30 that she has been diagnosed with breast cancer for a second time. Because of her condition, she's postponing her current tour in the United States and Canada. A statement on her Facebook page said, "The back pain that initially caused her to postpone the first half of her concert tour has turned out to be breast cancer that has metastasized to the sacrum." The "Grease" actress will complete wellness therapies and "a short course of photon radiation therapy," the statement added. Olivia first battled breast cancer in the '90s.

"Disgusting," "appalled," and "completely inappropriate." And those were just the words used by Kathy Griffin's friend Anderson Cooper when it came to her disturbing photo shoot this week in which she feigns beheading President Donald Trump. On May 30, photos taken by controversial photographer Tyler Shields were released showing Kathy holding the fake, bloodied, decapitated head of the president. Almost immediately, she was condemned for the photo. People spoke about boycotting her comedy tour and at least one company has dropped her from an upcoming campaign. As the fervor built, Kathy apologized. "I'm a comic. I cross the line. I move the line, then I cross it. I went way too far," she said. "The image is too disturbing. I understand how it offends people. It wasn't funny. I get it. I've made a lot of mistakes in my career, I will continue." Trump, for the record, called it "sick," and it's hard to argue with him. CNN, which has employed Kathy for its New Year's Eve coverage, fired her because of the photo. Several venues have also canceled her comedy shows. And, as expected, the Secret Service is now investigating the circumstances of the shoot. On June 2, Kathy appeared at a press conference with her lawyer and said Trump and his family had been bullying her and she was getting death threats. "He broke me," she said of the President, adding that she's dealt with "white guys trying to hold me down before." Despite her apology, which she says she means, she said she will continue to put Donald in her comic crosshairs and make jokes about him.

Is Rob Kardashian finally moving on from Blac Chyna? On May 31, several media outlets reported that he's been quietly dating fellow reality TV star Mehgan James. Us Weekly's source said, "It's fairly new." In Touch quoted a source who said they've been together for three months. In Touch also reported that the Kardashian family isn't happy about Rob's choice for a mate (sound familiar?). "Most of the Kardashians are very upset about it because Mehgan is known for being out of control and volatile," the source said. However, a few days after the reports surfaced, Rob denied the romance, tweeting, "Wait reading online about some chick I'm dating Megan something. Not true never even met her or heard of her before."

It's a girl for Serena Williams! At least that what her sister hinted on May 31. While being interviewed following a match at the French Open, Venus Williams was asked about her sister's pregnancy and, in particular, what the baby will call her. "She's going to call me 'favorite aunt,'" Venus said. "We're all like, 'Baby V, baby Lyn, baby Isha.' We all want the baby to be named after us." Did you catch that? "She." Venus may have just spilled the beans. However, the next day, Serena said even she doesn't know the gender of the baby, so Venus doesn't know either.

Maggie Grace, the star of "Taken," has a new role: wife. The actress tied the knot with her fiance, Brent Bushnell, in La Jolla, California, on May 28. It was reported earlier this year that the two had gotten engaged, although they never confirmed the news. The details of the wedding — i.e., what she wore — are still being kept under wraps.

Earlier in the week, the Kardashian family was said to be angry with Scott Disick because of the parade of women he was seen cavorting with in Cannes, France, in late May — in fact, it was reported that he was "dead" to them. Now, though, that anger could be replaced by concern. "Kourtney [Kardashian] is worried for Scott, as are Scott's friends and the whole Kardashian family. They are really worried for him," a source told Us Weekly. "They aren't angry, just concerned, because he's clearly going through something." Since touching down in Cannes, Scott has been seen with upwards of eight different women, including Bella Thorne, Sofia Richie and Chantel Jeffries — plus his ex, Chloe Bartoli and model Maggie Petrova, among others.

Brandy Norwood was removed from an airplane on June 2 after she fell unconscious before departure. Paramedics rushed to help her, treating her on the jetway before taking her to a nearby hospital.

Jim Carrey might have to answer to a judge over his alleged role in the suicide of ex-girlfriend Cathriona White. On June 1, it was reported that a judge refused to dismiss two wrongful death lawsuits filed against the actor — one by Cathriona's mother, and the other by her estranged husband. Cathriona was found dead in September 2015 after she intentionally overdosed on prescription painkillers. Both her mother, Brigid Sweetman, and estranged husband, Mark Burton, are alleging that Jim illegally supplied her with the pills that she used to take her life. A judge set a trial date for April 26, 2018, but added that she needed more time to study the case. Jim's lawyers have argued that the case should be thrown out.

Tori Spelling and Dean McDermott were ordered to seriously pay up this week! A judge ordered that Tori and Dean pay off a $220,000 debt to City National Bank. In March, City National Bank issued a default judgment against the couple for $188,000, saying the new parents took out a $400,000 loan in 2012 and only paid back about half of it. It also wanted another $17,000 that Tori allegedly overdrew from her checking account. Court documents show that the judge granted the bank's motion for default judgment and ordered the couple to cough up $202,066.10 to City National plus another $17,730.56 for a grand total of $219.796.66. Ouch.

Kim Kardashian West was full of revelations this past week while speaking to Andy Cohen on "Watch What Happens Live" on May 29. The reality TV star opened up about her feud with Taylor Swift (they haven't spoken since Kim issued those Snapchat receipts last July). Kim said she knew by the honeymoon that her marriage to Kris Humphries was over. Kim said her mom, Kris Jenner, wants nothing to do with Caitlyn Jenner. Kim revealed that she eats the same salad every day. And Kim admitted she's been "begging" sister Khloe Kardashian to become a surrogate mother and help her have another child. Kim is an open book! 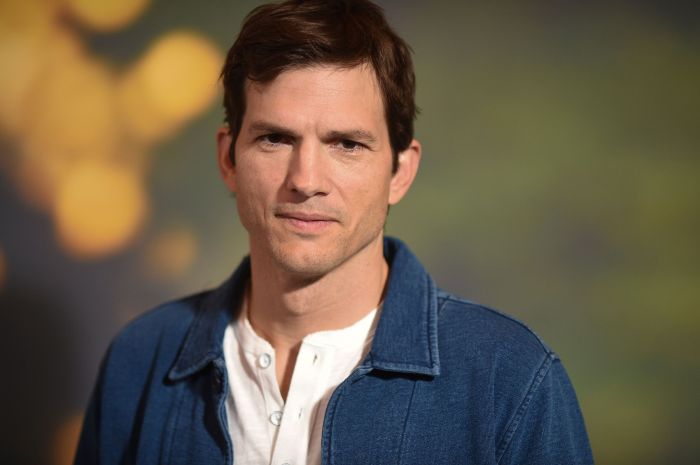