Adele's new fitness routine is about her son, not about losing weight

New life, new bod! Adele recently split from her partner Simon Konecki and has been getting serious about her health ever since. Her fitness regimen includes private training sessions, Pilates and workouts at Rise Nation, according to People. "After Adele started working out, she never looked back. She was instantly a changed person with a different mindset," a source close to the singer tells People. "At first, she was very hesitant about keeping a workout routine. It was like she was questioning if she was gonna enjoy it enough to stick with it. But she has been incredibly dedicated. She continues to work out with a trainer. And she looks fantastic." Another insider previously told the mag her dedication to exercise is "not about losing weight," but rather abnout her son, Angelo, 7. "She wants to stay healthy for her son's sake, and though it's been challenging for her to keep a new workout routine, she is sticking with it," the source says. "She has taken a more serious interest in improving herself and is actually having a great time."

Ever since Selena Gomez released her new songs, "Lose You to Love Me" and "Look at Her Now," fans have been chatting about the fact the tunes were likely written about her ex, Justin Bieber. According to Us Weekly, Taylor Swift agrees — and couldn't be happier Selena transferred her feelings into her music. "Taylor Swift is a huge supporter of Selena and the shade she threw at Justin has made her proud," a source told the tab. Speaking to Ryan Seacrest after the music was released, Selena explained that it's "unfortunate" what she does gets wrapped up in her personal life, but "it would be inauthentic"

RELATED: Selena Gomez opens up about moving on from a certain pop star

Chrissy Teigen and John Legend have long been open about their opposition to Donald Trump. With the 2020 presidential election around the corner, the couple is starting to share with fans where their allegiances lie — and it sounds like they hope to see Elizabeth Warren in office. "My favorite — I'm going to say it, we'll break news today — is Elizabeth Warren," John tells Vanity Fair in the magazine's December cover story, adding that he believes she's "the best candidate running today and she comes at it with joy and with sincerity and with a wealth of knowledge and experience." Chrissy, whose Twitter fights with Trump have reached epic, viral proportions, agreed, saying she "loves Elizabeth Warren" as well as Kamala Harris. As for the current president's issues with Chrissy, John noted that it's clear he has "a particular aversion to strong women coming after him, particularly women of color," and suggested he hasn't been surprised Trump has badmouthed his wife.

Jack White performs at a campaign rally for Bernie Sanders

Chrissy Teigen and John Legend aren't the only celebrities ready to start stumping for their favorite political candidates. On Sunday, Oct. 27, Jack White performed at what he said was his first political rally, a campaign event for Bernie Sanders, at Cass Technical High School in Detroit, where the Raconteurs frontman went as a teen. "Bernie Sanders is telling the truth, and I really do trust him," Jack said during his six-song show, according to Billboard. Calling the Electoral College "the reason we're in the mess we're in now" in reference to Donald Trump's win in 2016, Jack said, "I have this silly notion that the person who gets the most votes should be elected," according to Billboard. As his set came to an end, Jack hollered, "God bless you, peace be with you all and good luck Bernie!"

Amid lawsuits against multiple British tabloids, Prince Harry and Duchess Meghan are reportedly considering building a second home in the United States, something Meghan's close friend Daniel Martin seems to think comes from Meghan's natural desire to protect her son, Archie, and her husband. In a new interview on "CBS This Morning," (via Cosmo), Daniel says the ITV documentary Meghan and Harry recently made represented a moment of "relief" for those close to the former "Suits" star who apparently aren't sure "what to do or how to help" her handle the negative press she's gotten since marrying into the royal family. "All of us who have known, we just didn't know what to do or how to help. But I feel like just putting this out there, it's hopefully demystified a lot about what's been going on over there," Daniel said. "She has a lot on her plate and I feel like she just wants to make sure that her boys are safe," he added. "I know her and she's going to totally take care of this –it's just about understanding the ways around it."

For Kerry Washington, acting is finally incorporating some of the real-life challenges she deals with on a day to day basis. The "Scandal" alum, whose new Netflix show "American Son" (based on the play of the same name) tackles motherhood, politics, race, social justice and other issues, checked in with ET over the weekend about how rewarding it's been to play a parent now that she is one, herself. "After playing Olivia Pope for seven seasons, I was having this alternate reality in my real life of becoming a mom and I didn't get to explore any of the feelings around becoming a mom while I was playing Olivia — because she chose not to be one, which is a choice I totally respect. But to be able to kind of explore how vulnerable parenting makes you is a privilege for me at this point in my career," Kerry said. "It was so important for me to allow people the privilege of stepping into the lives of this family and being on this roller coaster ride with them," she continued. "Because I think it gives us all an opportunity to reflect on who we are as a society right now, reflect on who we are in our marriages, in our homes with our kids and just take stock of where we're at and how we're doing. …I think we're at a moment where police violence is such an extraordinary problem in our culture. And I think there's a danger that these young men and women are becoming statistics. We don't know their names, or we don't think about their humanity, we're just thinking about enormous numbers." In "American Son," Kerry plays a woman looking for answers about her missing teenage son. In the process, she reconnects with her estranged husband. Speaking to ET, she explained that thinking about the situation "as a mom," has put her in touch with "that fear of having a black child and not knowing if they're going to be OK in the middle of the night." Kerry added: "And I just feel like tapping into that horror, parental concern and love, is so universal and helps us to protect these young men and women from being statistics and instead being a full, three dimensional, beautiful human beings that they are." "American Son" arrives on Netflix on Nov. 1.

Kanye West went all out for the first Sunday Service he hosted since releasing his much-awaited new album, "Jesus Is King." CNN reports he staged the event at The Forum in Inglewood, California, on Sunday, Oct. 27, ushering in the likes of Kenny G and a father-daughter duet with North West, whose mom Kim Kardashian West excitedly tweeted and posted about the event on her Instagram Story and Twitter. According to Kim, 'Ye and his choir performed songs from his "Life of Palblo" album. His latest recording finally dropped last week, along with an IMAX movie featuring the work of visual artist James Turrell.

The comedy world came together on Sunday, Oct. 27, to celebrate Dave Chappelle's contributions to the canon of American humor by honoring him with the Mark Twain Prize. But as Dave told the audience, he wouldn't be here had it not been for comedy. "I love my art form because I understand every practitioner of it, whether I agree with them or not I know where they're coming from," he said at the Kennedy Center, according to CNN. They want to be heard, they got something to say, there's something they notice. They just want to be understood." He added: "I love this genre, it saved my life." Others who attended the ceremony included Common, Bradley Cooper, Tiffany Haddish, John Legend, Chrissy Teigen, Lorne Michaels, Trevor Noah, Jon Stewart and more celebs.

Suzanne Somers, 73, couldn't be more in love with her husband and manager, Alan Hamel, 83. In fact, the "Three's Company" alum recently told the Daily Mail the two are still so into each other that they have sex twice a day. Crediting shots of "a melanocortin-based peptide used to generate sexual arousal," she explained: "I'm kind of in that groove, like when you were younger and you're in the mood all the time, and so is he, because he's on hormone replacements." She added that the shot works for both genders, according to Fox. "Oh, he's just so beautiful," she admitted. "I had sex with him on our very first date just in case there wasn't a second one. I just wanted to be with him that first time."

Ben Affleck's recovery slip over the weekend reportedly has his ex, Jennifer Garner, concerned, but it won't stop her from being part of his support system. That's according to Us Weekly, whose sources say Jen will continue to stay by Ben's side as he works on what he knows will likely be a lifelong commitment to sobriety. The slip happened Saturday as the actor was spotted stumbling outside a Halloween party in the West Hollywood section of Los Angeles. The next, day, he reportedly went to Jen's home, presumably to talk about what happened. "It was never as if this was simply behind him," a friend said of Ben's struggle with alcoholism. He has since told TMZ he won't let the slip "derail" him. A source also told Us Ben visited with his sober coach the day after the incident. 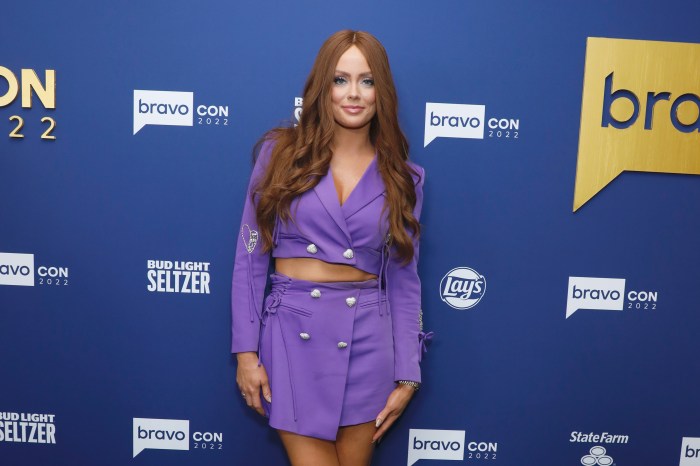